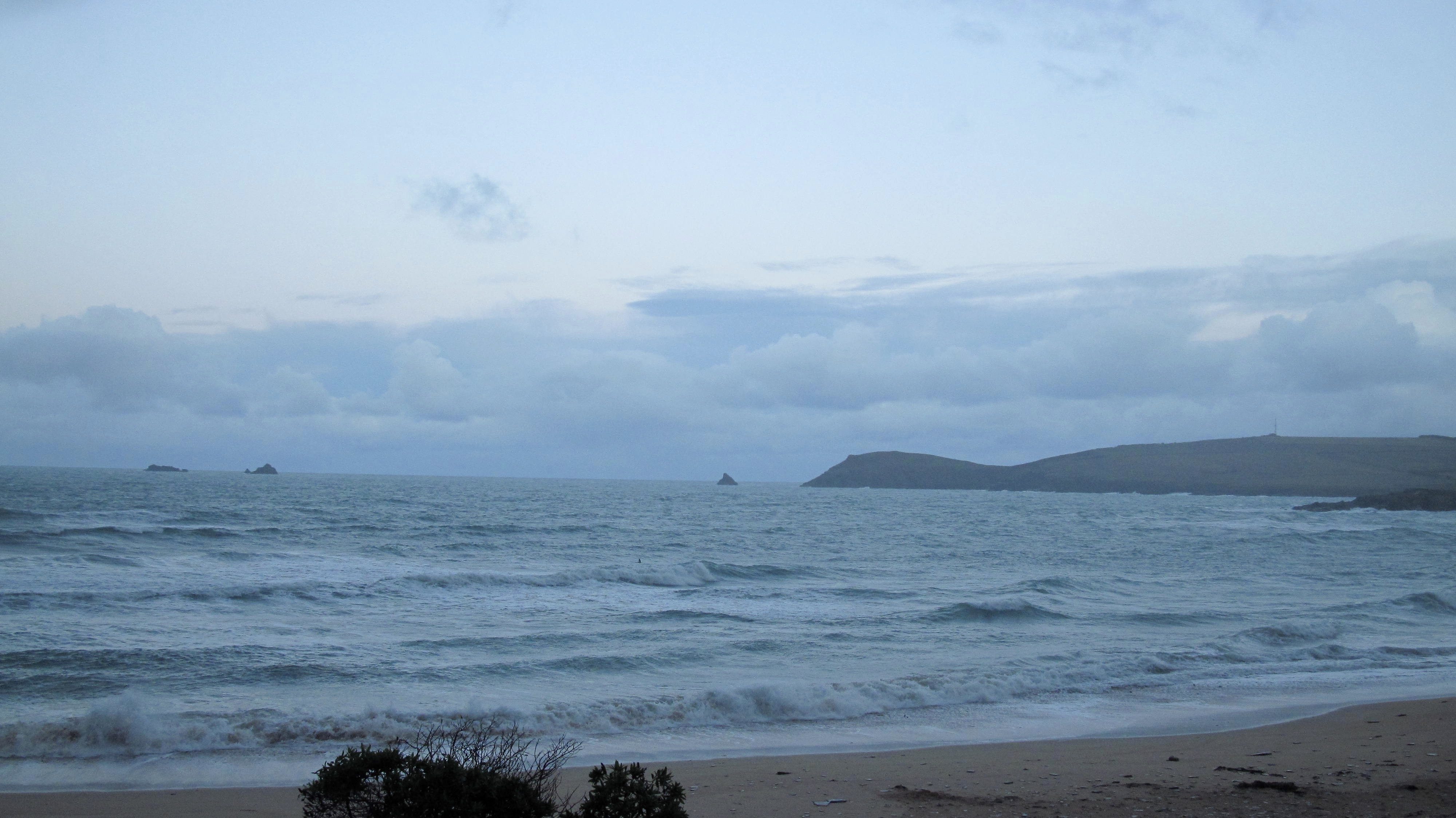 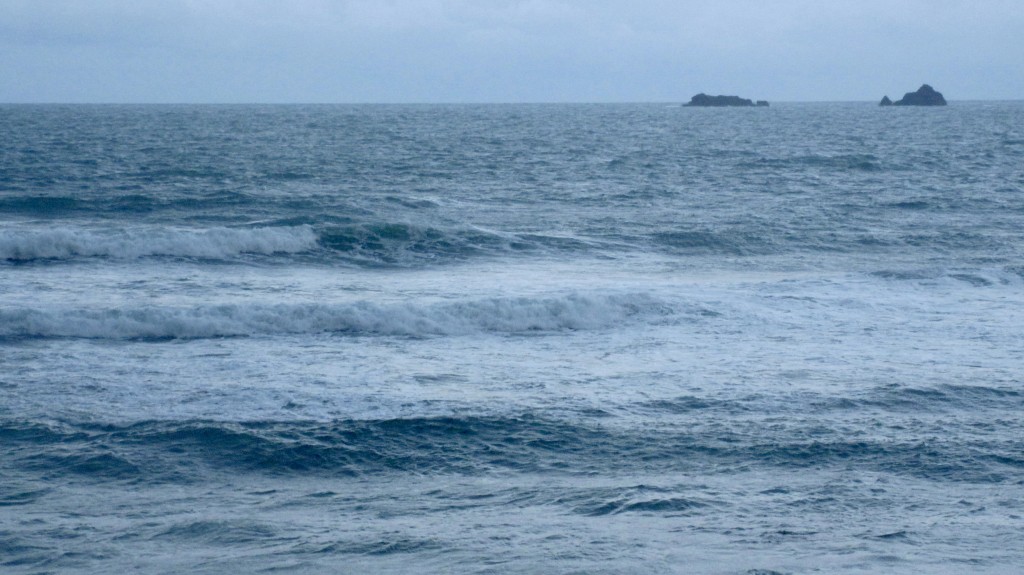 Well, the wind has eased off this morning and there are some brighter gaps in the sky but there are also still some big black clouds up there while that wind continues to be strong enough to push them along quite quickly too.
And the wind is still strong enough to keep the surf choppy as well.
So there’s three feet or so of crumbly and washy, mixed up surf tumbling into the bay, the still highish tide deep enough to make those wave sizes a little deceptive maybe.
The dropping tide might show some steeper and snappier surf but the wind seems set from the south west and so we must expect choppy surf here all day.
Let’s see if it’s big enough for Harlyn…. 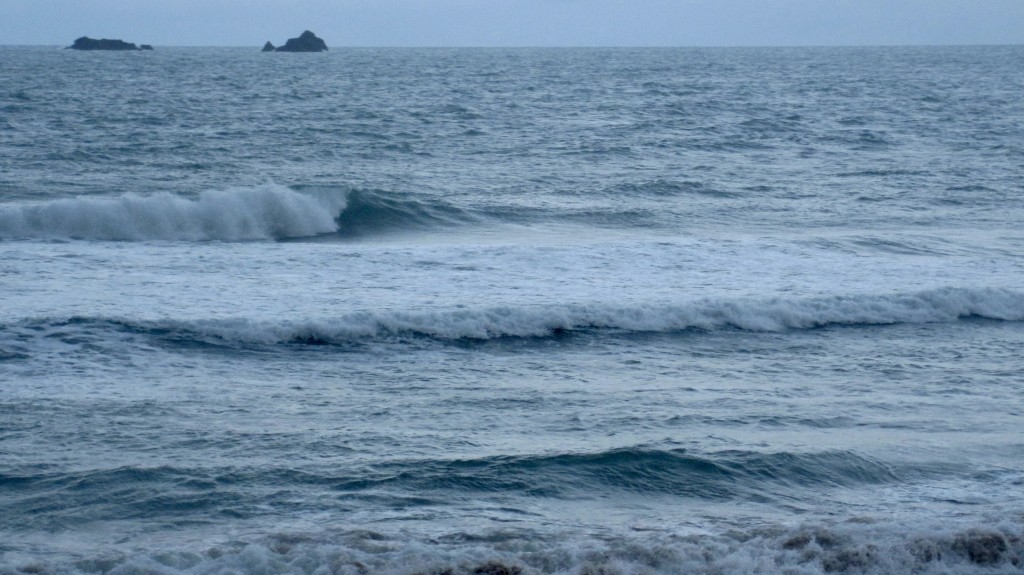 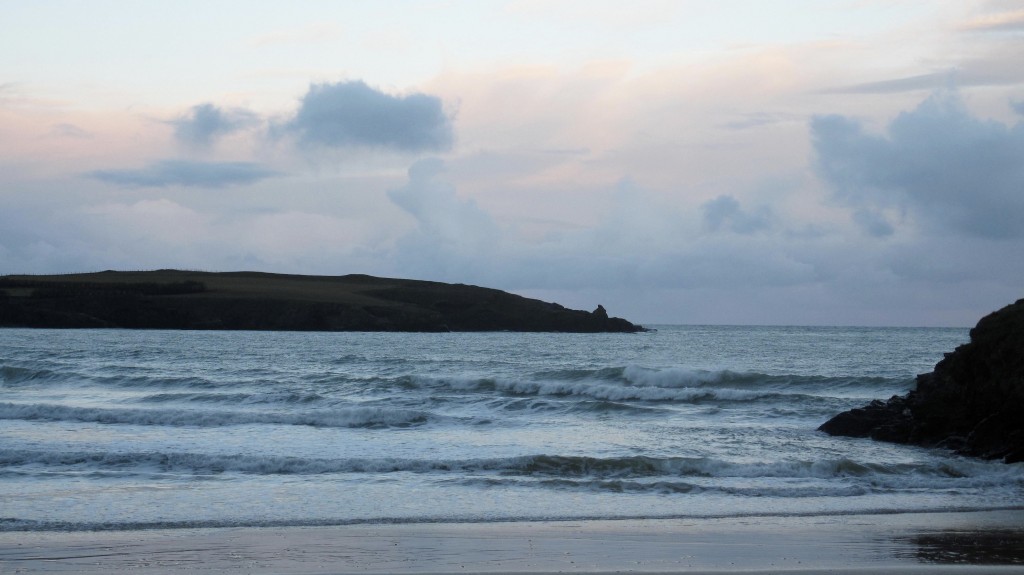 There are only small waves washing in here this morning, a couple of feet or so with those odd, infrequent, one wave sets that might be just a little bigger. There’s a bit of wash crumbling across the waves too, a sign that the wind might be a little more westerly than first though.
That should clear up with the dropping tide though.
So, a foot or two of small but fairly clean surf on a brighter (and chillier) day than we have seen for a while!
That’ll do! 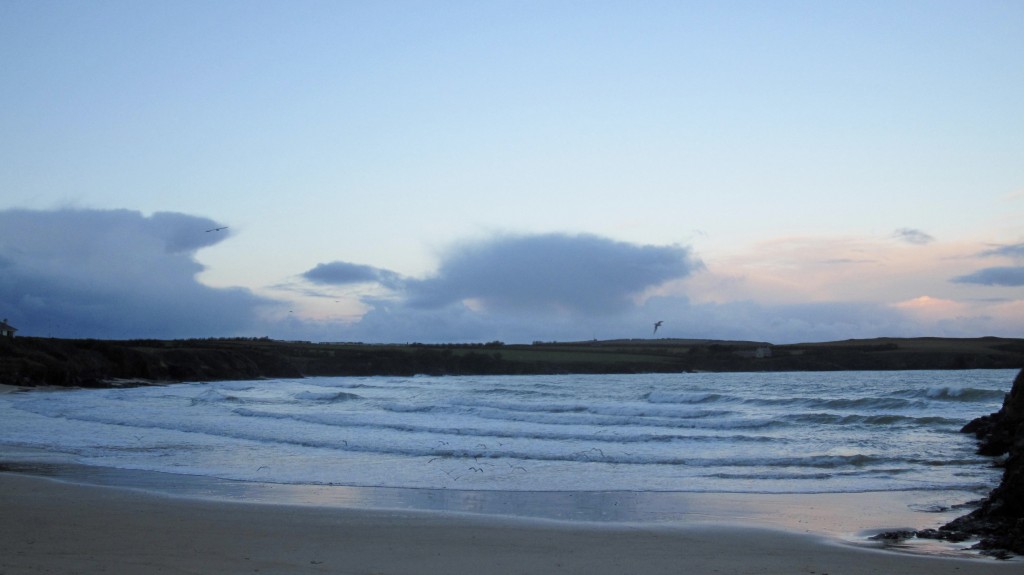 Ah, the wind is forecast to slide back to north westerly, onshore everywhere.
The swell should be bit bigger though so there might be the chance of those tucked away corners for a moment or two. Or, more probably, another trip to the south coast!

This week started off again with strong blowing north westerly winds, making a mess of the surf everywhere on this coast while dropping the air temperature at the same time.
Big swells have been rolling our way through Monday and Tuesday, that wind making a wild mess of those choppy and bouncing waves but it should back to the south west if only for a short while during midweek.
Wednesday morning should see the wind changing to the south west, a milder direction, still onshore at most of the breaks but offshore at some of the sheltered spots. So Harlyn might provide some small but cleaner waves to ride but make the most of it, those winds are going back to the north west soon enough and are like to be staying there until the weekend at least.
Have a great week, wherever you are and whatever you’re doing!