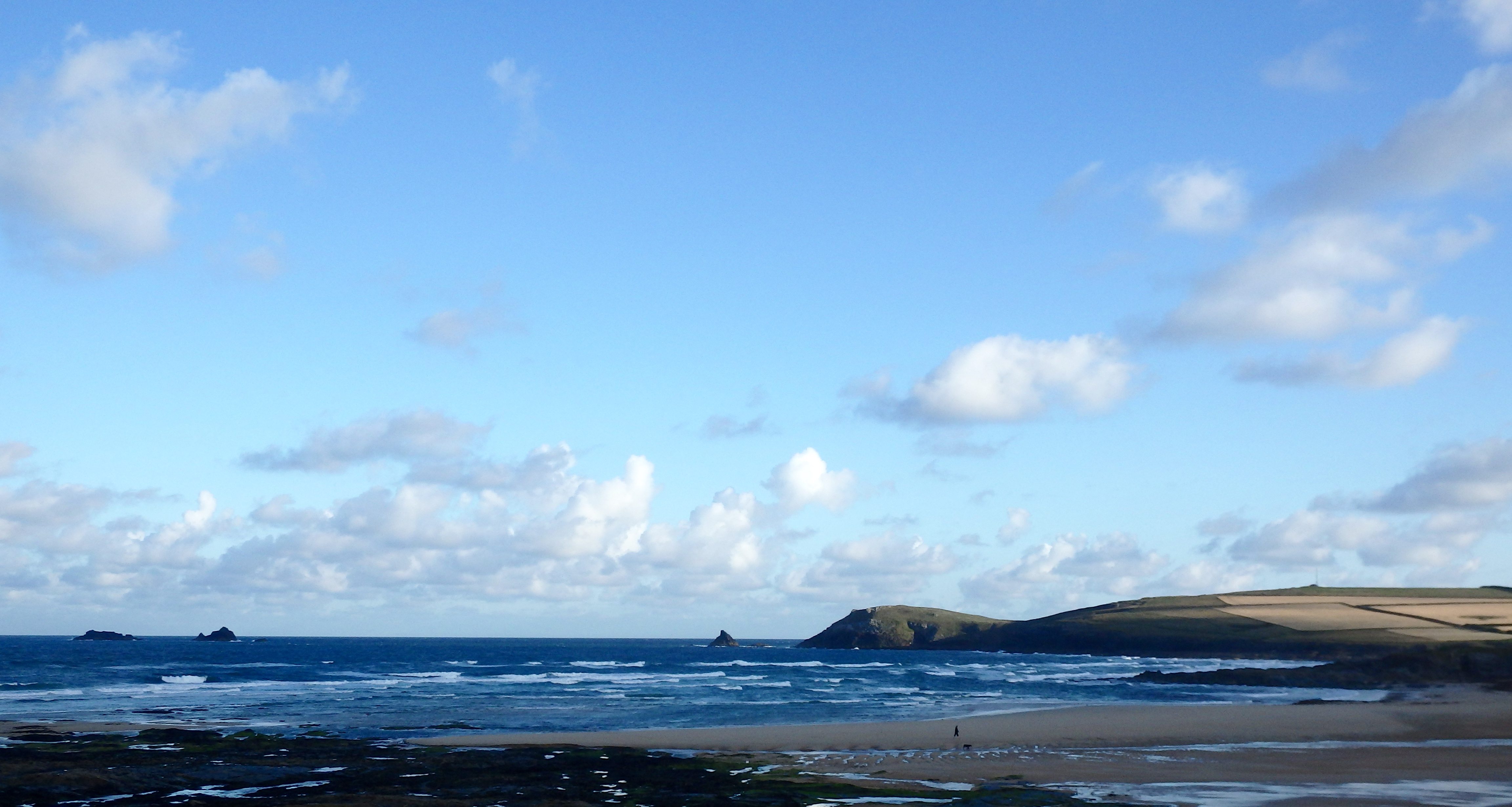 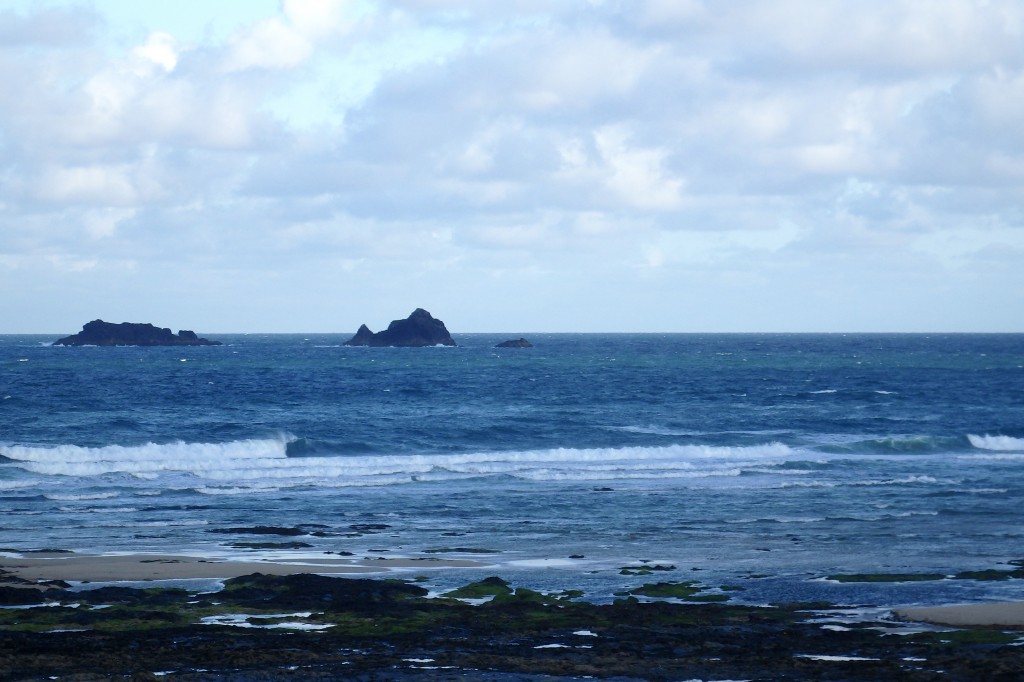 Fresh north westerly winds continue to gust down the coast this morning, that jagged sharp panorama crystal clear in the early morning light.
And so the surf is pretty junky again today!
A couple to three feet of slopped and chopped surf is bouncing in, some of those left-handers churning across the shallows.
There are some worthwhile peaks and troughs to jump into but there is going to be a lot of paddling to get them! 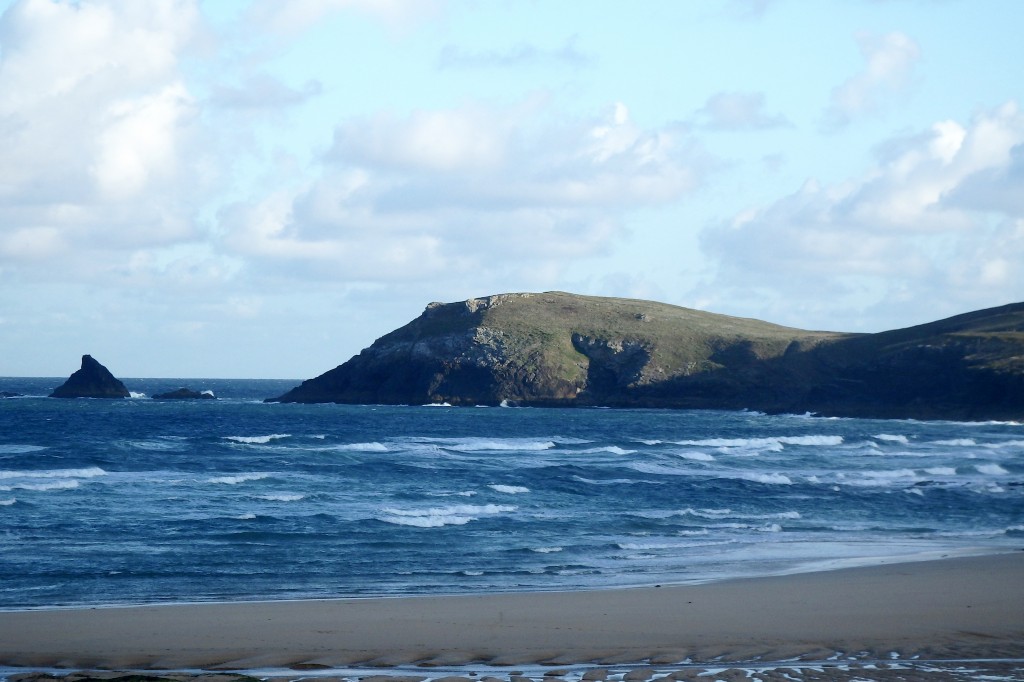 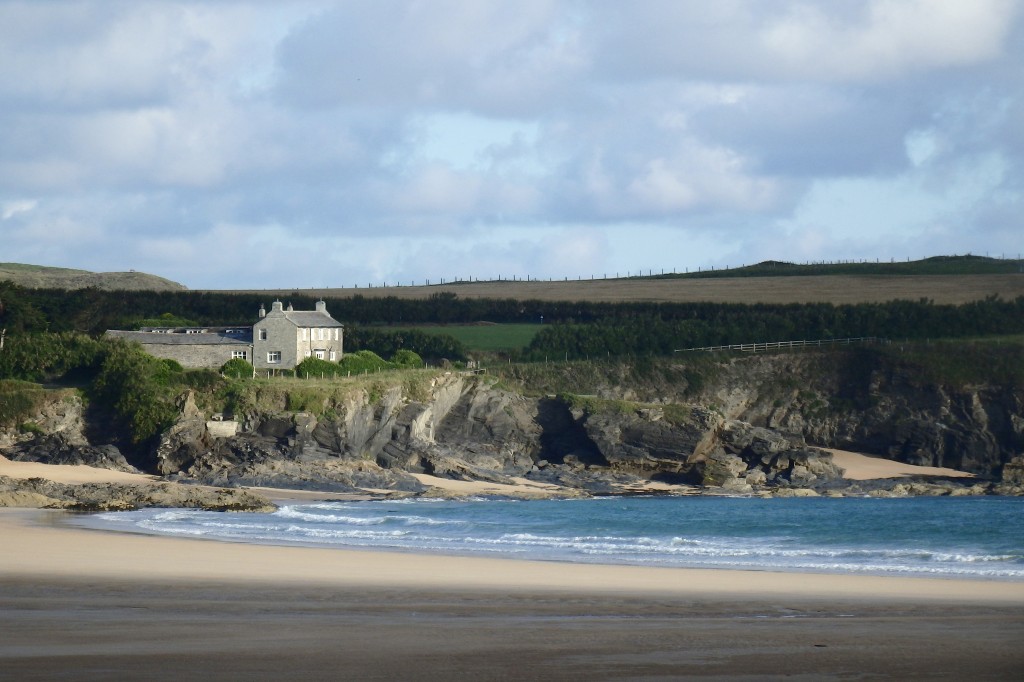 The surf is pretty much flat here today, that brisk north westerly wind cooly chopping and slopping those tiny waves too.
It is all as pretty as a picture here this morning, the early morning, crisp and clear light highlighting the bay, a more familiar scene in autumn than high summer but the surf isn’t all that great right now. It might build a little with this morning’s tide but it will still be choppy and sloppy and only small anyway. 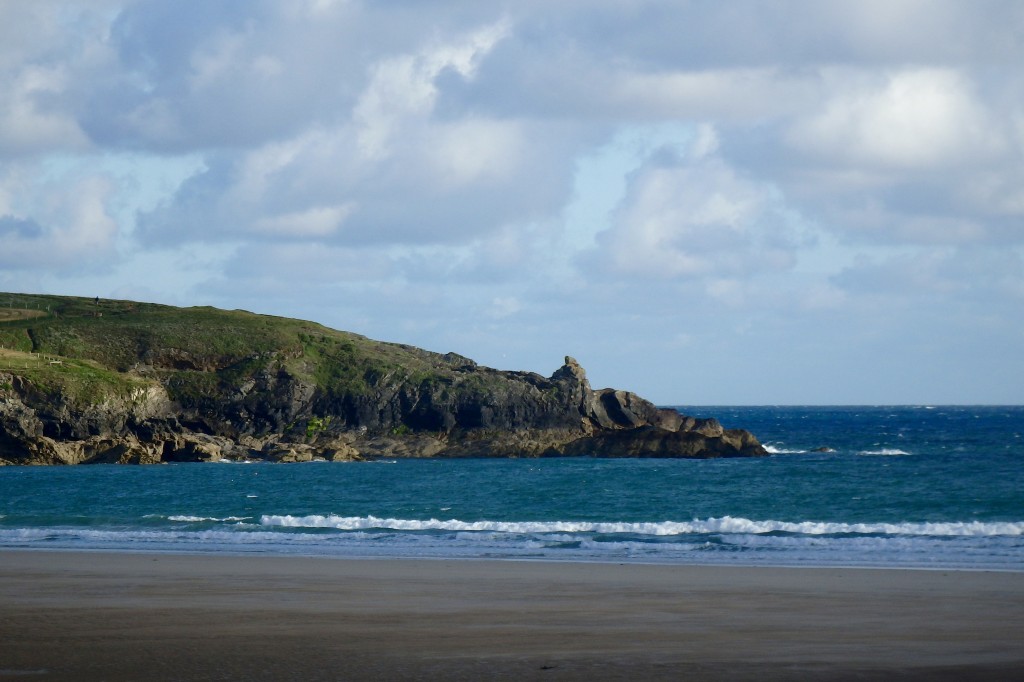 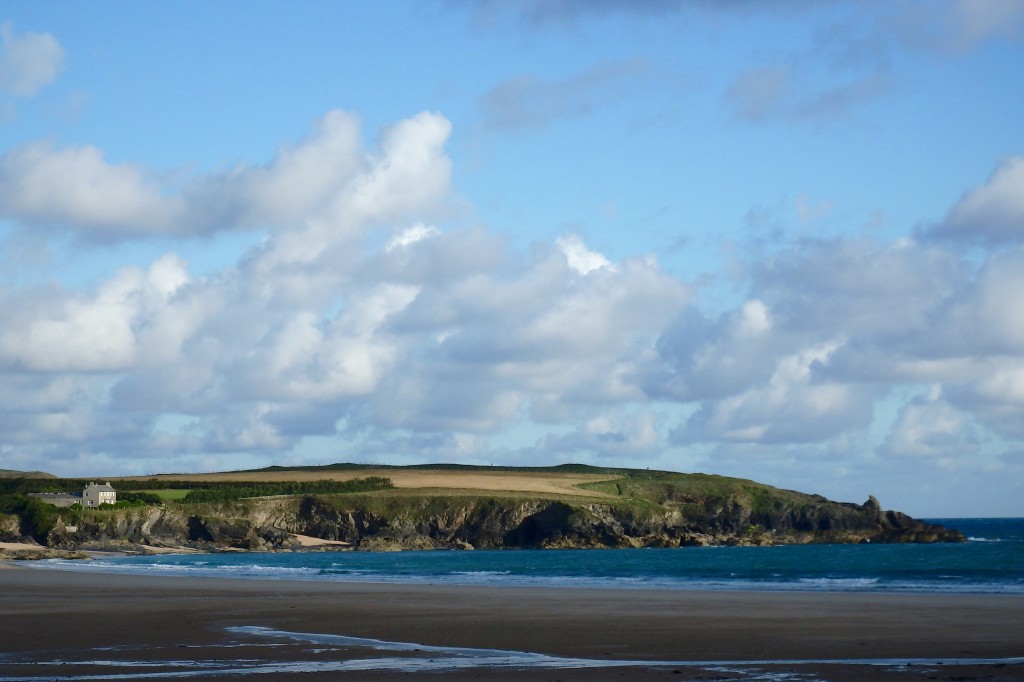 The wind should ease in strength through today but otherwise it is going to be another similar day to the rest of this week.
That north westerly wind will continue to chop and slop the surf while keeping temperatures down on an otherwise bright and cheerful day.
The evening could be fun as the breeze lightens further, maybe allowing some peaky longboard gliding waves to roll through!

The breezy and fairly lacklustre start to this week should quickly be forgotten as the weather kicks in through the back half of the week.
A wind pushed and lumpy five to six foot swell should start the week, pushed along by a fresh westerly wind. As the wind eases in strength so too will the swell, only gradually but noticeably, leaving only a couple to three feet of north westerly wind blown chop to surf by Wednesday.
And then the sun should shine for the rest of the week, even if the surf drops away even more.
So, a breezy and mixed up mid July week of surf awaits, not exactly full of promise but interesting enough to keep us all engaged!
Have a great week, wherever you are and whatever you’re doing!