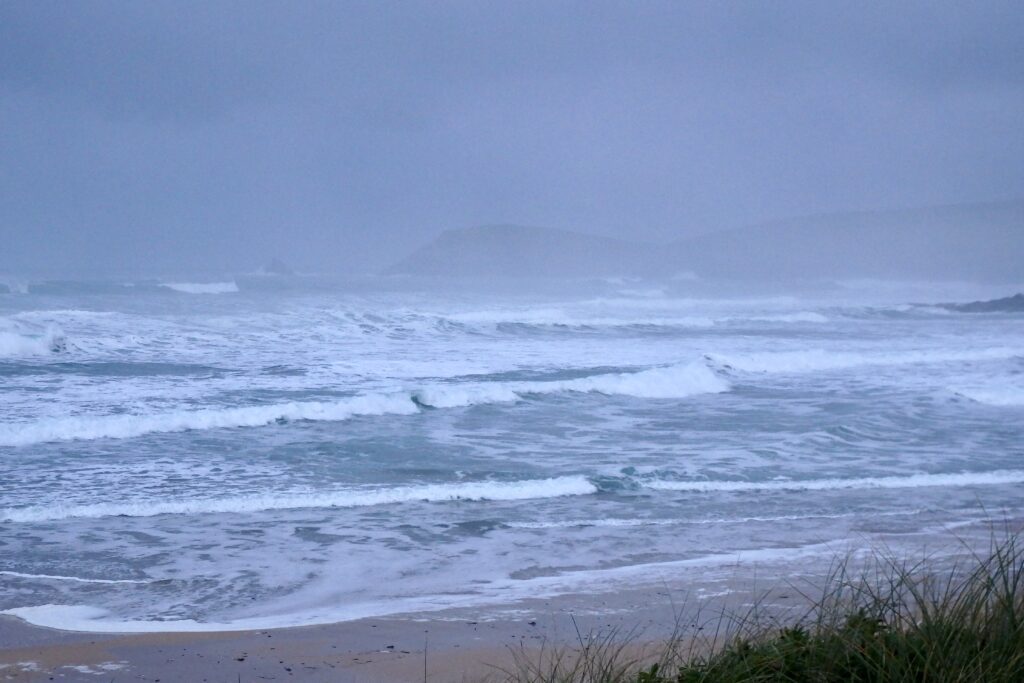 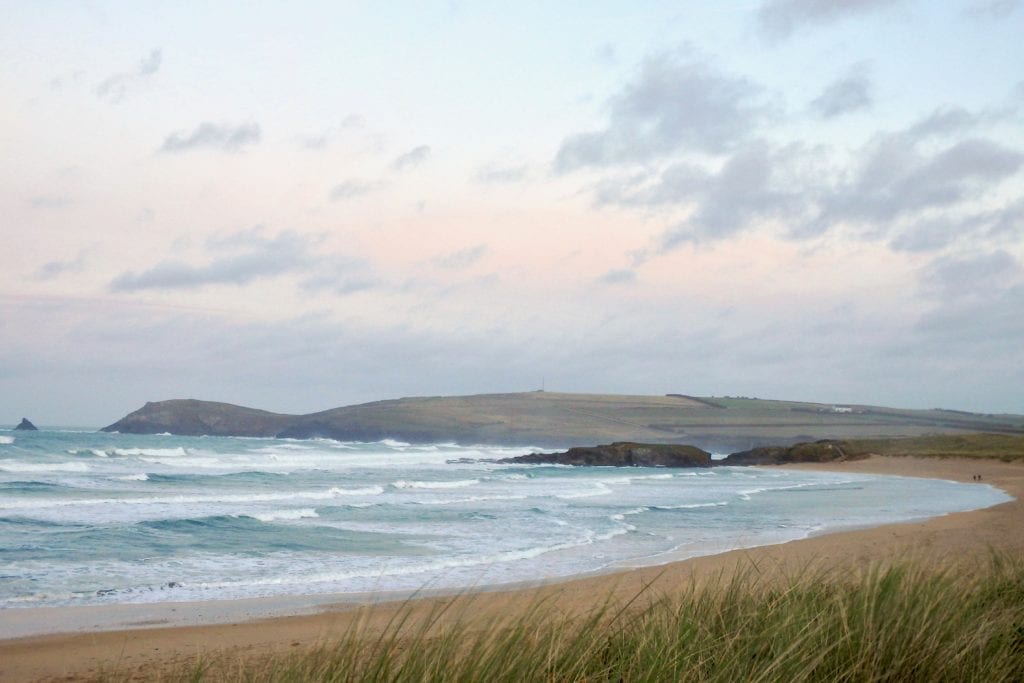 That south westerly wind continues to bluster into the bays this morning, the air mild, the sky a patchwork of blue and white and grey, the occasional tower of dark and threatening clouds barging into bundles of cloudy fluffiness.
And the surf rolls on.
Four to six feet of wind whipped and chopped, sloppy surf is still pushing ashore twitchily looking for somewhere to break but not quite managing it.
Yep, it’s an onshore messed mix of chop again! 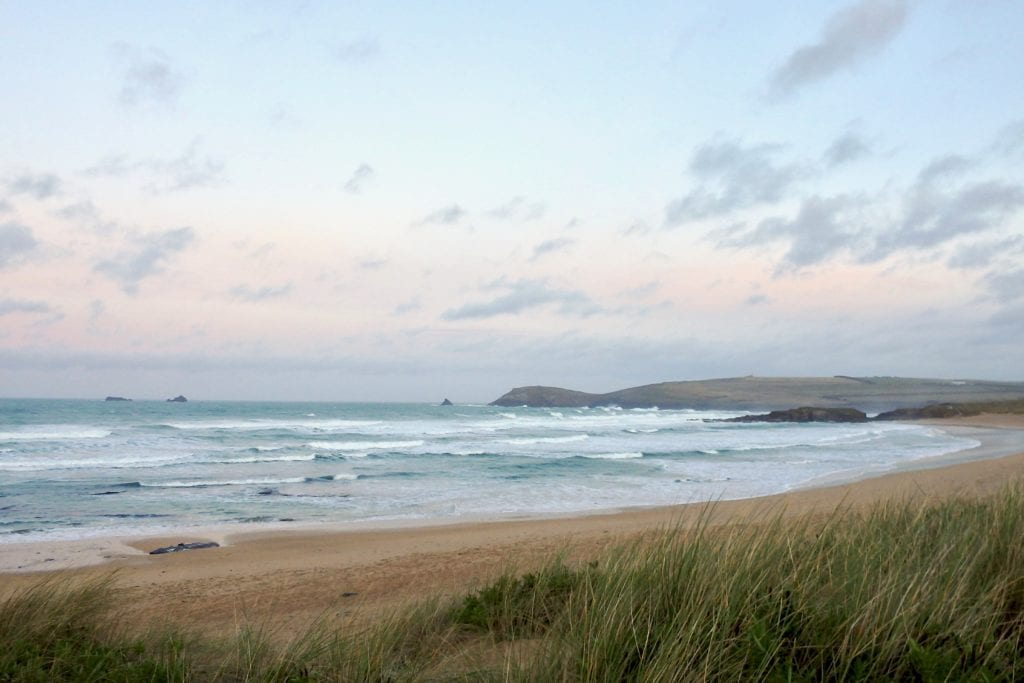 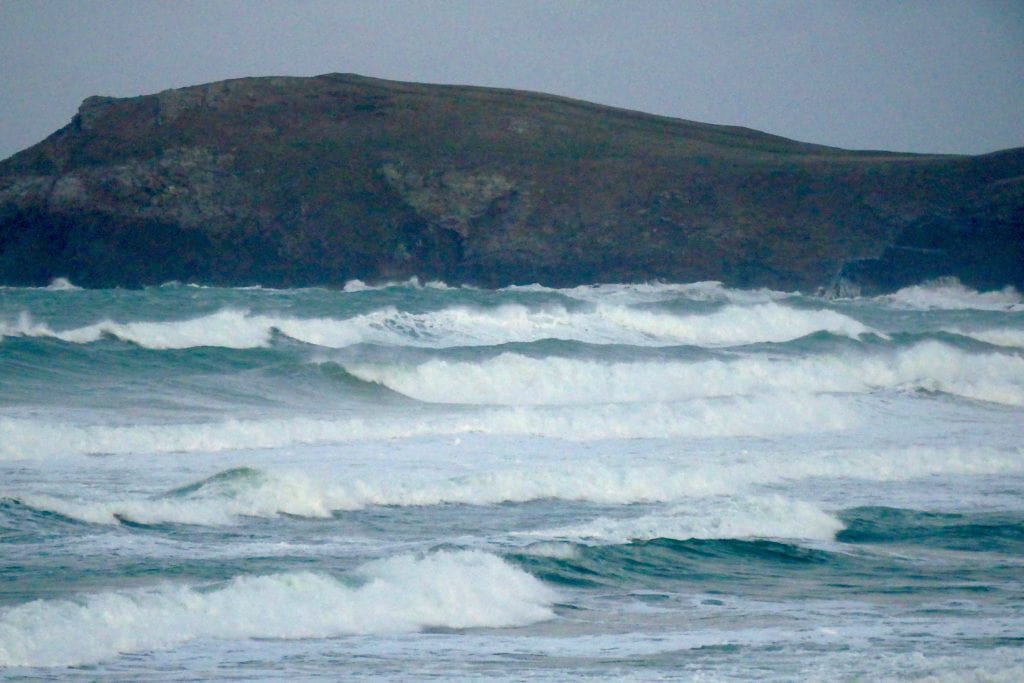 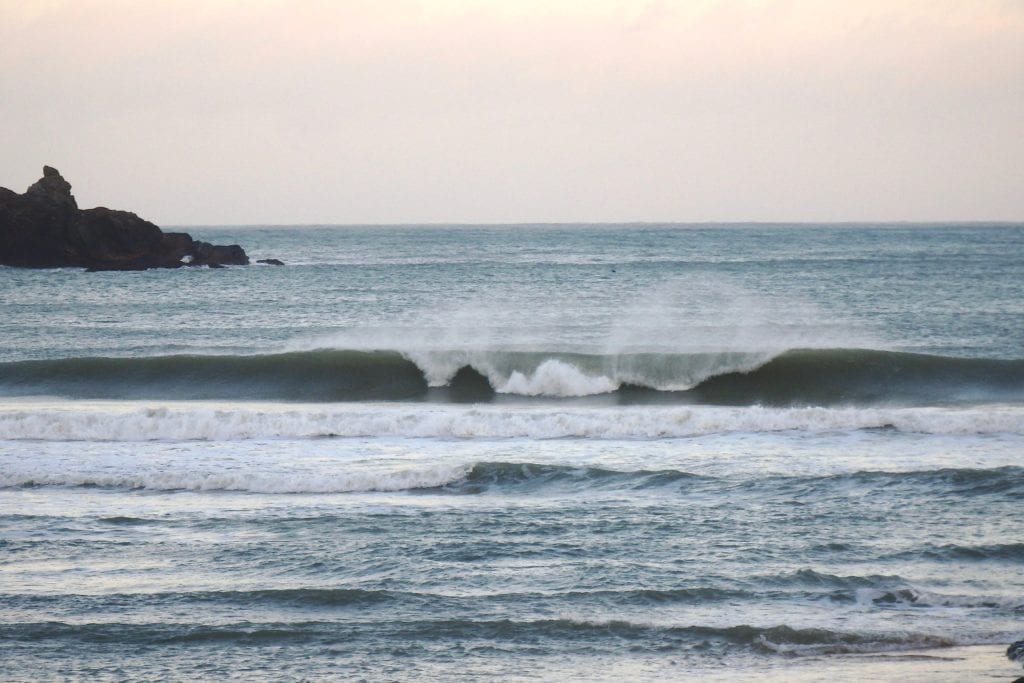 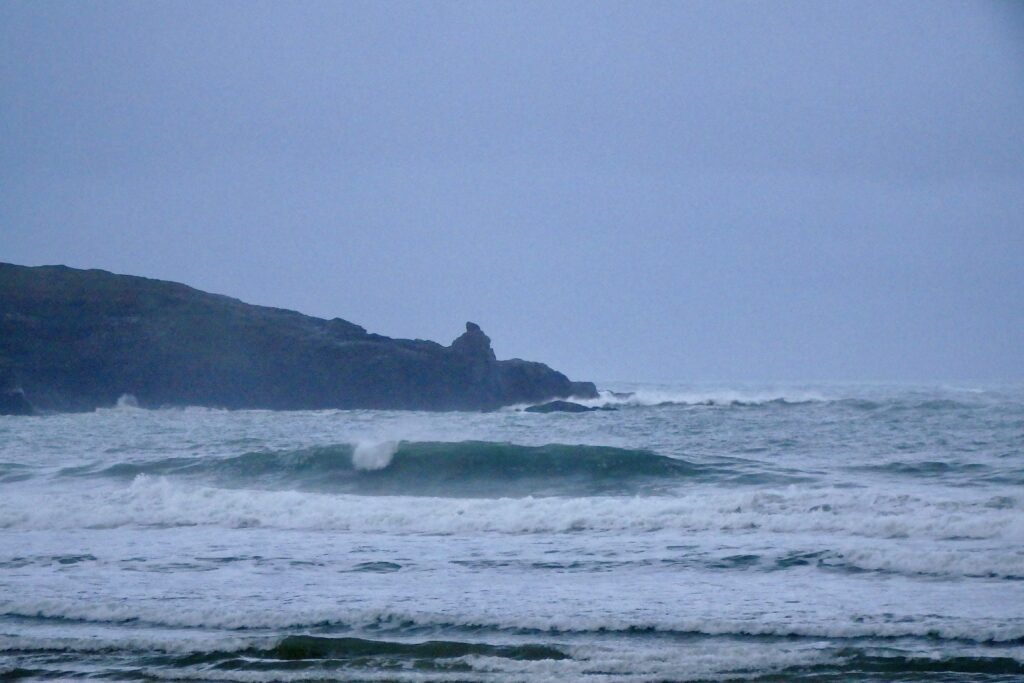 Harlyn has its shine on this morning with three to four feet of reeling and spinning waves.
Wedgy little peaks are folding over themselves on those mid-beach, pre-high tide banks. This might just be as close to you might ever see Harlyn peeling!
So, it is smaller than it might have been but the shape is way better than expected and with the wind forecast to back further to the south, that shape should remain attractive too!
Harlyn has been fun for the last little while now and looks to stay that way for a while yet! 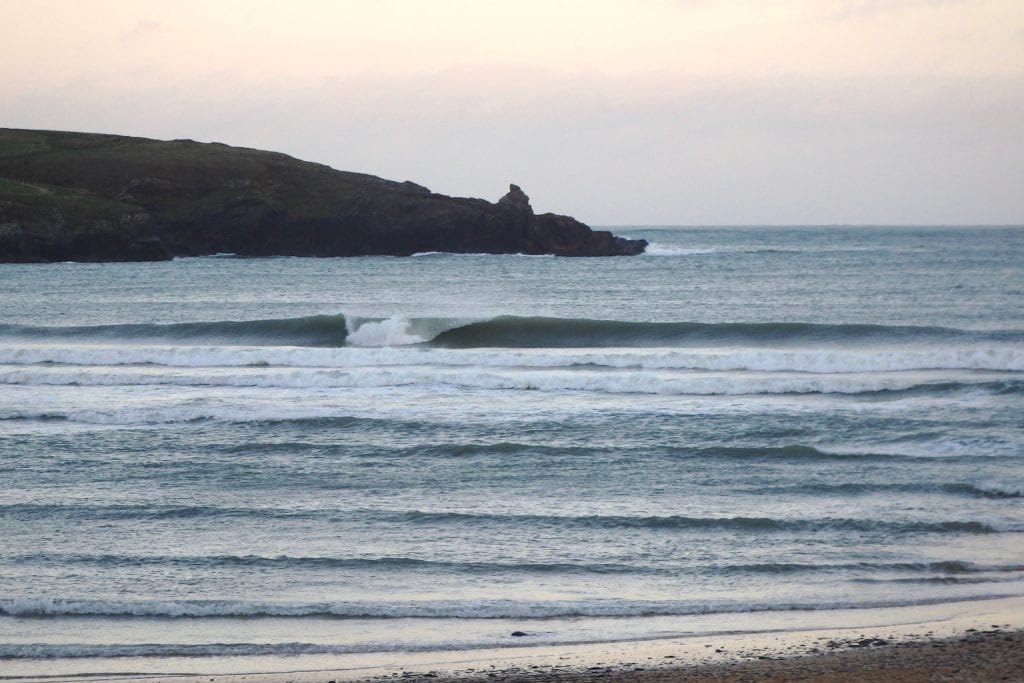 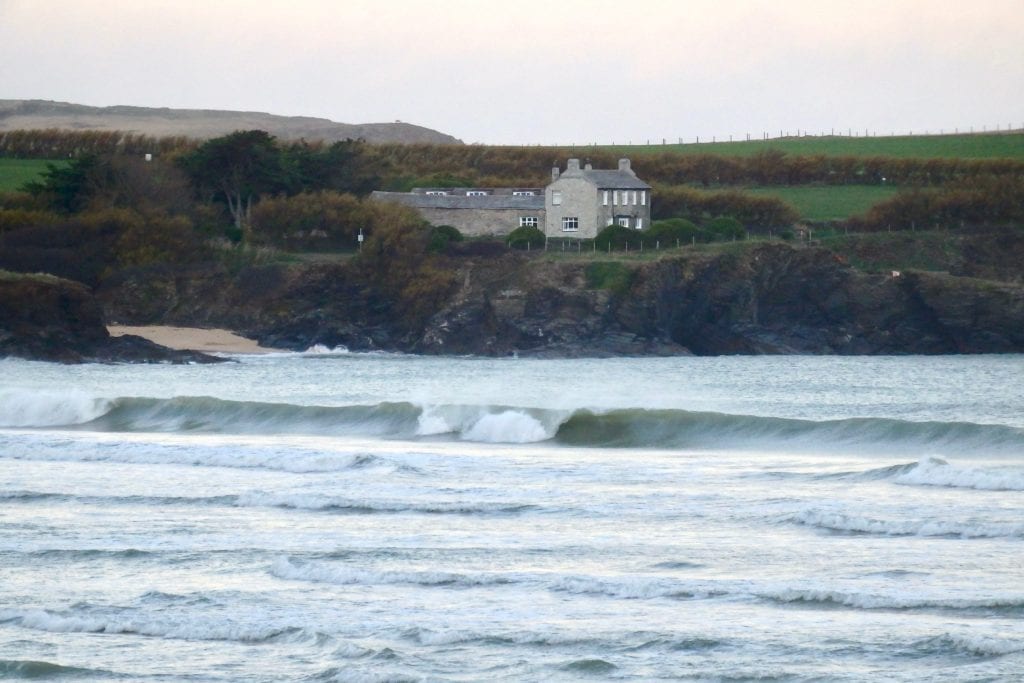 Today could just be quite good if you’re willing to trek a little.
We are anticipating that thick and chunky swell to carry on pummelling its way ashore remaining in the six feet plus size range while the wind continues to back further around the dial eventually settling to the south east – offshore.
You might have to pick your place but several of our favourite surf breaks up and down the coast could just be all time today!
And if you manage to squint ahead just a little, the weekend is beginning to look beyond epic!

While that same six foot swell continues to roll along our coast as the week winds down, the wind is ever so gradually veering more offshore.
This could or should result in fabulous conditions throughout Thursday and into Friday.
Those waves should keep some gutsy size to them but should start to peel and pitch and hollow themselves into perfection.
You might just have to travel a little to get the best out of the size and shape but it should be well worthwhile with all those point breaks and reef breaks and Rivermouth breaks up and down the entire coastline and beyond throwing up some incredible surf.
And then the weekend!
The weekend is starting to look all-time with monster swells meeting brisk offshore winds.
If you’re fit enough and psyched enough and practised enough then this could be your weekend!
But take it easy out there, it could be testing.
And I’m slipping away this weekend but Charlie will be keeping things alive in store through Friday to Monday!
Have a great week, wherever you are and whatever you’re doing!