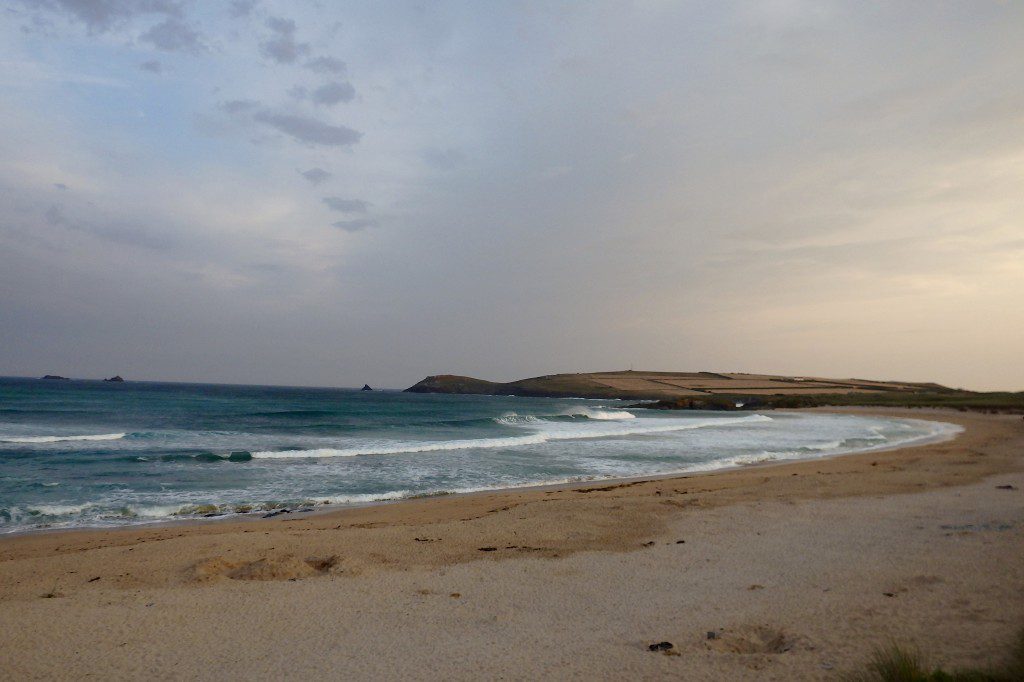 The surf is pumping this morning!
Four feet or so of curving and looping, peeling waves are grinding up the beach as the tide starts to drop away from a seven metre spring high.
The wind is still screeching offshore, a pollen laden south easterly blowing into that thick and solid swell. The sky is a little darker than you might like, a threat of wet stuff in those gusts.
But the wind should settle as the day goes on, allowing that swell to flourish. We can expect some great surf through today! 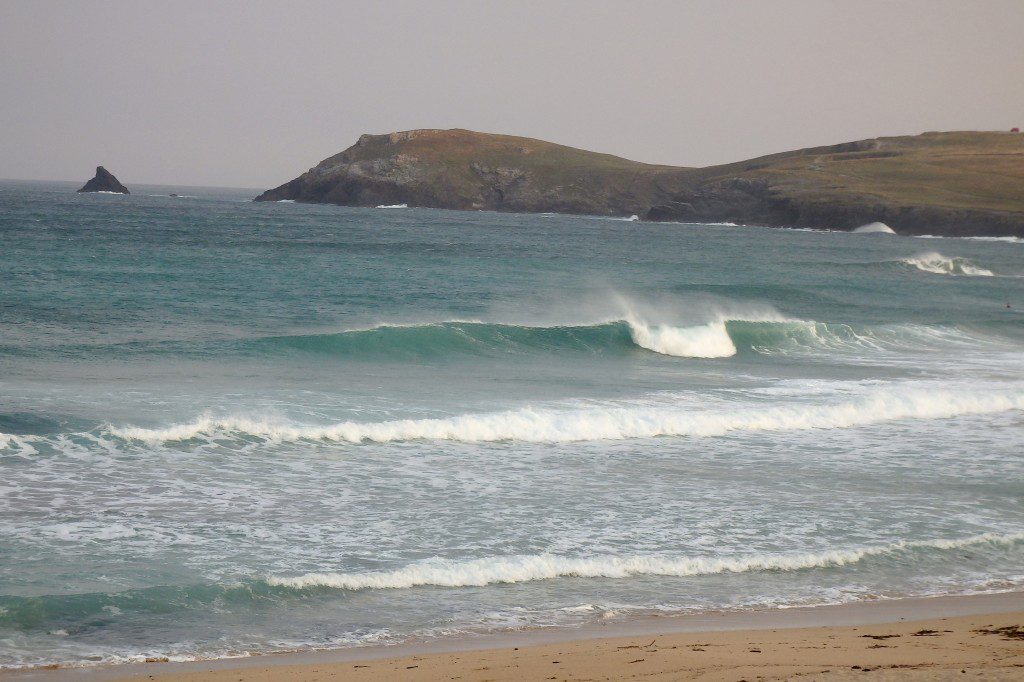 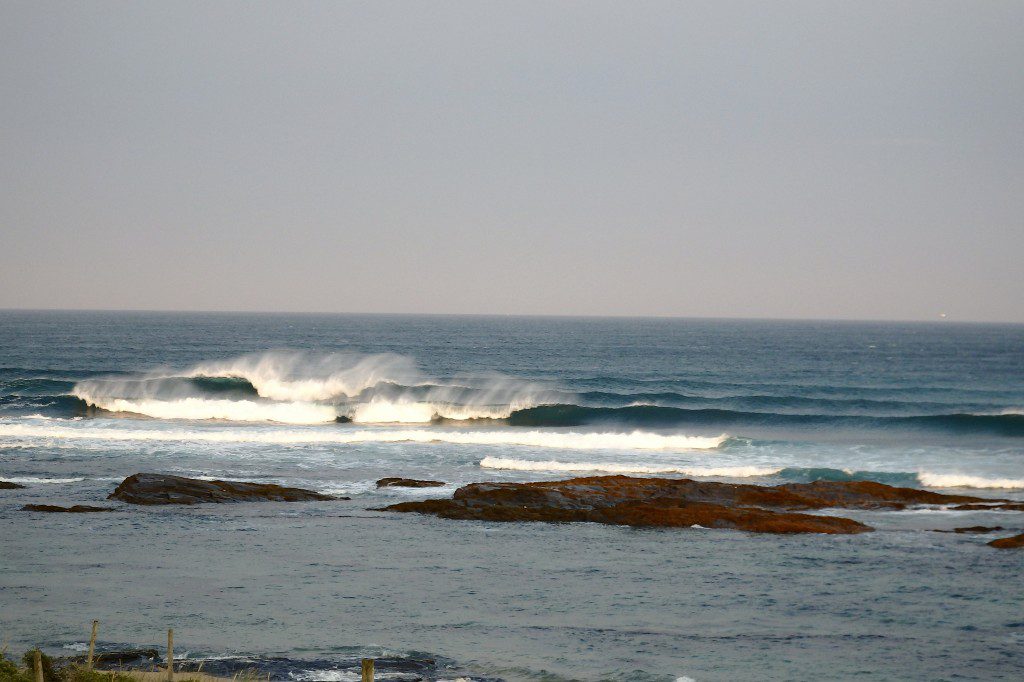 A foot or two of offshore shaped little reelers are fighting their way ashore against that gusting offshore wind here this morning, a turquoise corduroy of tiny lines stretching out to the horizon.
The other side of the headland is reeling and rocking with some meaty and hollow swells but there is a foot or two of mini-shorebreak happening here too. That could be more suitable for the micro-groms on their holidays.
Again, the tide will have its effect as it drops away through the morning, pushing up some more little waves on this afternoon’s rise. 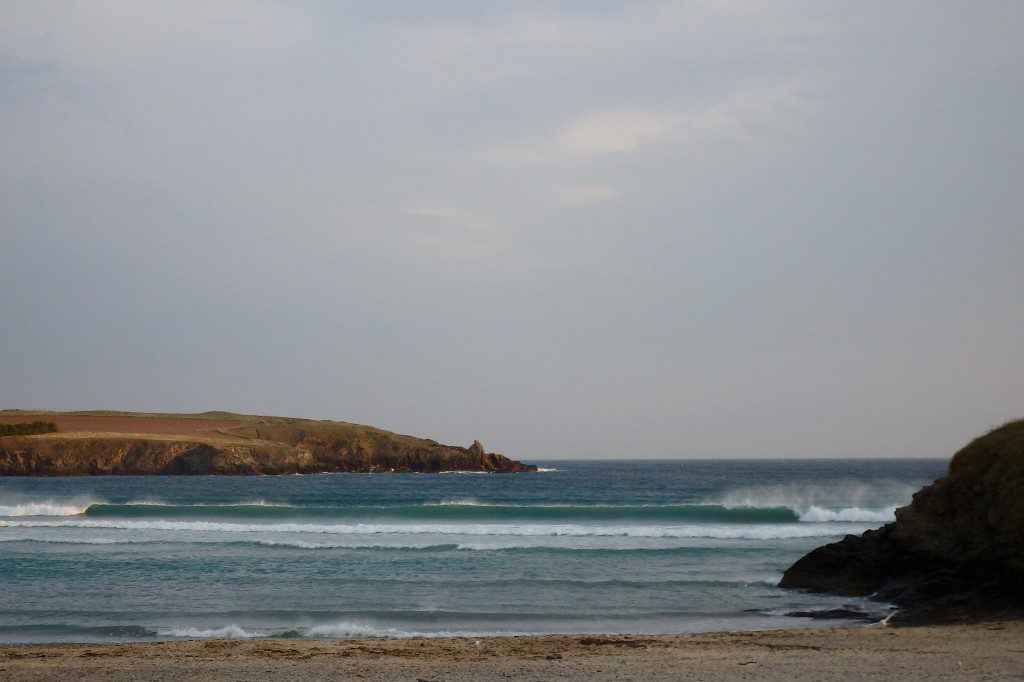 The wind is likely to have eased and changed direction too, a light but steady westerly replacing the strong offshores of the start of the week.
And so the surf is likely to be a messier mix of onshore blown and choppy stuff but with a decent three feet or so of size to be enjoyed.
Early and late are probably going to be the best time but you’re going to have to duck around the high tides to get the beat out of that!

We have been enjoying a long awaited but no less fabulous start to this week, the sun shining, the breeze light and offshore, the surf small but perfectly formed.
Tiny conditions might have frustrated the grumpier and less nimble on Monday but the weather and deliciously shaped little waves should have made up for any lack in size, while late Tuesday finally started to deliver some much more rideable surf, if only after a bit of a wait. A couple of feet of offshore shaped and peeling little surf was glinting and glistening at high tide on Tuesday evening in the beautiful summer light of cloudless skies. Wednesday is showing some thumping swells blasting onto our favoured surfbreaks, the offshore wind too strong but still shaping and holding those waves into some hollow and peeling little barrels.
Make the most of these beautiful conditions though, they won’t last forever! The breeze is likely to kick back onshore as we go through the back half of the week, with some much bigger surf promised for the weekend!
Have a great week, wherever you are and whatever you’re doing!