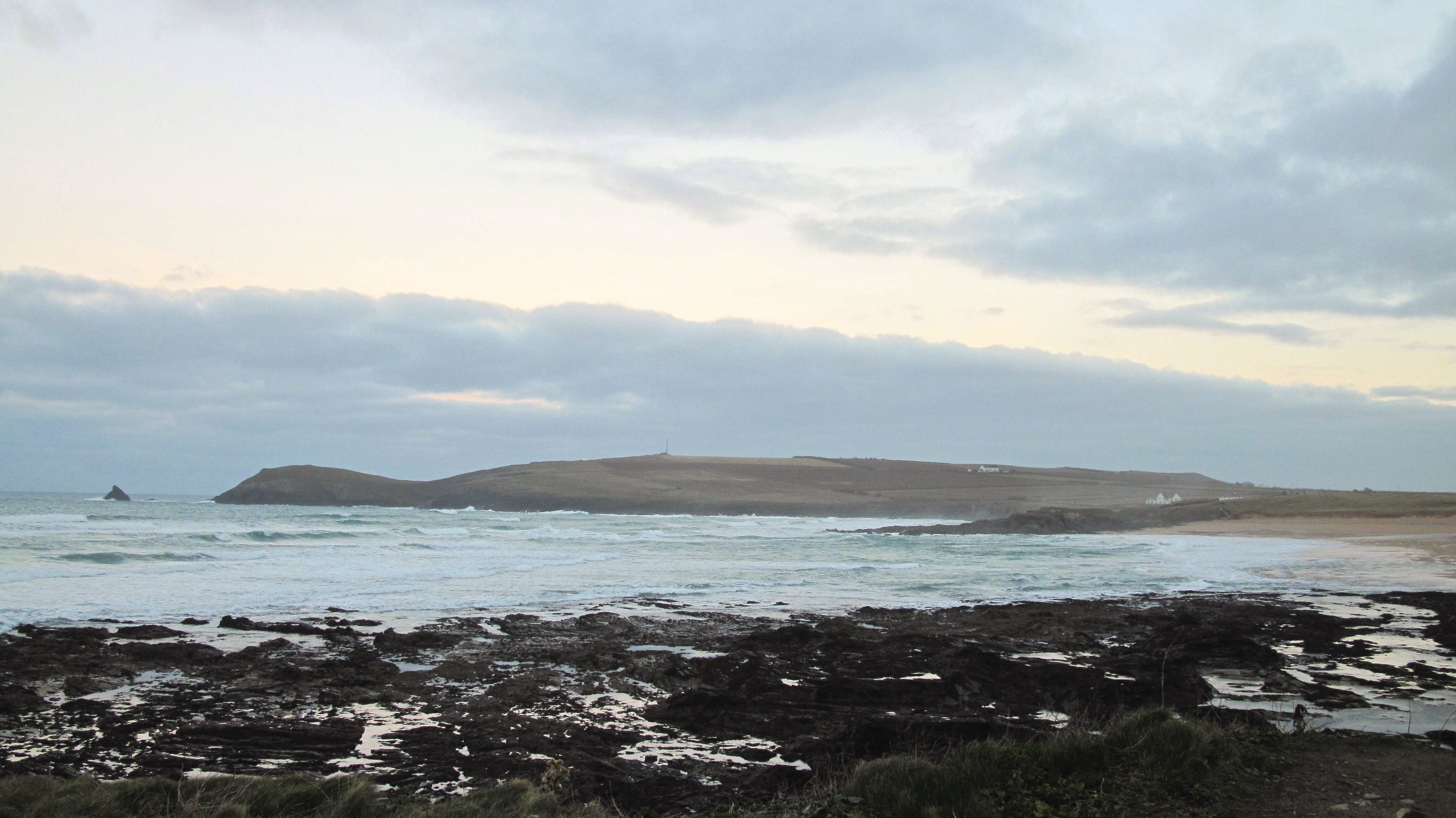 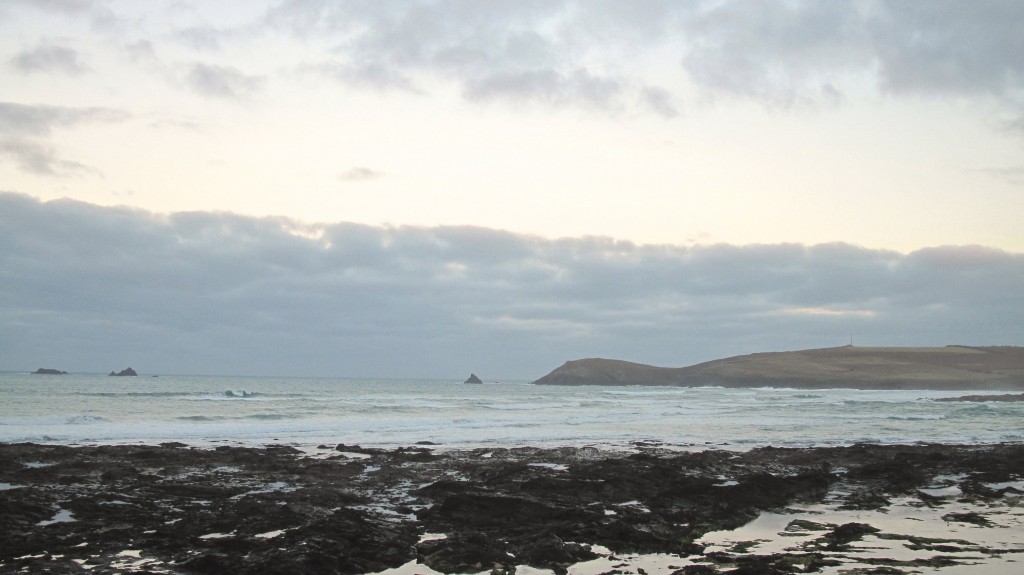 The sky is still bright and cheery this morning and the wind is light, mildly blowing from the south and west, dragging ribbons of greyer, early morning clouds across the blue.
The surf is trying with three to four feet of bumpy but lined up stuff wandering in, sets almost twice that size waiting for ten or more minutes to show themselves. Those big sets are in the six feet plus range but there’s time to have cup of tea while waiting for them.
The tide is halfway out and so it’s nowhere near its best but that wind is steady and onshore and feels as though it’s not in a rush to go anywhere else, so I guess that those waves are going to be bumpy all day long.
It is very surfable but the paddle is likely to be a chorine some of the rides, short and sweet.
You are going to have to pick those waves!
Let’s have a look-see over at Harlyn……… 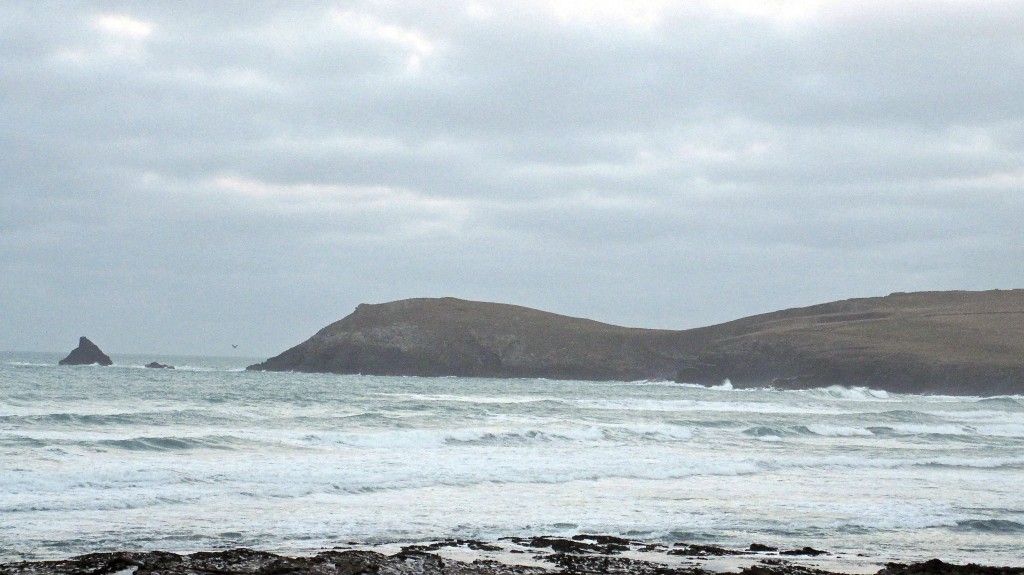 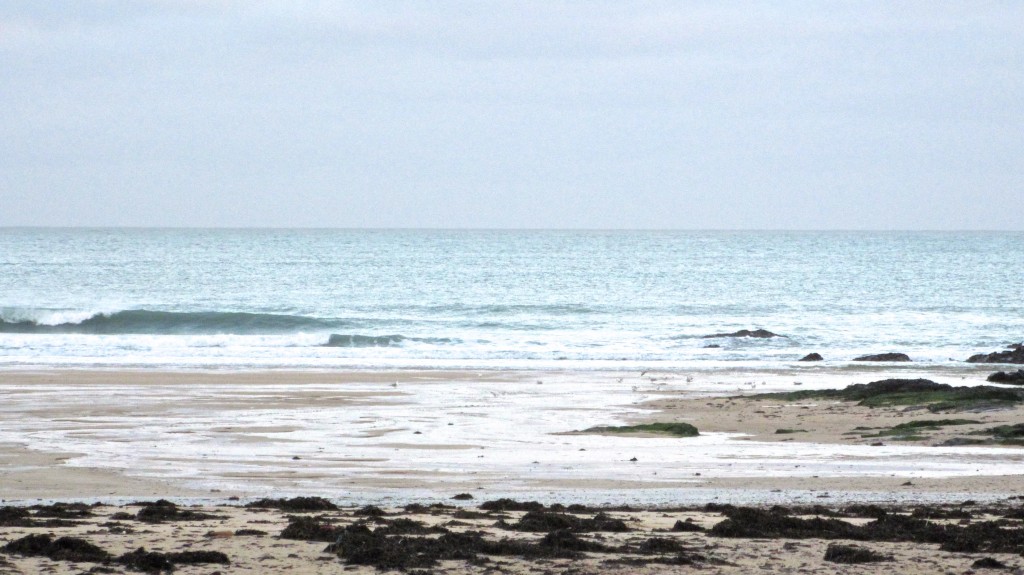 It’s pretty small around here at the moment, well, in-between sets that is.
There’s a foot or maybe two of clean and organised, lined up little waves marching in, being dwarfed by the set waves which are comfortably three to four feet plus. But those only two wave sets are easily ten minutes apart!
It will be interesting to see if the dropping tide allows for more sets to swing in, or whether this afternoon’s tidal push will help to make it more consistent but I’m pretty sure that there will be fun waves to be had through most of the day.
At least we will have time for a leisurely paddle back out and a chat between sets! 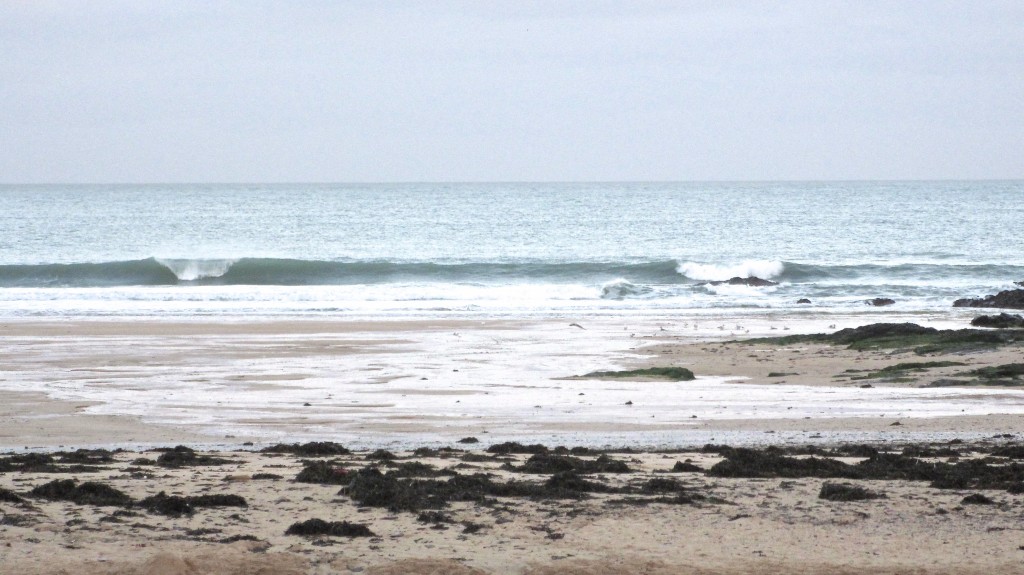 It looks like another Harlyn day today and a more consistent day than yesterday. But that wind is likely to be more westerly, sideshore at Harlyn, and so it is unlikely to be as clean and sharp as it has been either.
Still, four to five foot Harlyn in mid-winter is always a pleasure!

The wind should back to the south west through midweek allowing Harlyn and our other sheltered spots the opportunity to shine.
By Wednesday we should be surfing a decent three to four feet plus, very setty Harlyn with offshore winds there making for those hollow sandsmashers. With lots of sunshine around and much milder air temperatures there should be plenty of action to keep the school half-term groms occupied!
And that should be the way of it for the rest of the week, a decent swell rolling our way but with those annoying winds blowing onshore for a lot of the time. If you stay on top of it and have transport then it should be a good week of surfing ahead!
Have a great week, wherever you are and whatever you’re doing!