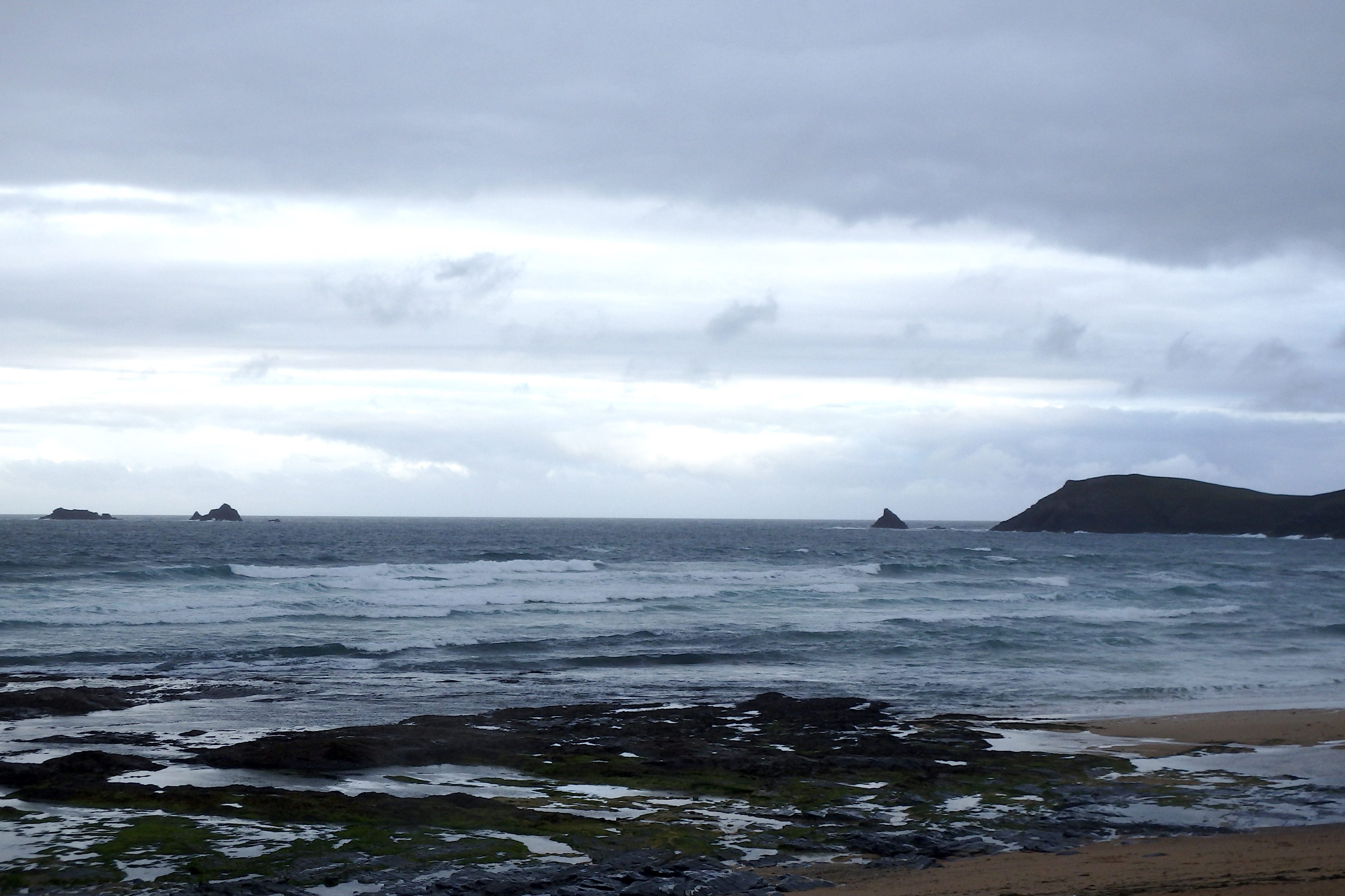 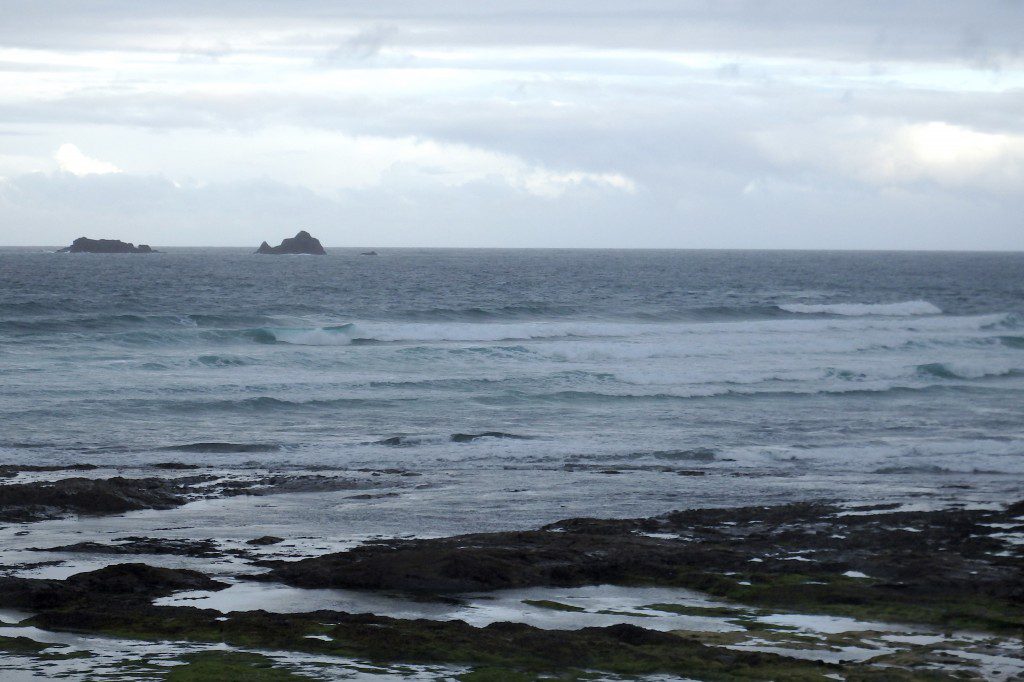 A blustery, damp and cloud-laden day is buffeting the headland this morning, a squally westerly wind screeching into the bay as the temperature reminds us that summer ain’t here just yet!
The surf is a chopped up mess of fairly weak looking three foot surf, the wave lines holding their shape but still looking sloppy and hesitant.
Those squalls are dumping a lot of wetness when they blow but there is also a lot of brightness now aiming our way, so things should brighten up quite soon.
Let’s see if Harlyn is worth getting wet for…… 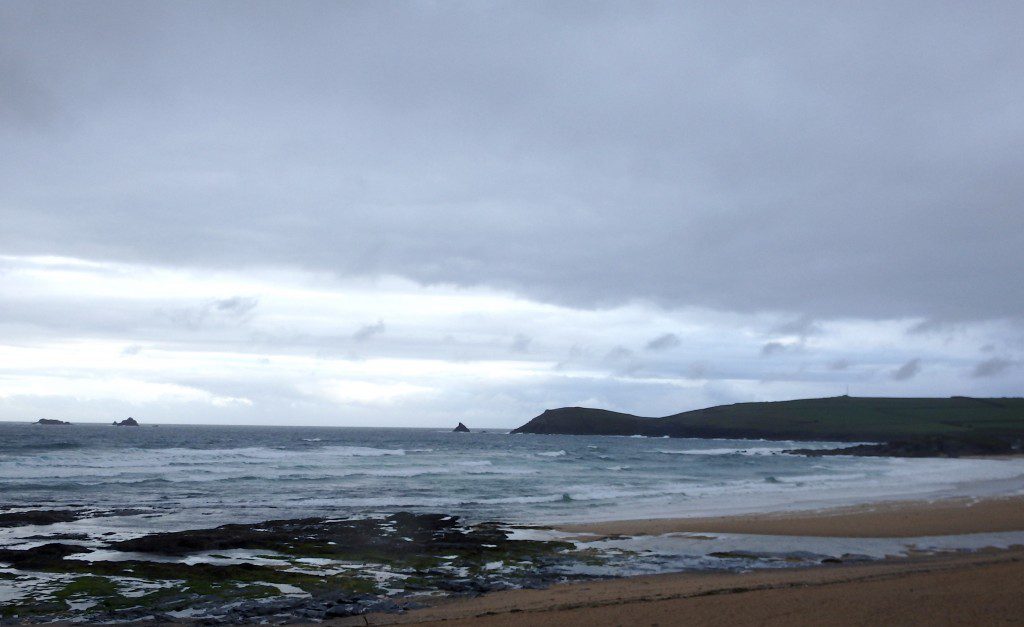 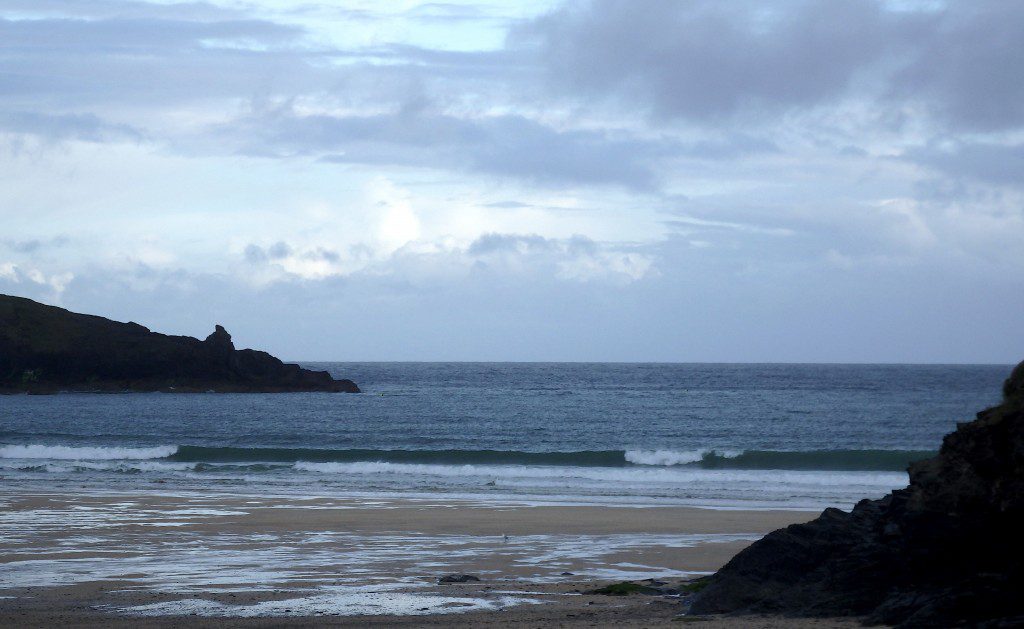 The surf is pretty small here this morning with only a foot or two of fairly clean but still weak looking little waves splashing ashore.
Although the surf should build with this afternoon’s tide that wind is likely to take the edge off it, leaving a couple to three feet of sloppy and bumpy surf to play in. The weather should end up being bright enough though. 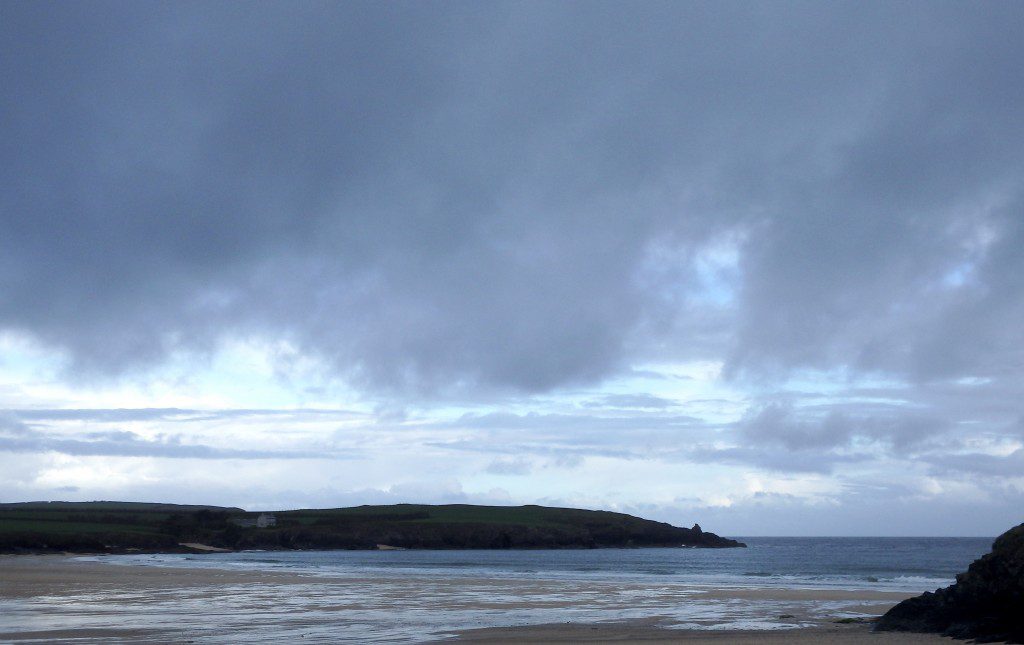 Surf Forecast for Thursday 19th May 2016

Three to four feet of windswept swell should be washing our way today, the exposed surf breaks being a bit wishy washy in spite of the lighter winds, Harlyn maybe being small but smart and clean.  It’s always nice to have a choice though!

After a frustratingly flat weekend and a flat start to the week, those calm conditions giving way to strengthening onshore winds.
And with the onshores will come waves.
That light south westerly of Tuesday has pushed the one foot surf up to two to three feet and then four to five feet of onshore driven swell greeting us by Wednesday. But of course the wind will have settled more to the north and west by then, making for bumpier conditions, even at Harlyn.
So, bigger and chunkier waves are expected for the back half of the week with Harlyn kicking in by midweek.
After a bright and sunny start to the week, we will probably see more cloud around on Tuesday with more unsettled weather as the week goes on. It could get wet by midweek too!
Still, there should be some chunky surf to play in for most of the rest of the week!
Have a great week, wherever you are and whatever you’re doing!