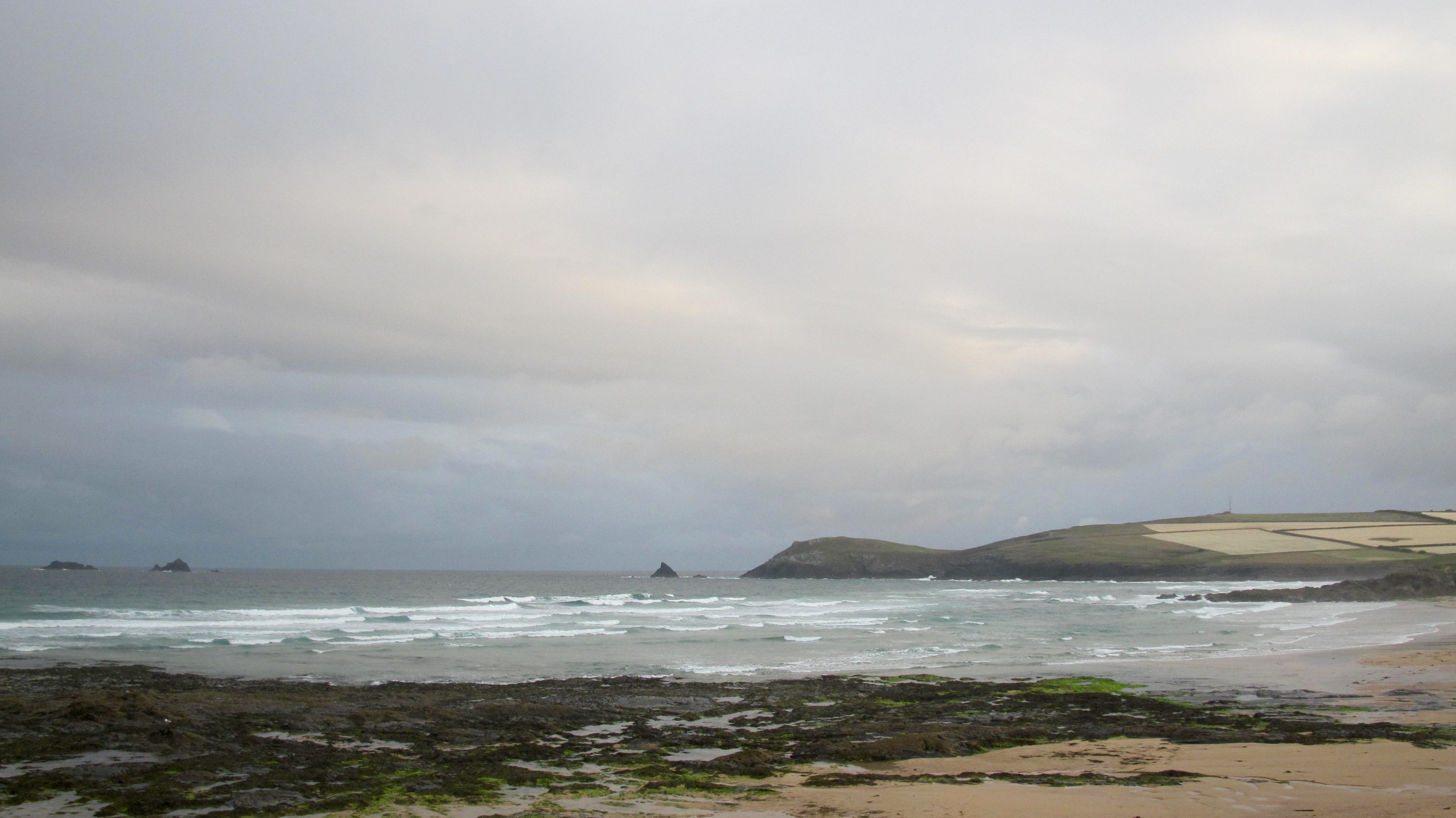 A fresh westerly wind continues to blow hard into the bay this morning, the thicker looking swell rolling in under another greying sky.
And there’s some rain in those clouds this morning, not falling here yet but threatening a damp one!
The surf is pushing in at about three feet and a more solid looking three feet than the last week or so but it is still that onshore and raggedy, crumbly sort of stuff. If the wind eases and backs around then it could be good but that is unlikely to happen anytime soon and so we are going to have to rely on those sandbars to create some good waves. And there are some piles of sand in some interesting places! So keep your eyes on it, there could be some hollow peaks reeling in as the tide shifts, in spite of the onshore winds!
It should brighten up by lunchtime too! 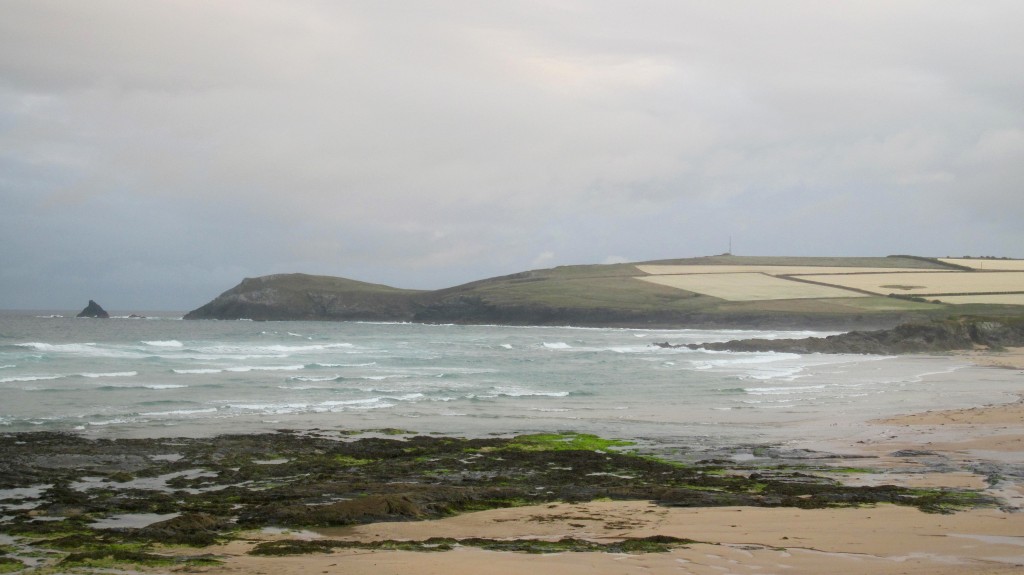 There’s a foot or so of clean and sharp, crystal little surf snapping ashore here this morning, that turquoise and green mix of reflected sea beneath those dark clouds looking very tempting indeed.
But it is really small right now. It could just build a little with the tide but just a little and not until later. And the wind is forecast to slip a bit more onshore here today, which might make it all a bit messy by the time it does build!
In the meantime though, there are some clean little waves slipping in! 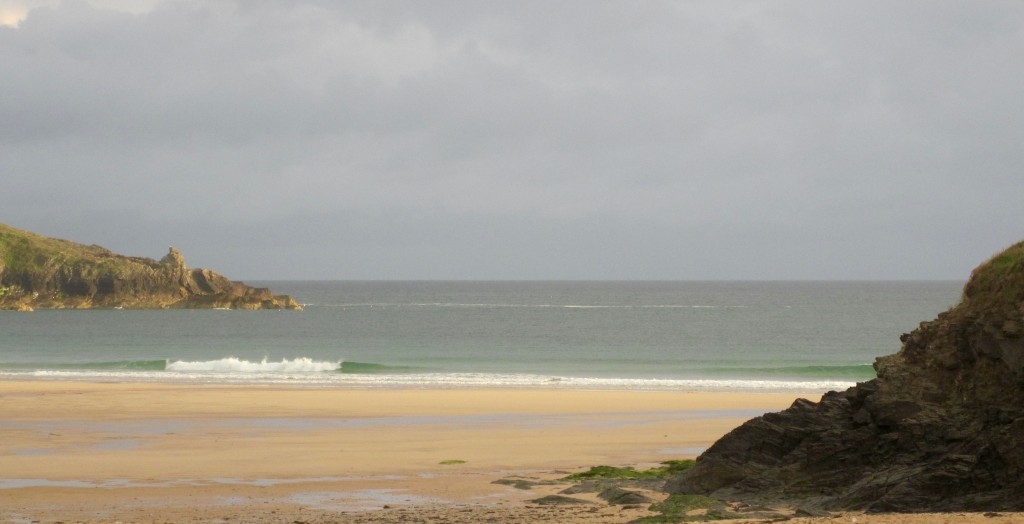 The best that we can hope for again today are light onshore winds and a smaller swell.
A westerly wind should keep the surf from going flat and some bright summer sunshine should make it all look more appealing but it is going to be only a couple of feet and sloppy!

These summer doldrums look set to continue throughout the week with light onshore winds steadily blowing through and pushing a couple of feet of mainly wind swell our way.
We may enjoy some slightly bigger surf through midweek, hopefully with a south westerly wind which could make Harlyn become a small wave option but just for a day or so.
But generally we are looking at a mainly bright and cheery week of small but playful, summer surf!
Have a great week, wherever you are and whatever you’re doing!