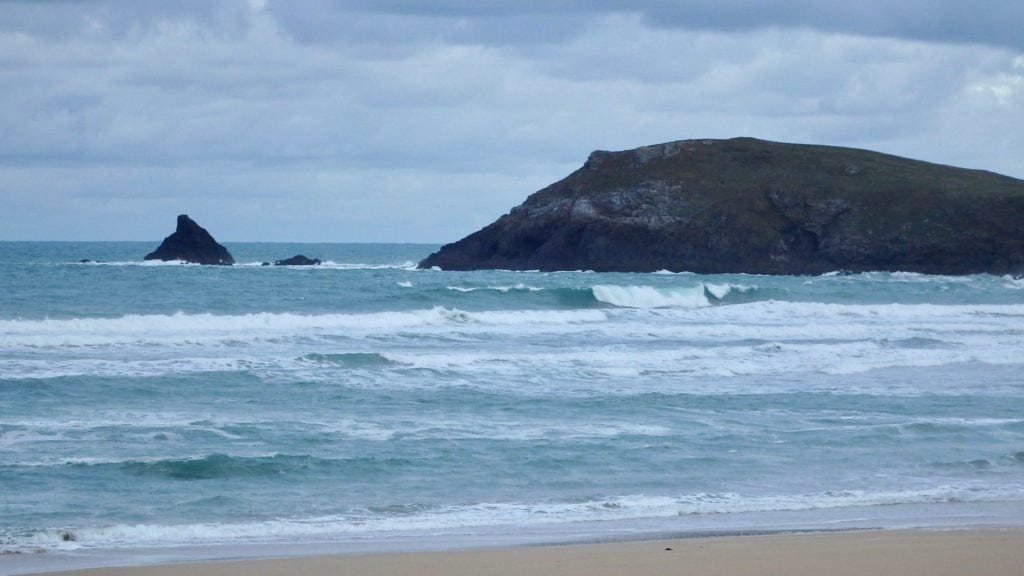 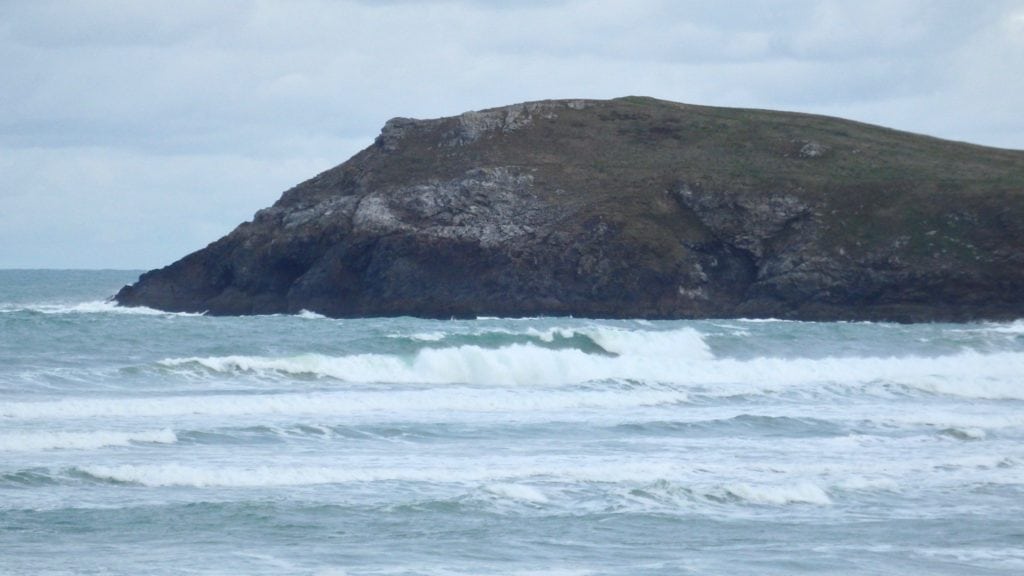 Today could be a day of two parts; this morning has started out unenthusiastically, that chilly wind nibbling at all your bits while the threat of a drenching downpour is lurking behind those fast moving mountains of cloud.
But this afternoon should be a gentler one, brighter, calmer and just more enjoyable!
So, right now the wind is gusting onshore, a cold nor’ wester, jostling and bullying the four to six feet tall waves, shoulder barging any peaking tricksters into an early collapse.
But the wind should calm through the morning while backing to the south west, at least allowing Harlyn a chance to shine! 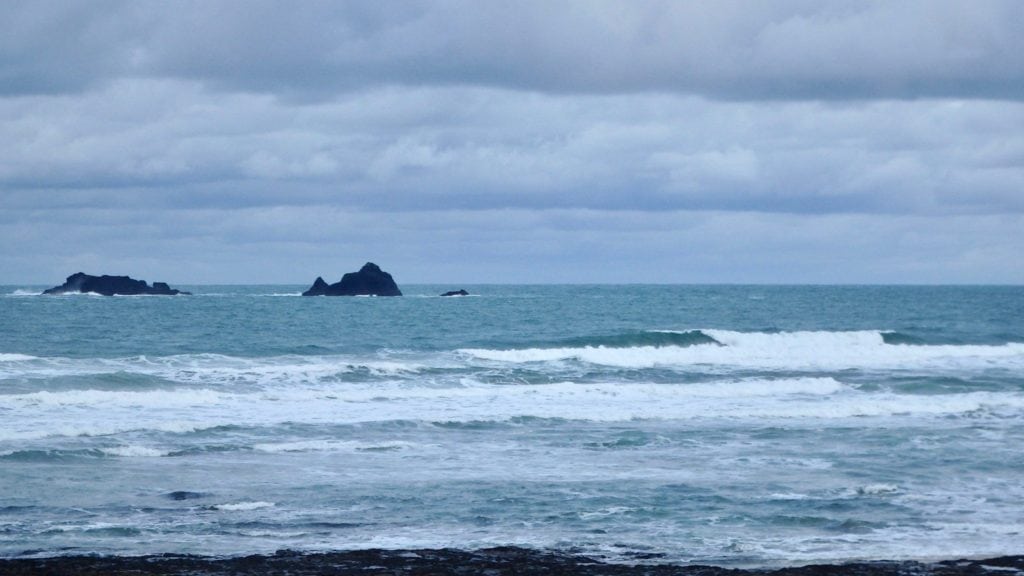 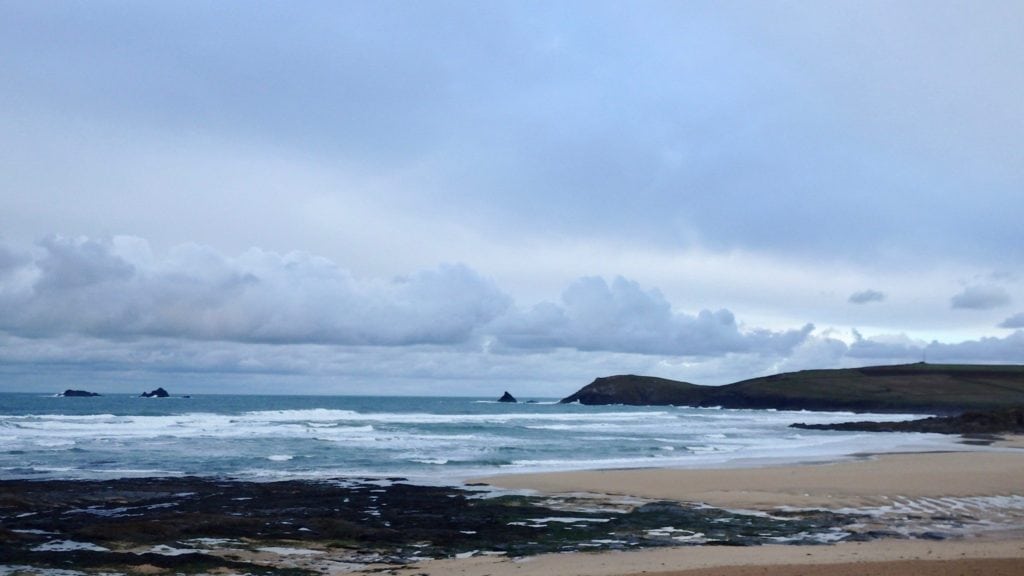 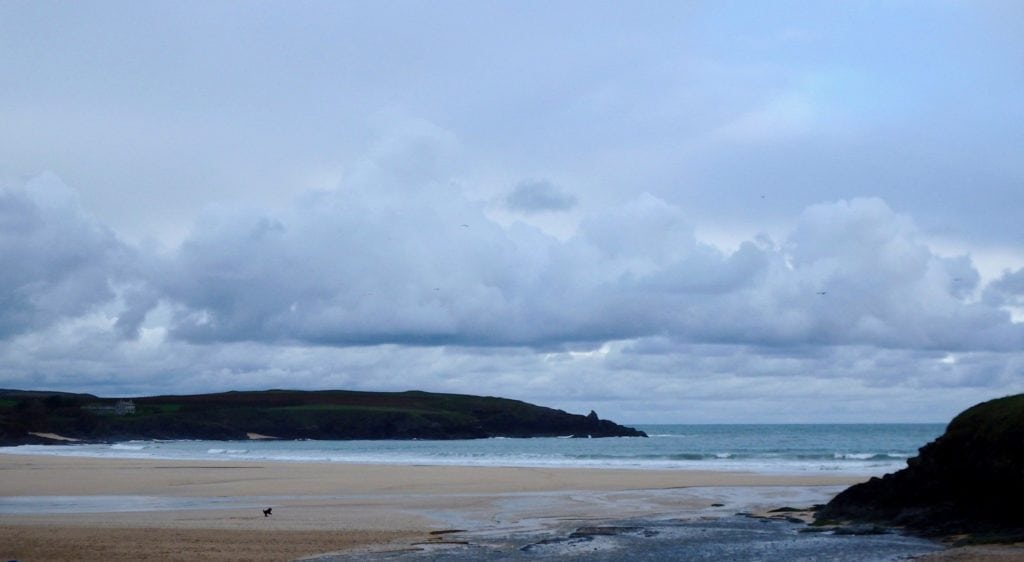 The wind is jostling and pushing the three to four feet of rivened and warped, crumbly surf as it crashes onto the hardened sand beach this morning.
With a forecast windshift for late morning, the dropping tide could be smoother, sharper, snappier and more fun, especially if these leaden skies bother to brighten up! 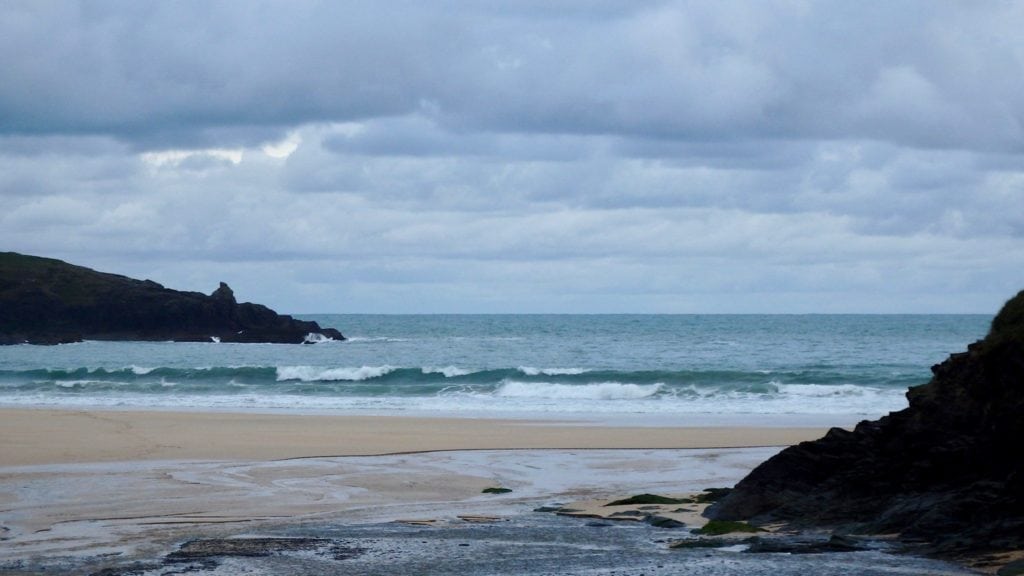 Cold and strengthening but offshore winds should greet us this morning, smoothing and organising the easing swell.
The wind is forecast to blow harder as the day goes on and that will push against the swells, shrinking the wave size slowly. We should see some brightness but It might not last too long!
But the surf should be fun for most of the time!

Those blasting winds of last weekend are only reluctantly leaving us alone, still gusting through at the start of the week after giving us some hope of calmer during a brief easing during Monday evening.
But now we can expect calmer, brighter and much more fun conditions to kick in for the back half of the week, the swell easing to small and then to tiny later on but only for a few hours.
A new swell should be with us for the weekend!
So we have light offshore breezes and bright sunny weather with decent rolling swells to look forward to at last but maybe not until later on in the second half of the week. It does look like it’s here to stay a while though!
Have a great week, wherever you are and whatever you’re doing!