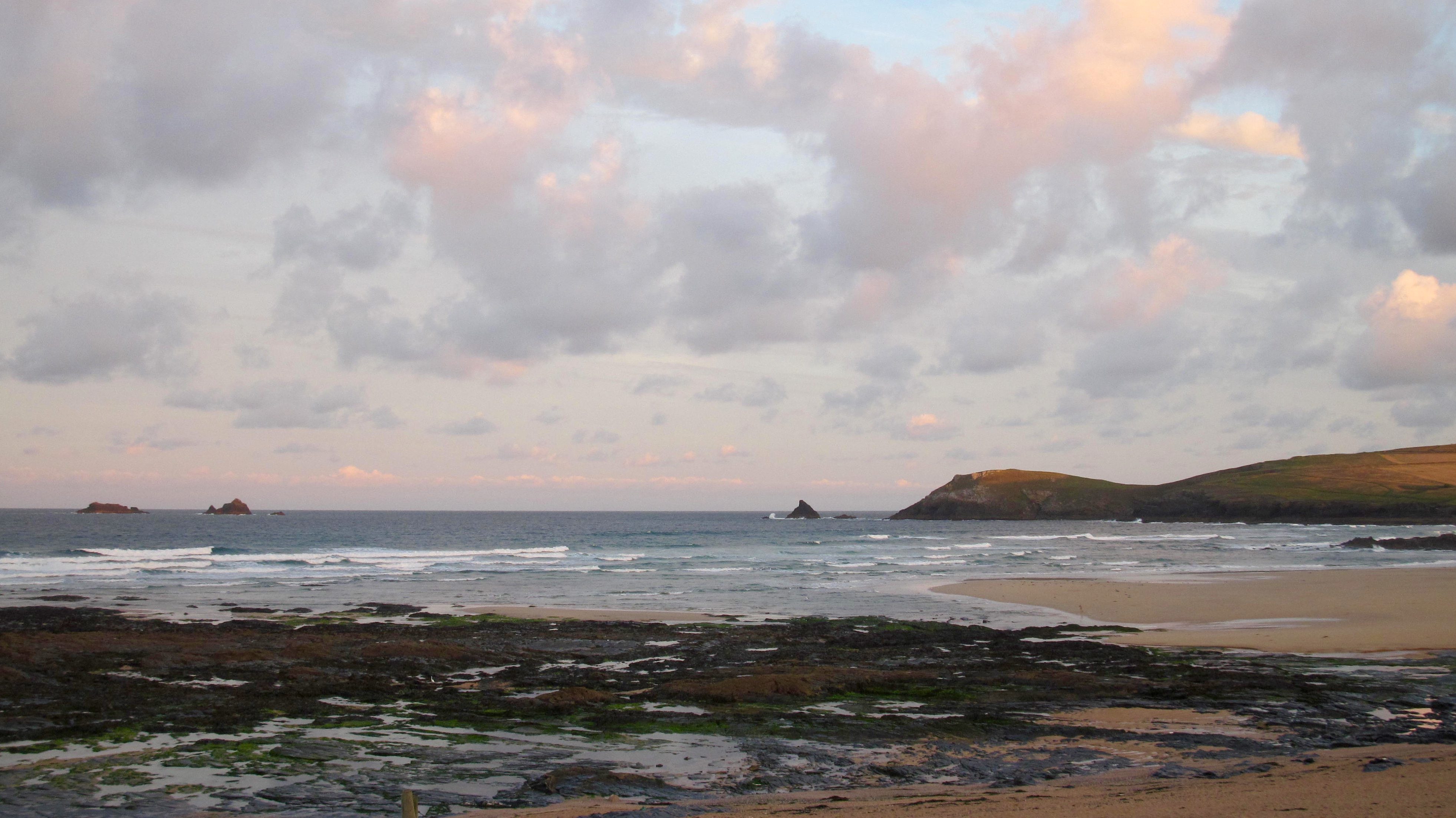 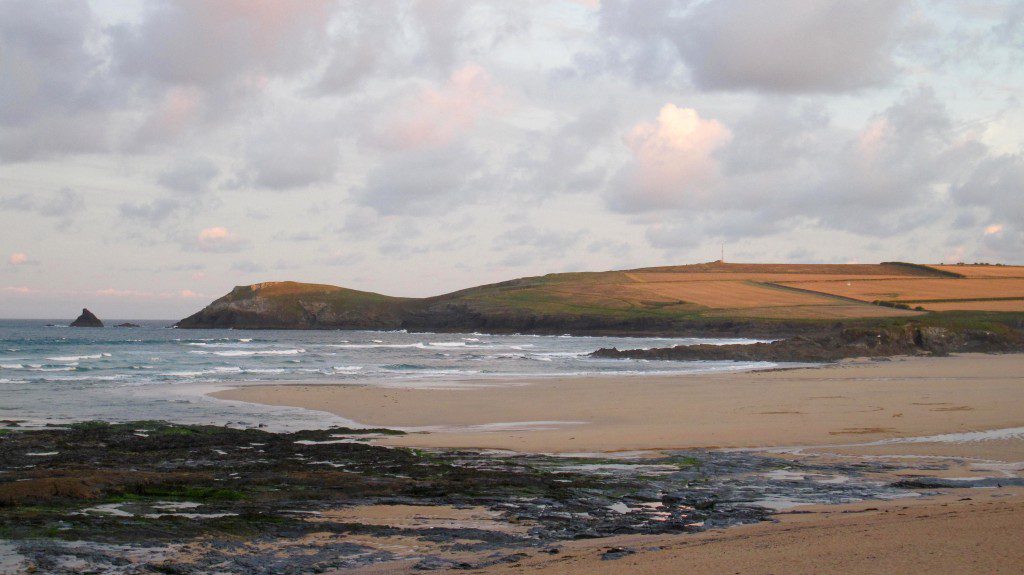 The Autumnal equinox, where daylight and darkness balance each other and a reminder that we are already half way to Winter!
And it does feel like Autumn, although it is drier, milder and brighter than yesterday.
The wind has dropped in strength, steadily blowing in from the west this morning, making a light slop of the two to three feet of still quite mixed up surf.
The tide is pretty much full low right now and so it should be safe to assume that we should see an increase in size with the incoming tide and maybe a strengthening to the swell too. It probably won’t build much but it might hold its shape a little better as the wave period stretches a little.
The wind is forecast to slip to the south west later which should help to push some more waves our way too, although it still won’t do much for the shape here.
We might just get some clean but small waves over at Harlyn later though! 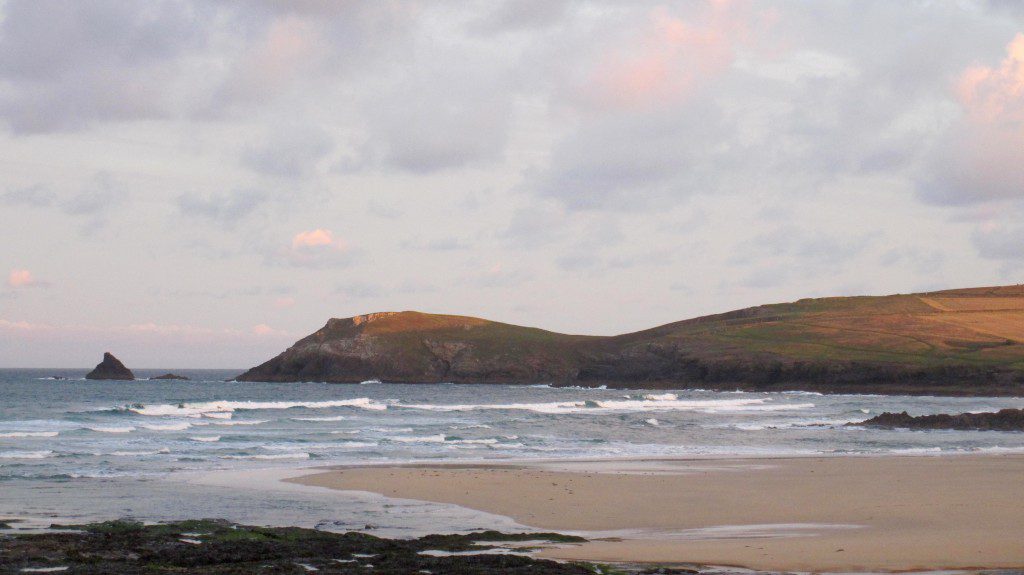 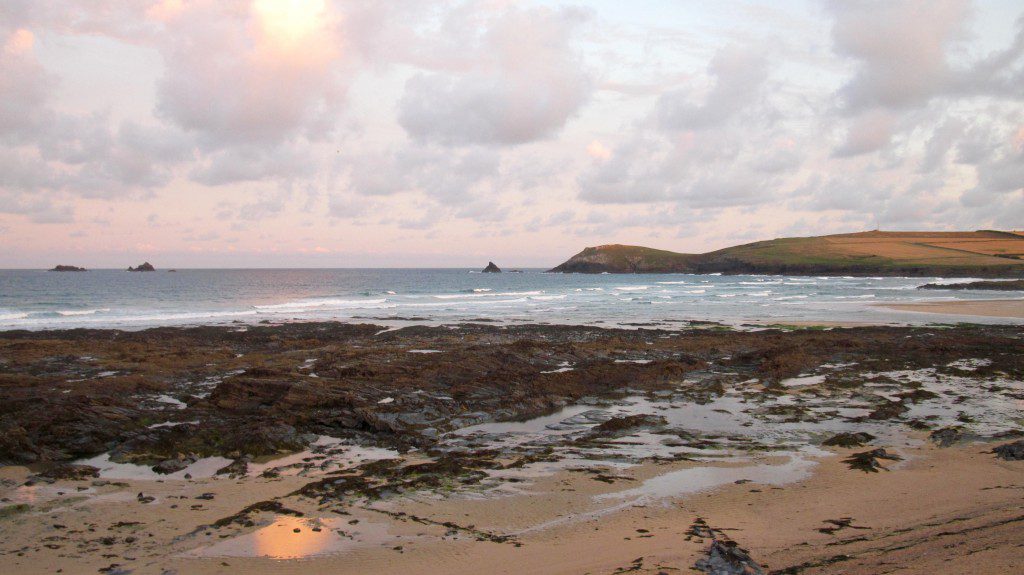 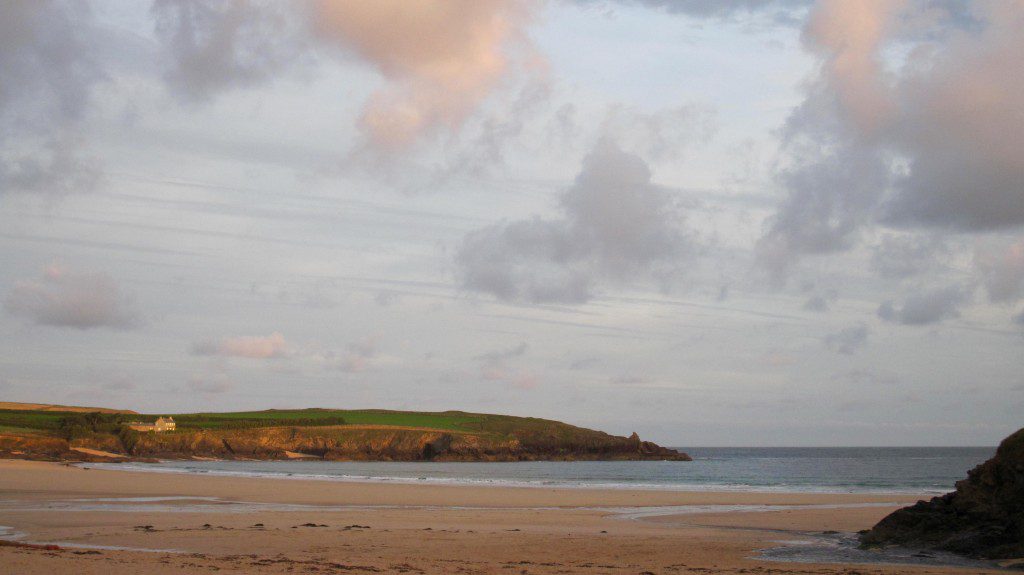 There’s only a foot or maybe two of hesitant little surf over here this morning. The low tide is making those little waves stutter and stop as they weakly slap the beach.
The incoming tide should help to push a few more waves in though and the wind should shift to the south west too, which will help the waves and make for cleaner conditions as well.
It could be fun around here by lunchtime, only a foot or two but clean and sharp maybe. 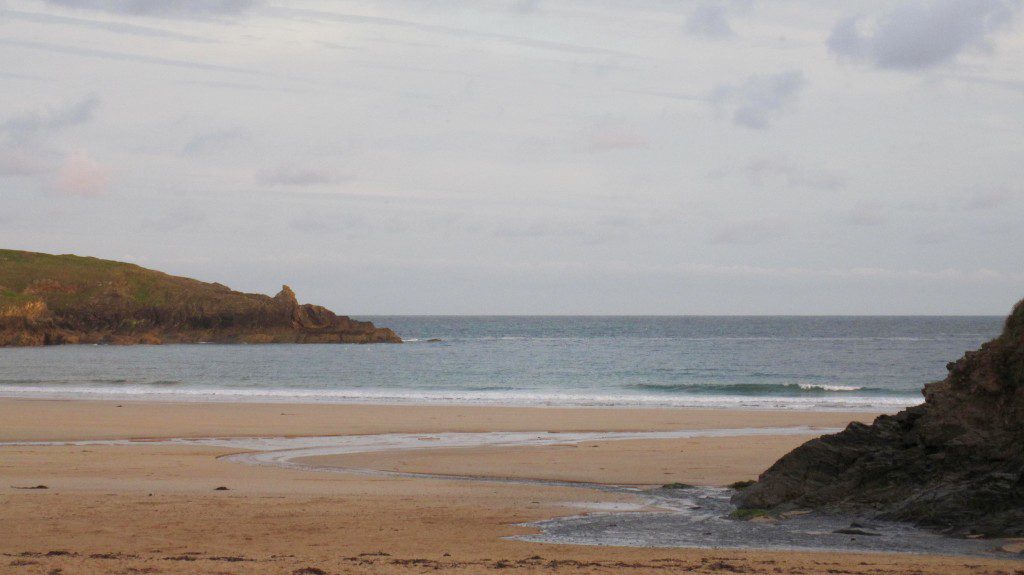 Ah, the return of those north westerly winds. The story of our summer.
The surf is likely to be bit bigger, three to four feet at our main breaks but that wind will be onshore everywhere along this coast.
With a bit of luck though, the wind might just settle back to a westerly, still onshore at our main surf breaks but allowing chance of better conditions at Harlyn and other sheltered spots.
That breeze is still likely to be quite chilly though, even in all that Autumn sunshine!

A few days of onshores and mixed up weather is going to introduce this week, three to four feet of onshore surf kicking things off at our main surf breaks, building a little as the north westerly winds blow through Tuesday and backing off again through midweek.
The weather should settle as we go into the back half of the week although the surf is likely to stay a little lumpy and sloppy at most breaks.
So, Wednesday should maybe show some clean and fun surf at Harlyn by the evening after a choppy and sloppy start, while Thursday sees a return to onshore and sloppy conditions at all of the breaks but with lots of sunshine.
And then it is all starting to look very pleasant for the back half of the week and into the weekend, with some summer surf conditions arriving for the weekend.
Have a great week, wherever you are and whatever you’re doing!