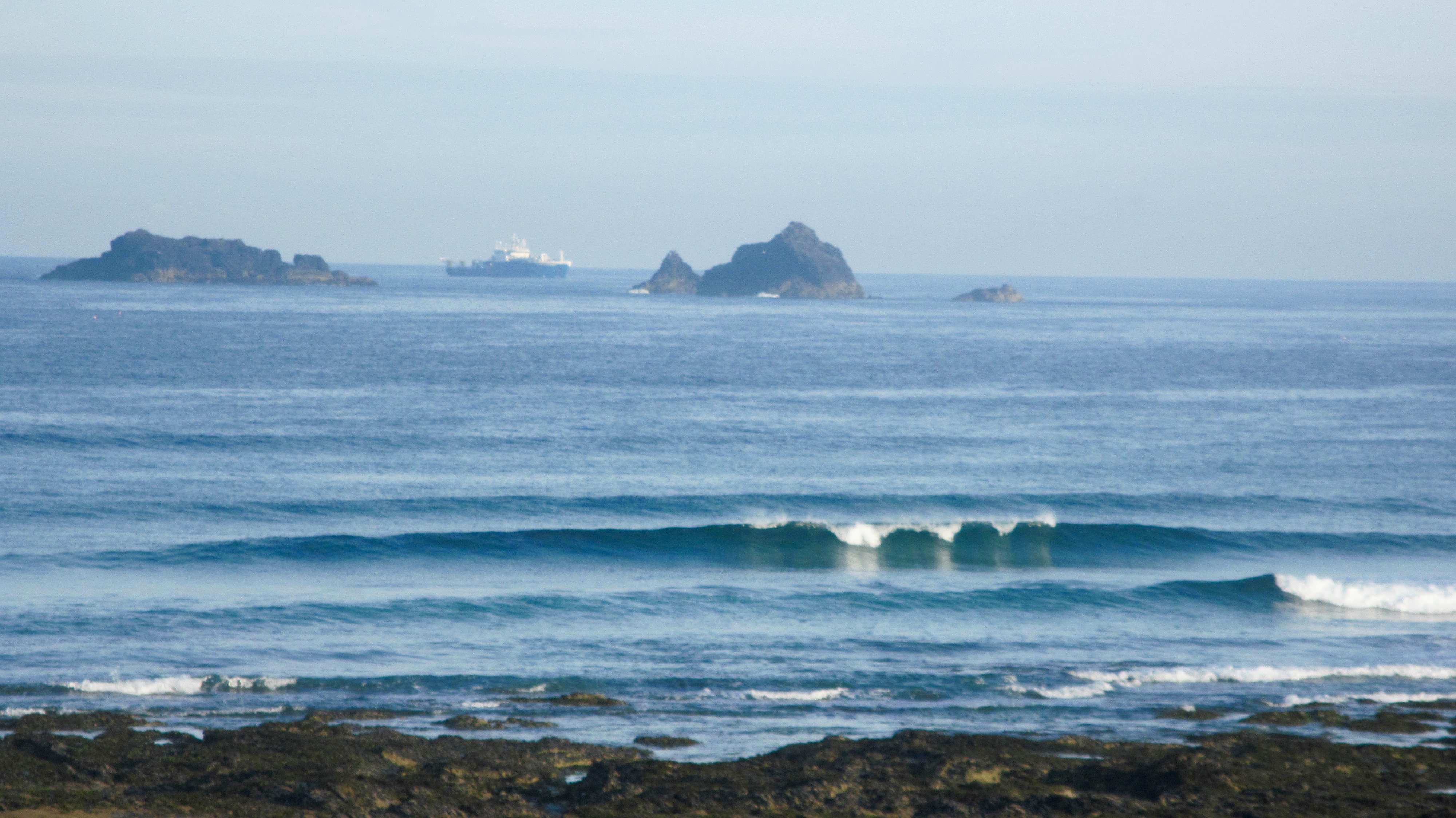 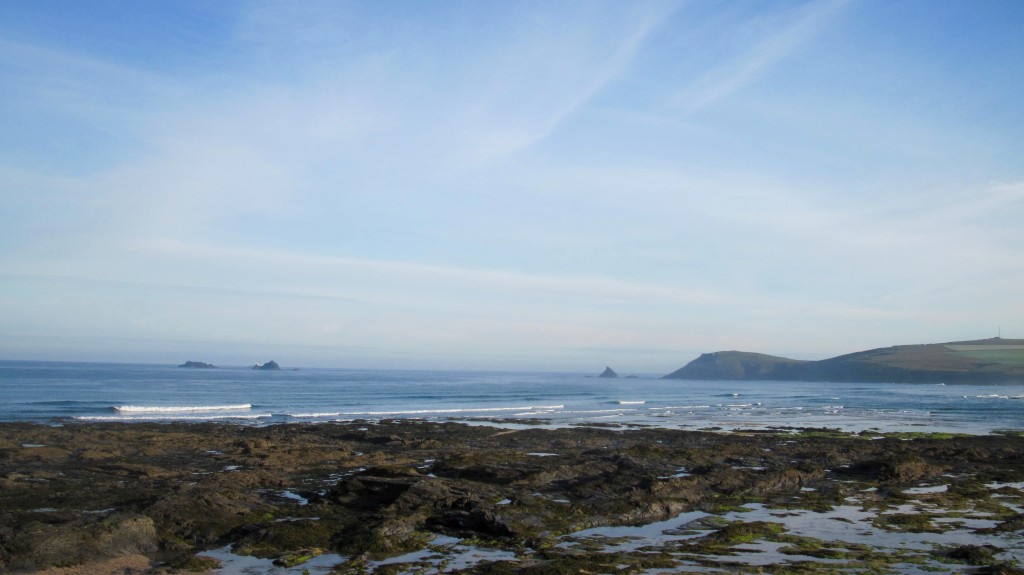 Ah, it is one of ‘those’ mornings down in the bay this morning, recently all too rare with its breathless offshore sigh of a breeze and those deep blue sheet glass little waves curling ashore.
The sky is blue and the sun is bright as a two to three foot swell caresses those recently undersurfed surfbreaks.
Matt and his ‘Keybuild’ crew are enjoying the peak off the rip, giving one a swim after a leash-breaking fall off.
Yep, it is all looking good, really good!  But get on it as quickly as you can, there’s a front out there and it is on its way to us bringing some onshore wind with it! 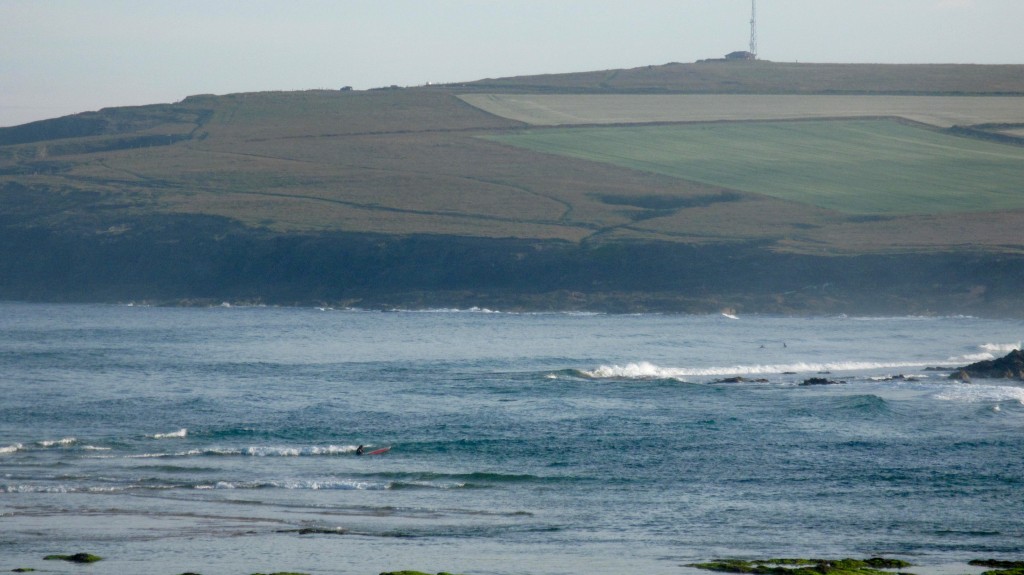 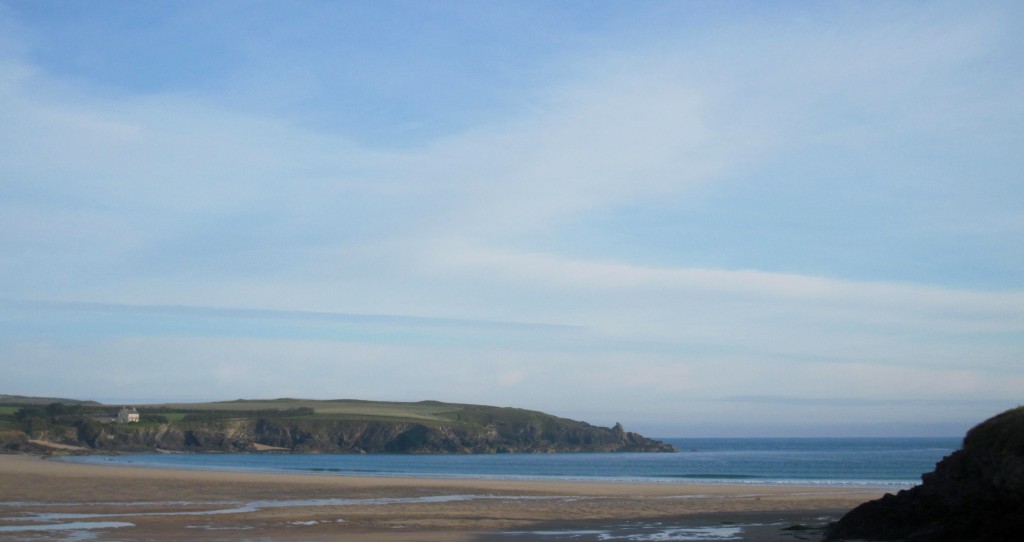 It is gorgeous around here this morning, the golden sand of a low tide beach basking in the deep blue blueness of a summer sky.
But the surf is flat.
You could go for a SUP or kayak paddle here this morning but the surf on the other side of the headland is looking great, smallish but beautiful. So that’s the place to head for a surf session today! 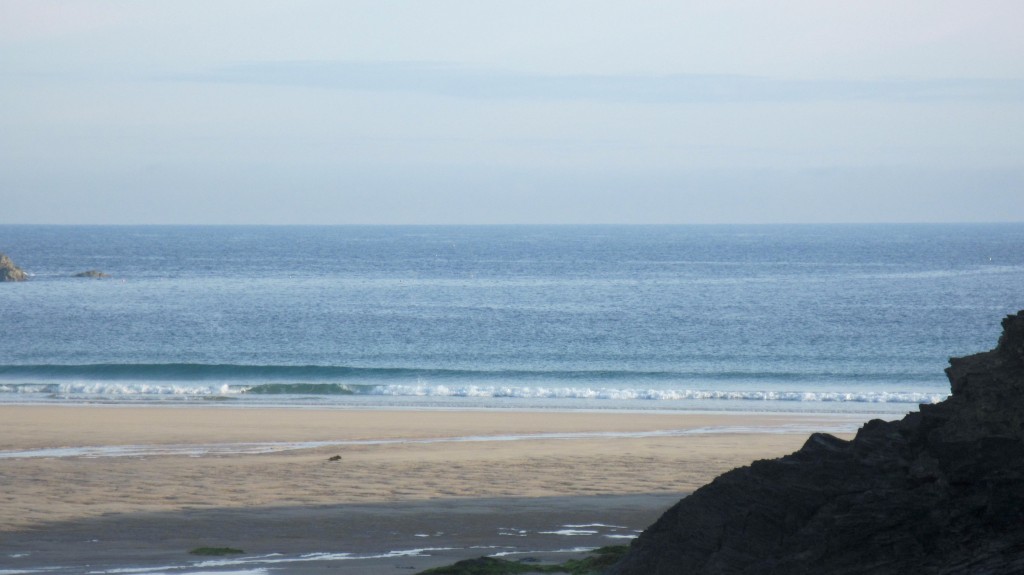 A south westerly wind is drifting our way overnight, increasing only slowly in strength while pushing a little more swell our way.
We should see a half decent three to hopefully four feet of swell rolling into the bays, that south westerly wind not too strong but forceful enough to slop and chop those waves at our west facing beaches.
We might see a little wave swinging into Harlyn with the morning tide and it should be a lot cleaner there with the wind expected to be lightly blowing offshore.
The weather should be okay too!

Another frustrating week of onshore winds and fairly weak, mainly small surf has teased us again this week.
But the wind does look like it might swing to the south and west as we go along and the swell should strengthen into the three feet plus range too.
West and south westerly winds are likely to help to push some more swell our way through the back half of the week and into the weekend, maybe getting big enough to show some surf at Harlyn as we go into the weekend.
The weather should stay mainly pleasant with lots of bright skies but there is always going to be that chance of a long shower or two as well.
So, a couple to three feet of clean and fun Harlyn versus three to four feet of mixed up surf at Constantine is going to be our choice to end this week!
Have a great week, wherever you are and whatever you’re doing!