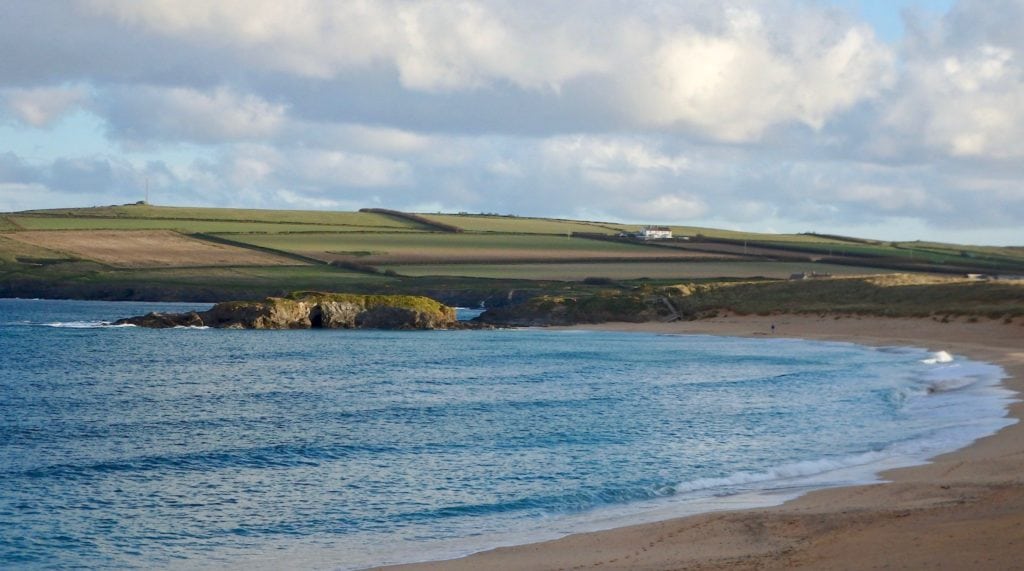 The birds are shouting loud on this bright and breezy but still chilly morning with fat and fluffy dollops of cloud lazily bumbling across the horizon.
The surf is tiny again, a foot of warped and ribbed little shorebreak trying to break in the too deep waters of high tide.
The breeze is from the north north east, hence the chill in the air but the sun looks settled and the surf is rideable, if only just and then on something very floaty.
So give it an hour, grab a longboard and head for somewhere sheltered from the breeze and you’ll probably have a better than expected time of it! 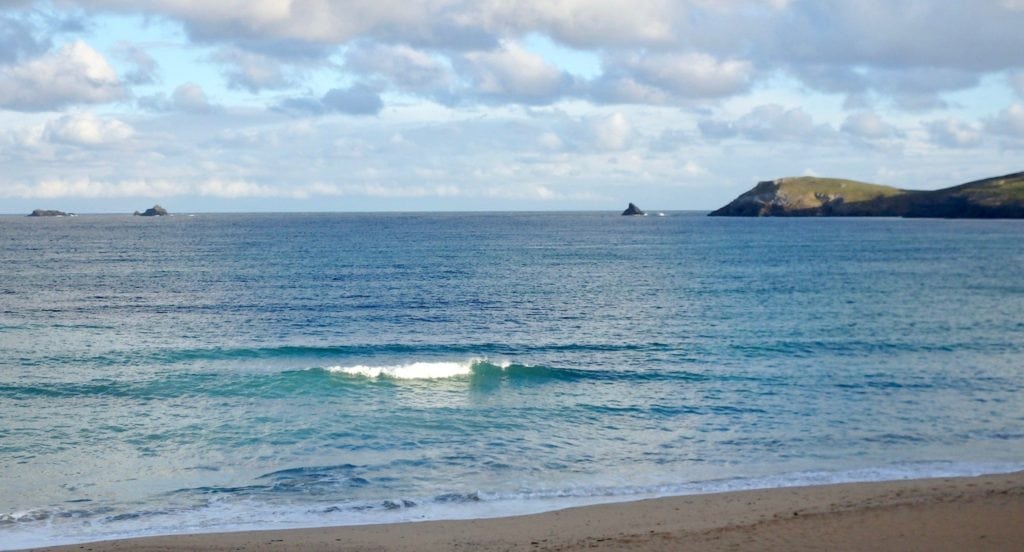 Although there’s a windblown wash of waves tumbling in here this morning, those choppy waves aren’t much more than six inches to a foot and even weaker looking than you would expect at that size!
The breeze is blowing straight into the bay, pushing and tugging at those tiny little waves.
The other side is only just a bit better but is probably worth the trek. 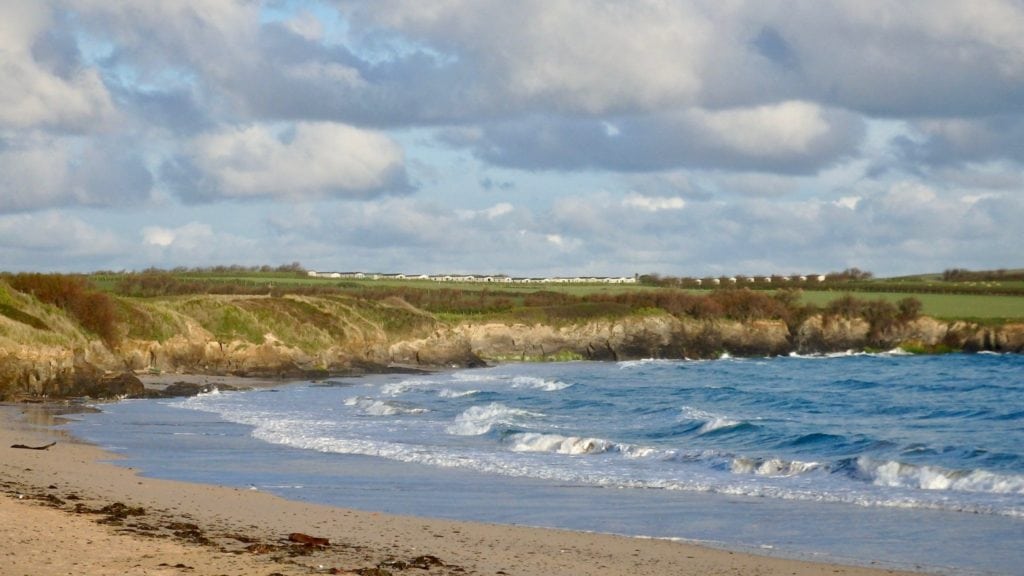 Half a foot of swell with a north westerly wind are pretty much the basic ingredients for completely useless surf conditions around here!
And that is what we can expect today!
So, another day of tiny surf all messed up by those cold and onshore winds.
It should be a degree or two warmer than it has been though.

Another week of real small waves and mainly onshore winds is taunting us again this week!
Starting out with a westerly wind through Monday, those northerlies soon returned to blow cold air all the way down the coastline.
While Monday was showing a couple of feet of sloppy and choppy stuff at the main breaks, Tuesday was day of gusting northerlies just reminding us that high summer is still a little way away!
By midweek the wind will be twitching between northerly and north easterly, doing nothing for the swell size and still feeling cold but maybe cleaning up those tiny waves for a short while at the more exposed breaks. Our best hope on Wednesday is for real small but maybe okay shaped little waves at somewhere like Booby’s in the shelter of the headland. But even that won’t be much better than okay.
So, it is likely to be one of those weeks when, if you have the time and energy to be completely on it, you might just luck into an hour or two of better than expected and quite fun surf here and there.
Or you could end up running around in circles in a frustrating search for those elusive waves!
Have a great week, wherever you are and whatever you’re doing!