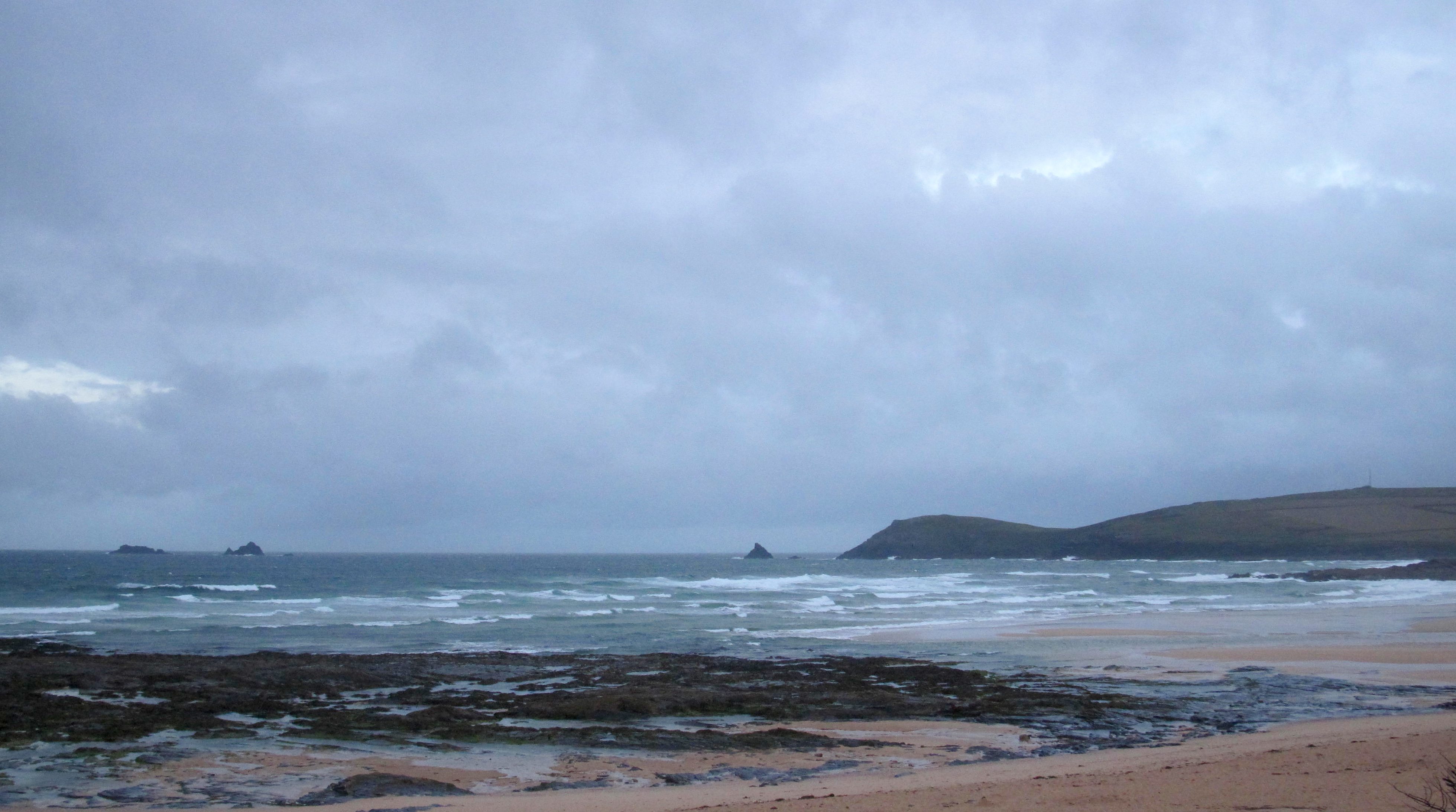 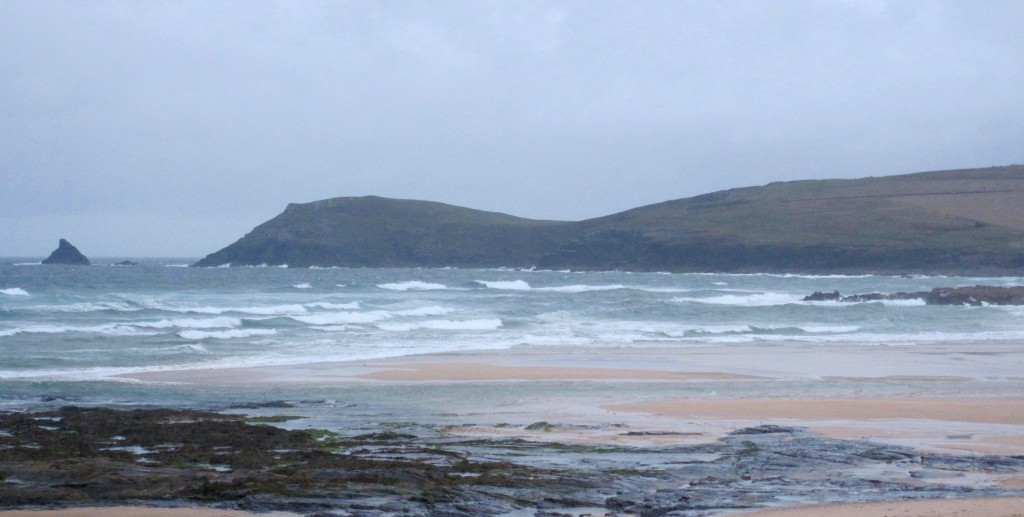 The wind has freshened this morning, a blustery south sou’ westerly blowing darkly through the early morning dampness. But those grey cloudbanks are quickly moving along, reluctantly leaving a half hearted shower here and there, blueness gradually taking more control.
The surf is a bit sloppy and smaller than expected too.
There’s a couple to three feet of thick and sloppy surf wandering into the bay with no urgency or interest. The tide is on the drop, halfway out to quite a high low. So things are likely to pick up through late morning as the tide crawls back in.
It is still likely to be not much better than three feet and choppy though, unless we get that pulse of swell that we hoped for yesterday. Right now , there is only a couple of feet of mixed up and sloppy surf with the occasional three footer wandering through but we’re hoping for better later in some bright and cheerful sunshine! 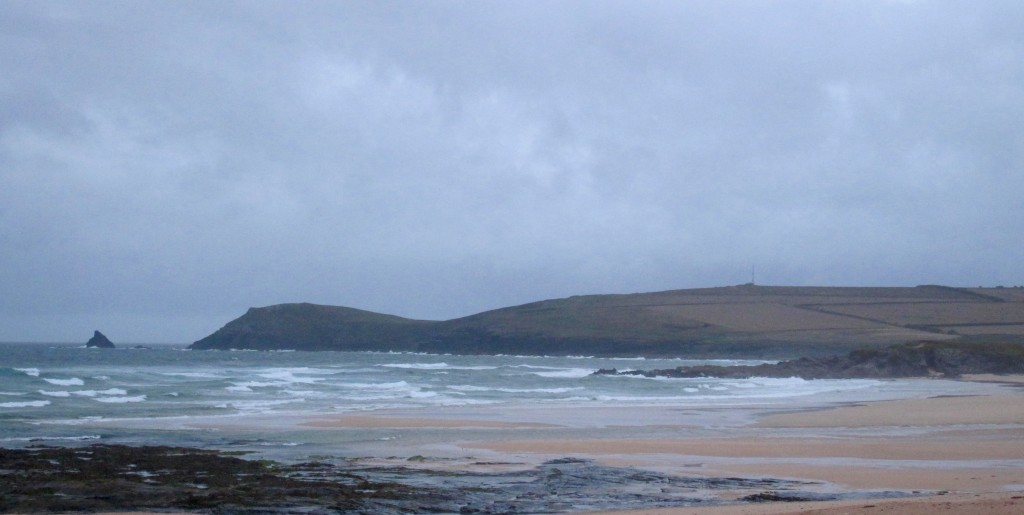 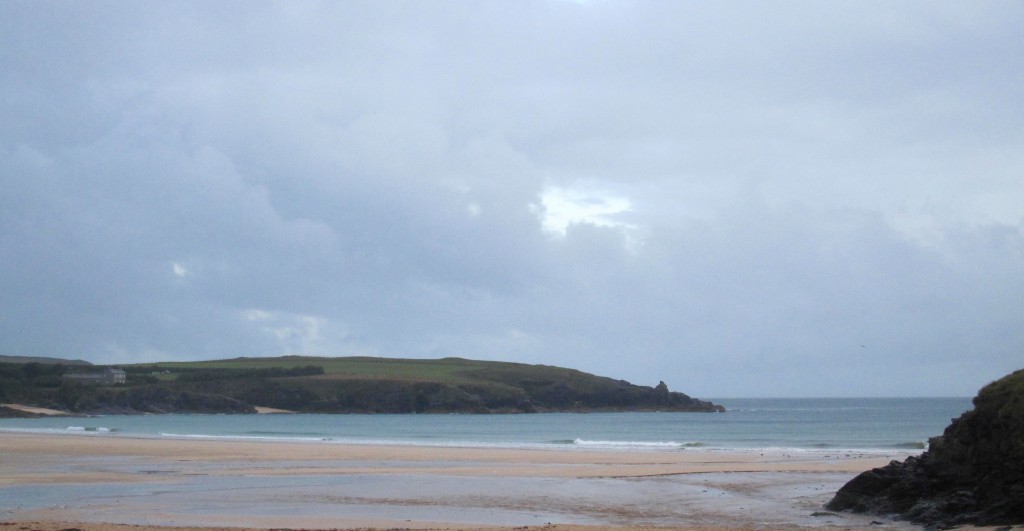 There’s barely six inches of clean and inviting, glassy little waves wandering in here this morning, not quite the lure to surf that we’re looking for.
There is a chance that it might pick up a little by early afternoon, so it’s worth keeping an eye on it but right now it’s too flat to get interested in. The other side is onshore but at least there are some waves with a drop-in to them. 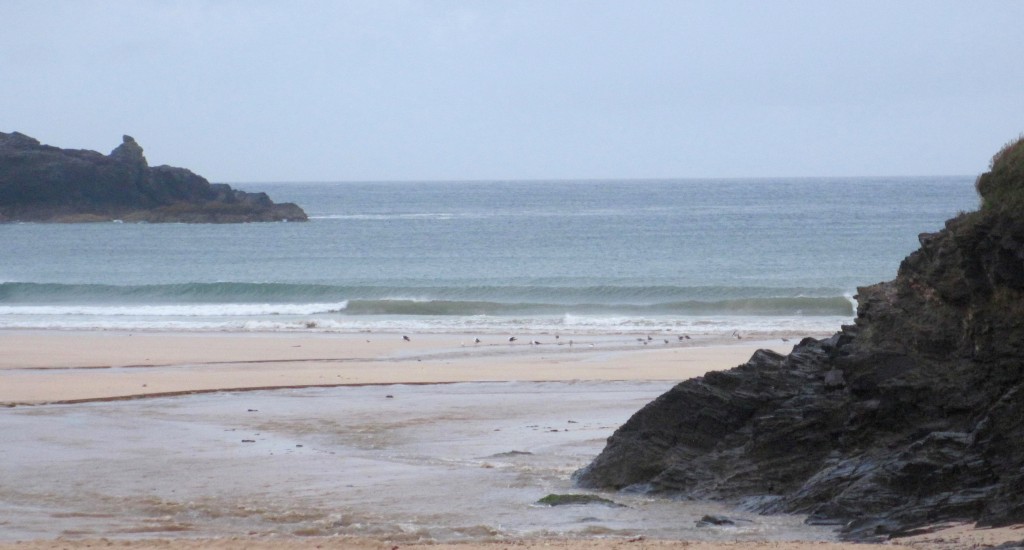 South westerly winds with three feet or so of swell usually indicates that Harlyn is the place to aim for but there hasn’t been that much swell getting around and in to Harlyn so far.
It should be worth a look today but we are more likely to be dropping in on two to three feet of choppy and sloppy Constantine rather than the clean sheltered spots.

Onshore winds are likely to continue to blow into this week, generally backing to the south west as we go along. The south westerly direction gives the surf at Harlyn a chance to shine but generally we are probably going to be lucky to enjoy anything better than three feet or so of onshore, mushy surf for most of this week again, maybe allowing a a foot or two into Harlyn through midweek.
The weather is likely to improve as we go along too, with some nice periods of warm and cheery sunshine from midweek onwards.
Have a great week, wherever you are and whatever you’re doing!