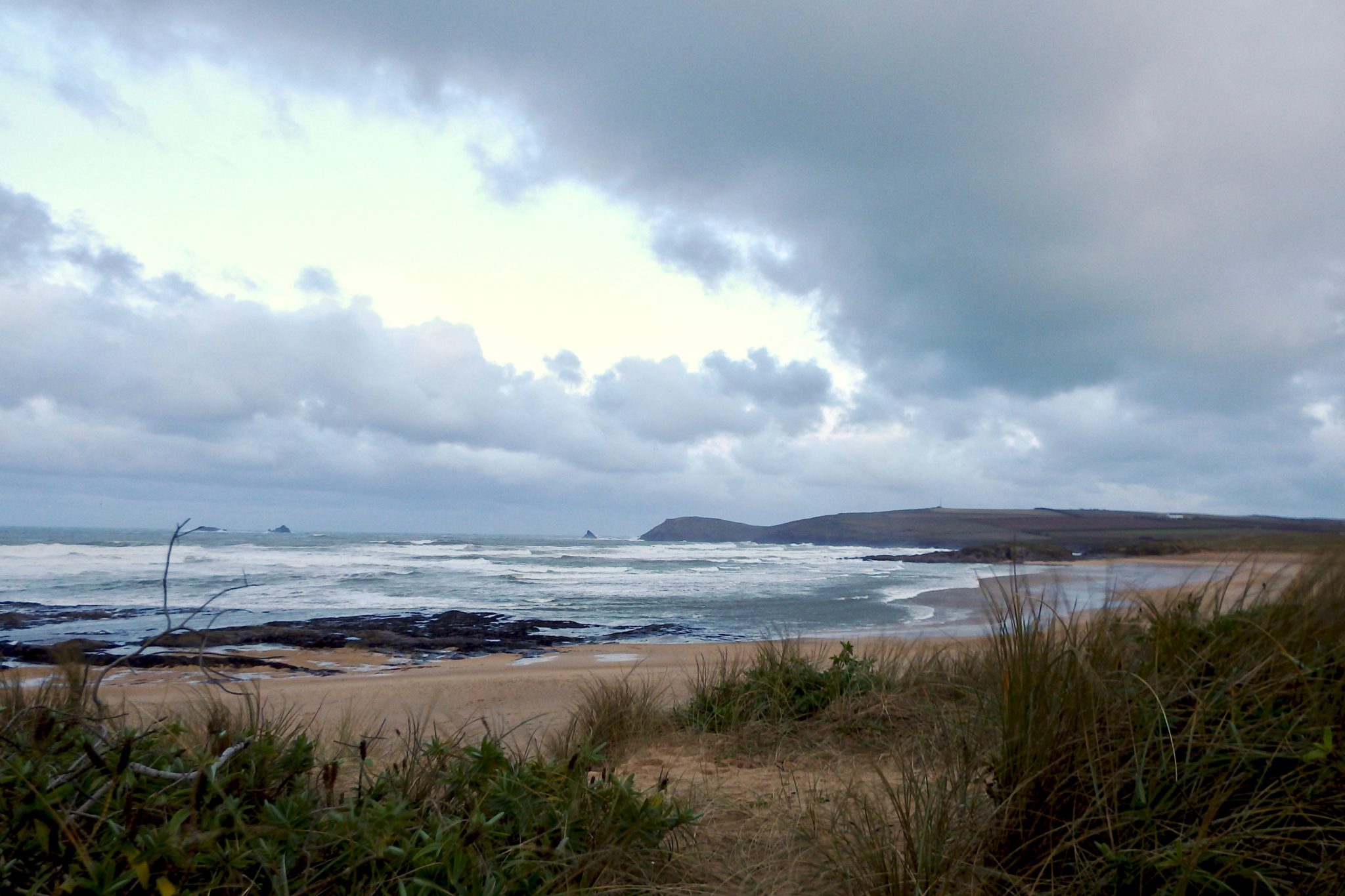 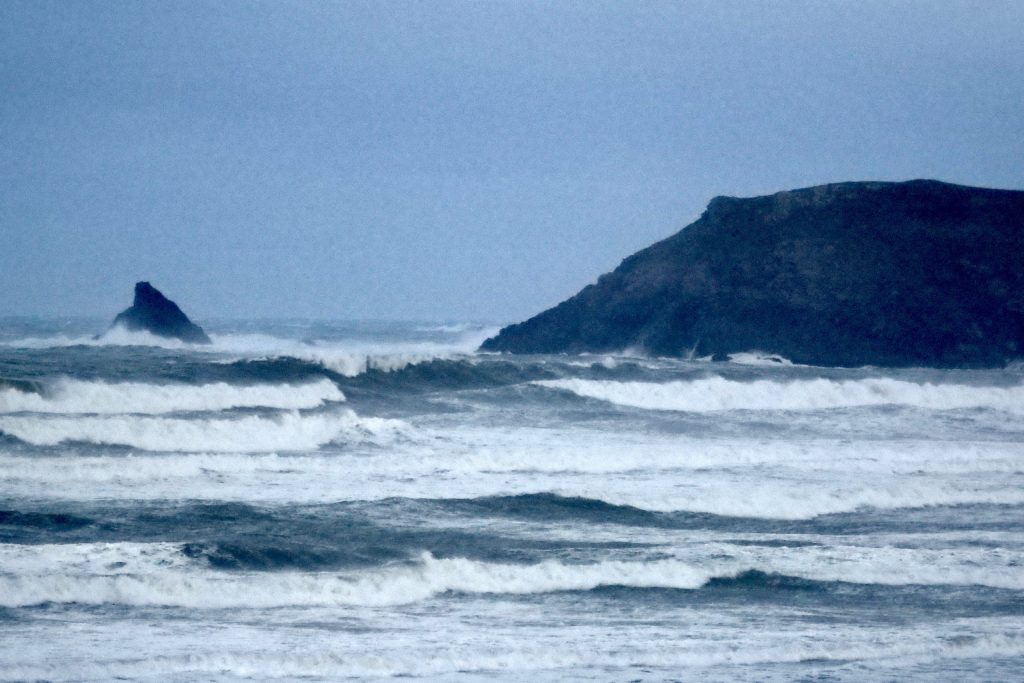 Those north westerly winds have returned to chill the air, bending the hedgerows and whiplashing the marram after a short yuletide break.
There are some big waves tramping their way ashore this morning but that gale of a wind is destroying any illusion that you might harbour of riding them. Eight to ten feet of growling and out of control surf is exploding into Booby’s with all the focus of a scrum of festive drunks.
Our only chance of some worthwhile surf is over on the other coast again today! 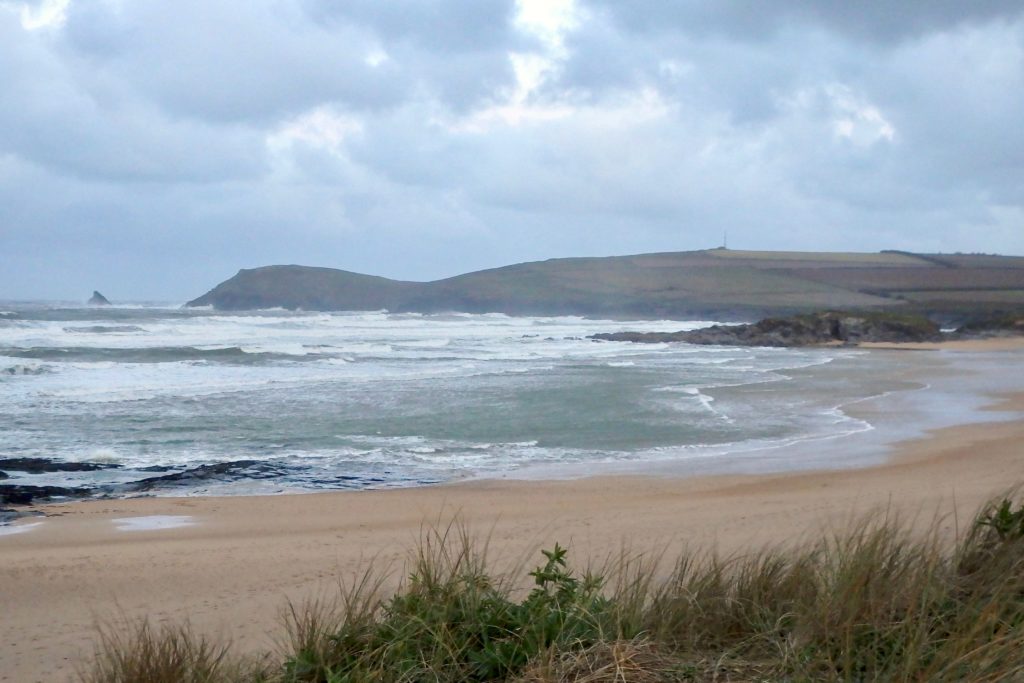 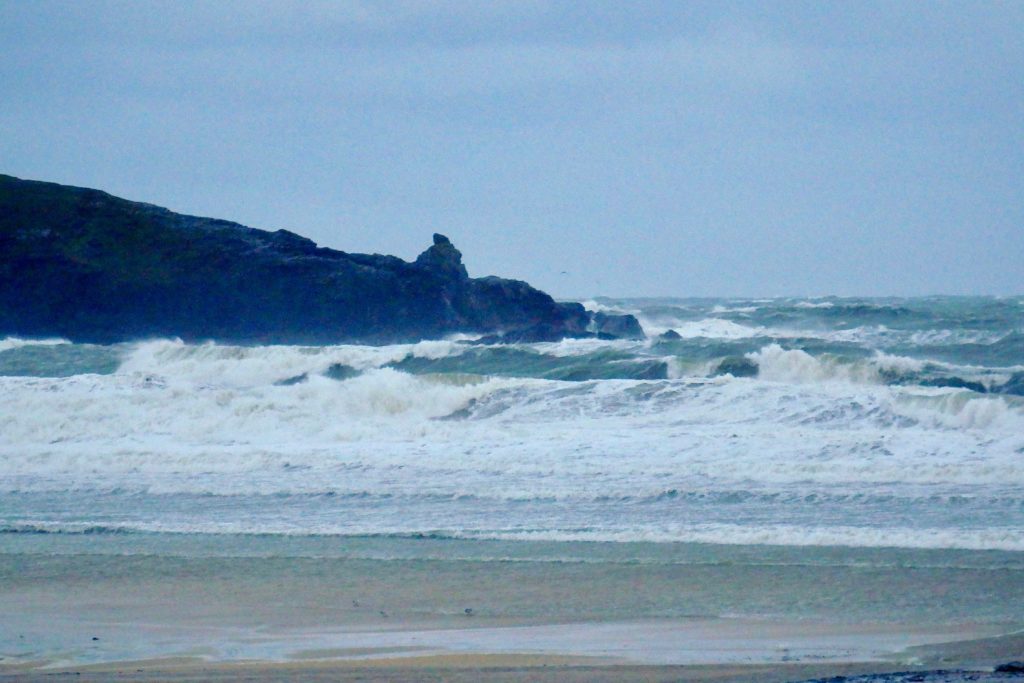 Six feet and bigger of grey and wintery looking, wind-blasted storm surf is blasting its way into low tide Harlyn this morning, those dark and threatening waves thumping their way onto the already compacted sand.
There’s nothing to surf on here today, although exciting to watch.
No, if you are keen on some rideable surf today then the far coast is beckoning! 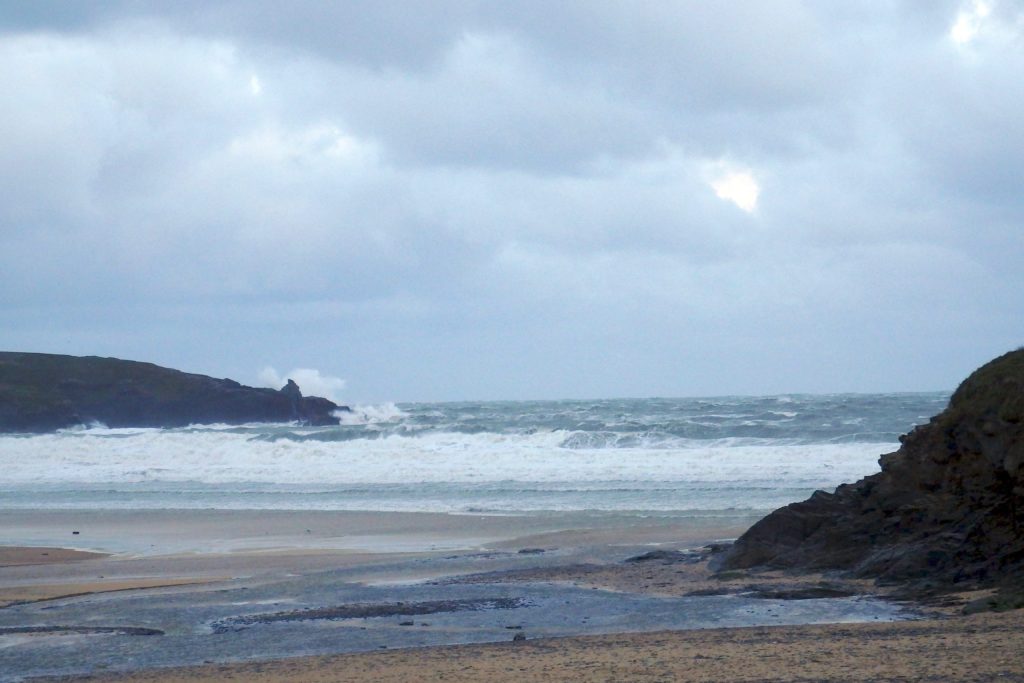 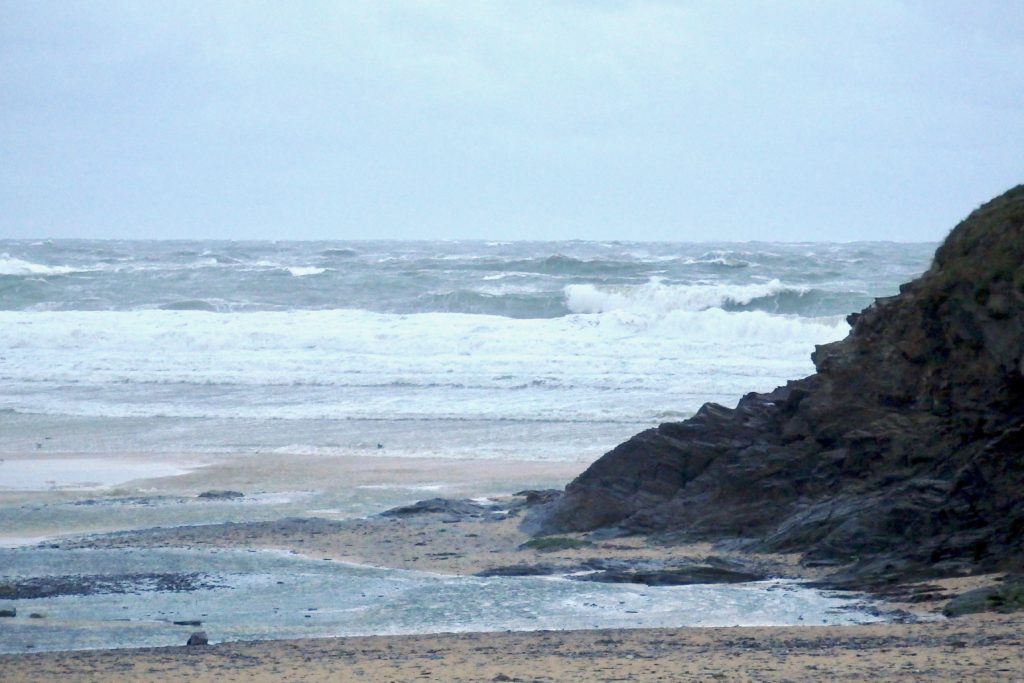 The winds are forecast to ease and calm as the day briefly lightens but those breezes are still going to be blowing from the north west, still fresh and still onshore.
We might just see something a little more worthwhile on the afternoon’s dropping tide at Harlyn – if the breeze switches to the south west as a few forecasts are promising.
And if it doesn’t get dark too soon.
And if the waves are big enough to make their way around there. 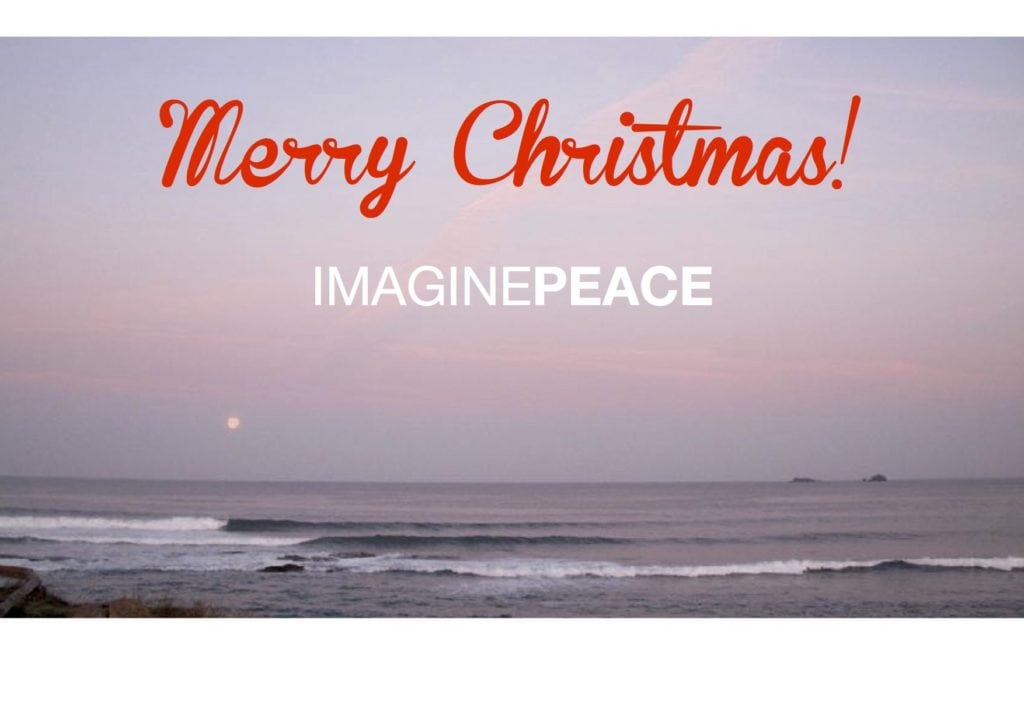