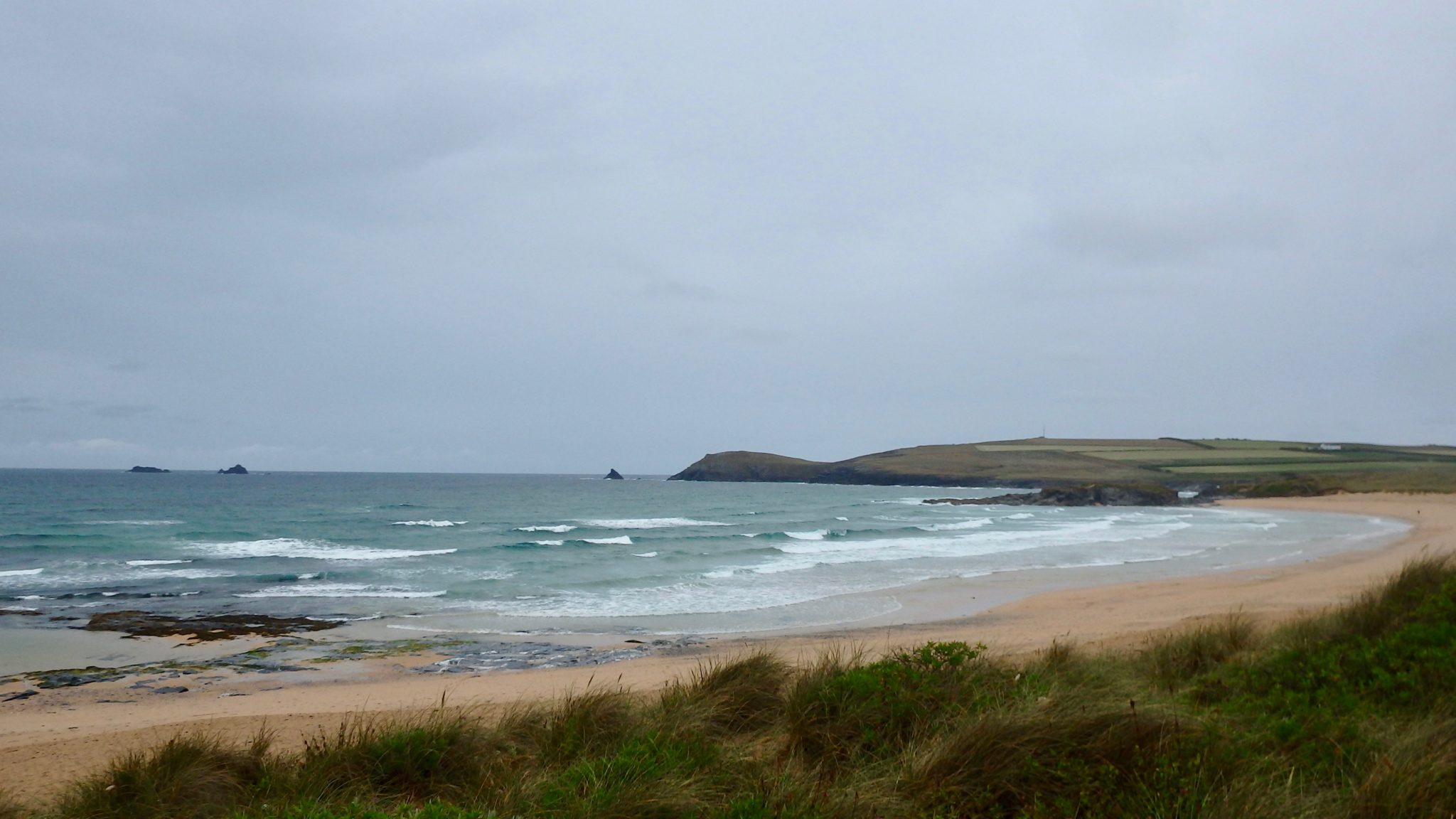 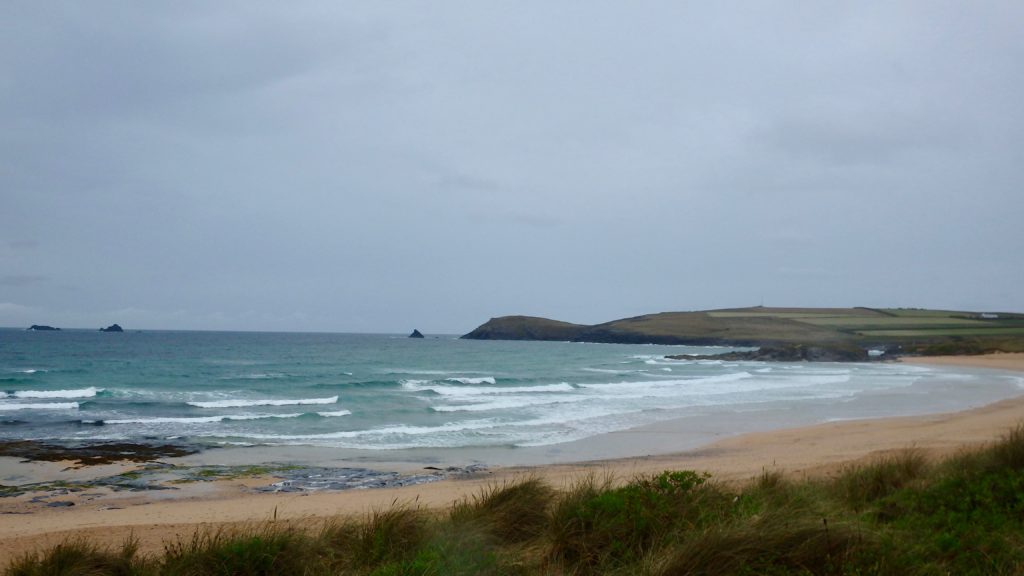 A mizzly and drizzly, murky old day seems to have settled over us this morning making for a gloomy beach scene that looks like it might just have settled in for the day!
But there is still something attractive about it all, the peace and emptiness feeling attractive as the rain falls steadily.
A couple to maybe three feet of bumpy surf is struggling through the murk to fling itself ashore here and there, seemingly having given up on the idea of organised surf breaks. A so far light north westerly breeze is keeping the air temperatures away from last week’s cauldron like hotness, while lightly slopping the sea’s surface.
But it looks fun too with the occasional peaking wave moving about the beach, allowing some of them to break with some purpose. But you’ll have to be in the right place at the right time or it is going to be a frustrating one! 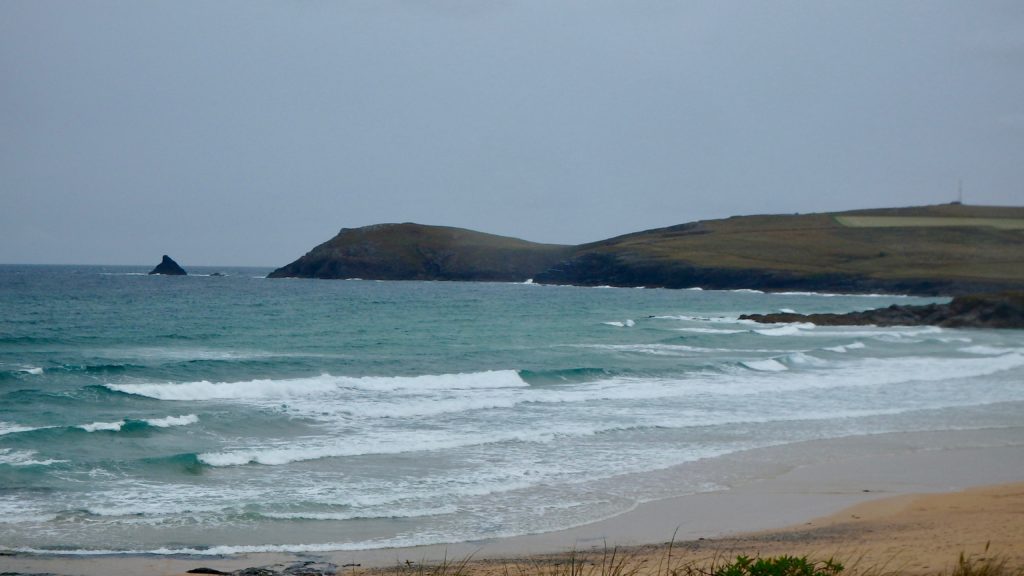 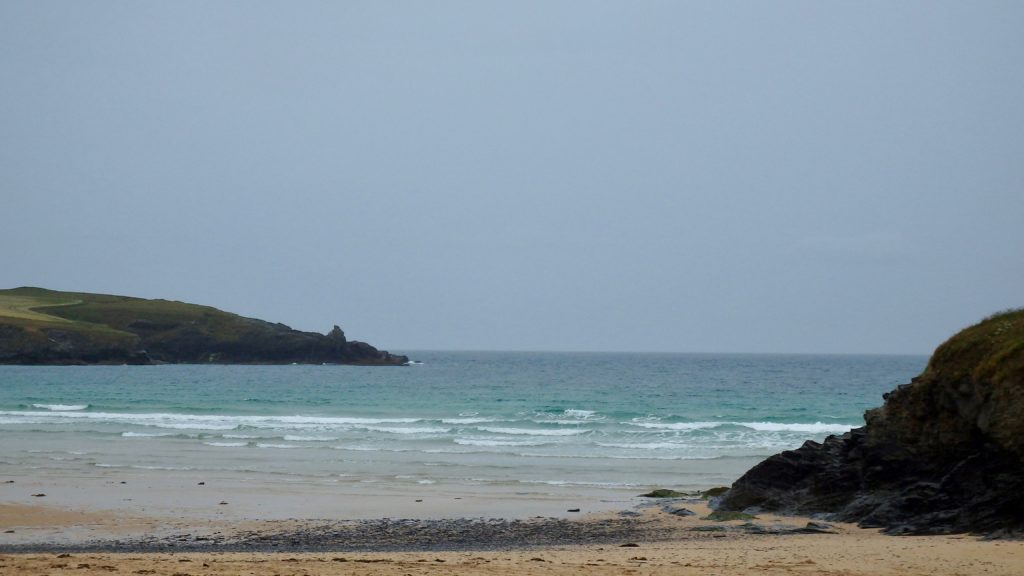 Tiny waves are skittering through the rain and drizzle before flopping onto the beach here this morning, the north westerly breeze making for a light chop on it all.
The breeze and probably the rain look like they are both quite happy to hang around all day and so it’s not looking at its best but it is still attractive in that bleak and murky way that it does. But it’s the other side for surf today and it’s not all that great over there! 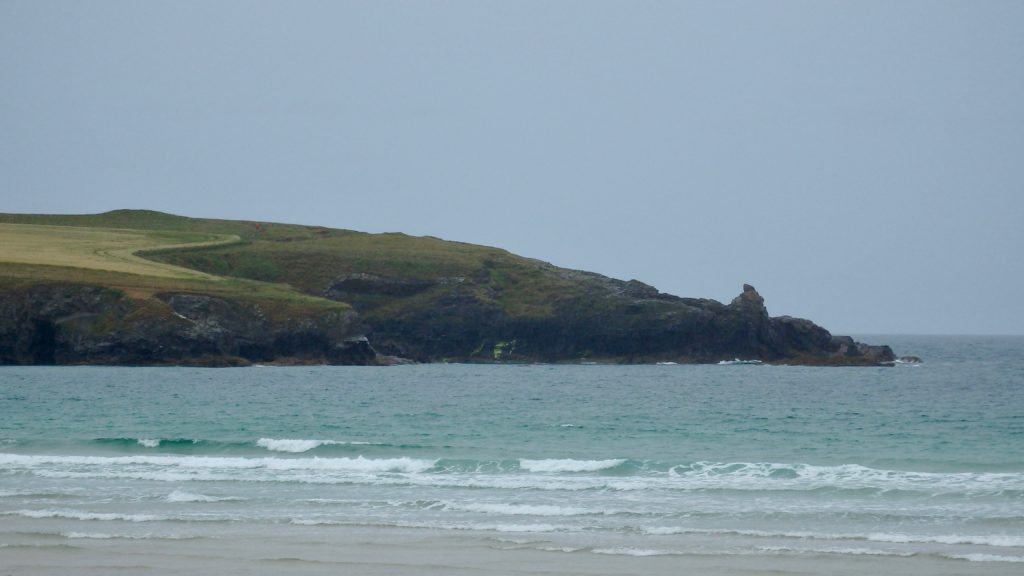 Another day of mizzle and murk might be waiting, that same north westerly wind steadily gusting down the coast, slopping and chopping the two to three fete of weak and wandering waves.
It’s not going to be great but there should still be some fun waves to play in if you’re keen enough.

Small and close together little waves are as much as we can expect to enjoy at the start of this week, the breeze starting out light and only very slowly increasing in strength as we go along.
By midweek we should be seeing that foot or two of swell from the start of the week turn into a half decent couple to three feet and then getting bigger by the end of the week.
The wind though is going to strengthen from the west north west before settling from the north through the end of the week, bringing chillier temperatures while ruining the surf.
The weekend is looking bigger but with westerly winds to make for lumpy Harlyn conditions.
So, a mixed old week but with a few surfing opportunities if you’re keen enough but those sharp and clean (and warm and sunny!) conditions of last week are now just a memory, it seems as though this Summer has had a re-boot back to normality!
Have a great week, wherever you are and whatever you’re doing!