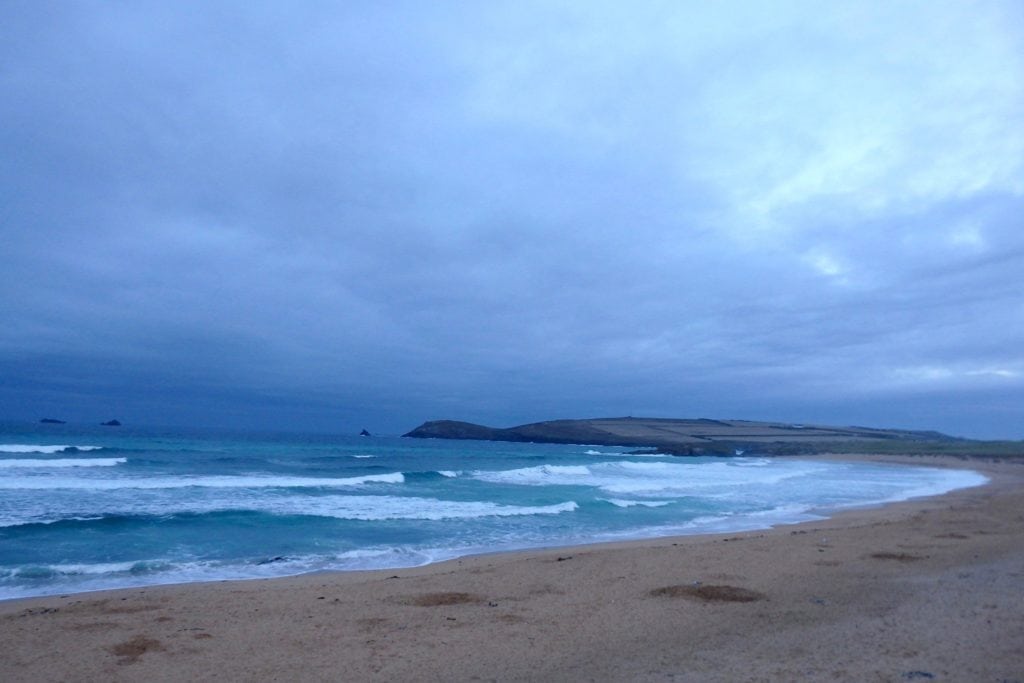 A dull, grey sky has moved over us in the last half hour, an air of almost drizzle clinging in the breeze.
The three feet of shiny turquoise surf is being buffeted only a little by the onshore, south westerly, breeze, those bigger set waves breaking much further out and pushing all the way through to dry sand.
Make the most of it this morning, the wind is forecast to swing to the north as we go through the day, although the weather should improve as we go along too. 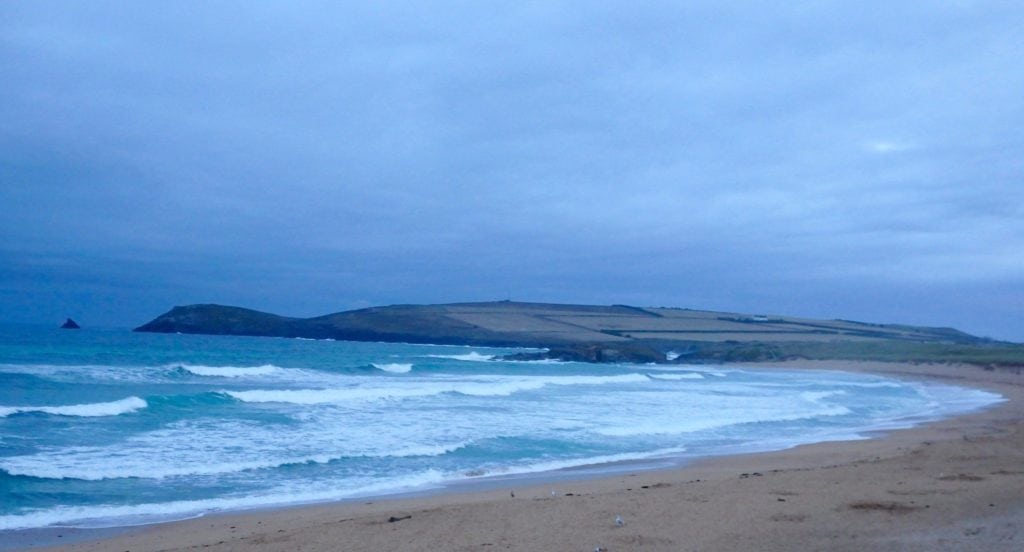 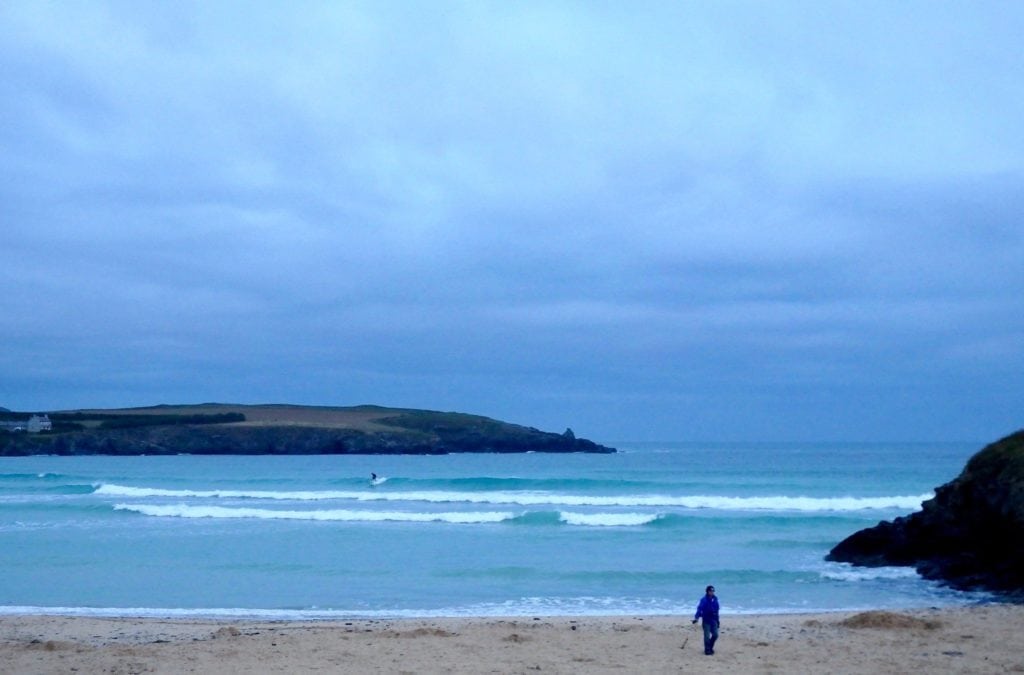 The sea is a shimmering turquoise here this morning with small but beautiful looking little waves looping their way to the beach.
Two feet of glassy little walls are crashing along as the tide starts to drop back, the offshore sou’ westerly breeze smoothing those waves as they break.
The wind is forecast to slip to the north as the the day goes on which will make a mess of these lovely, clean conditions, so it might be an idea to get on it quickly ion you’re keen!

A four foot swell should be rolling our way today with fairly light westerly winds drifting in onshore.
The swell should open out to a ten to twelve second wave period and so should maintain its lineup in spite of those onshore breezes.
Yep, it should be fun with the sheltered spots maybe offering another option too!

Light onshore winds are likely to start this week again, a slowly decreasing swell being pushed in by those same winds, before a new swell kicks in for midweek.
But the weather should stay mainly fine for the last few days of the school holidays while there should be plenty of fun surf to keep everyone happy enough.
A gradually easing, three feet or so of crumbly swell will start the week, slopped a little by light north westerlies but with loads of sunshine. The breeze is likely to ease to the south west soon enough, helping the swell along and keeping temperatures mild in the sunshine.
By midweek we should be enjoying some halcyon summer days with a rhythmic three to four feet of solid swell rolling in all day long.
Have a great week, wherever you are and whatever you’re doing!