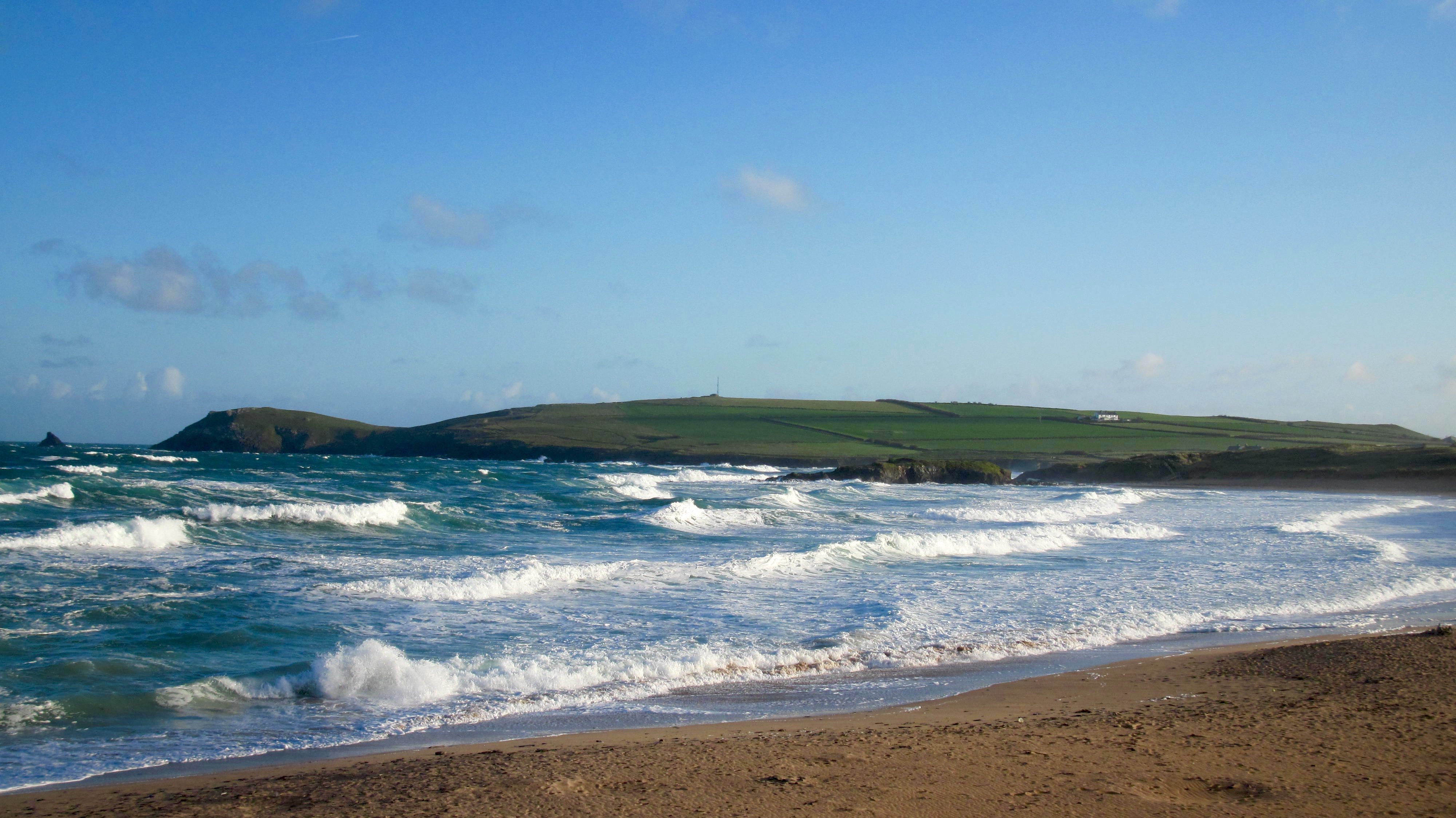 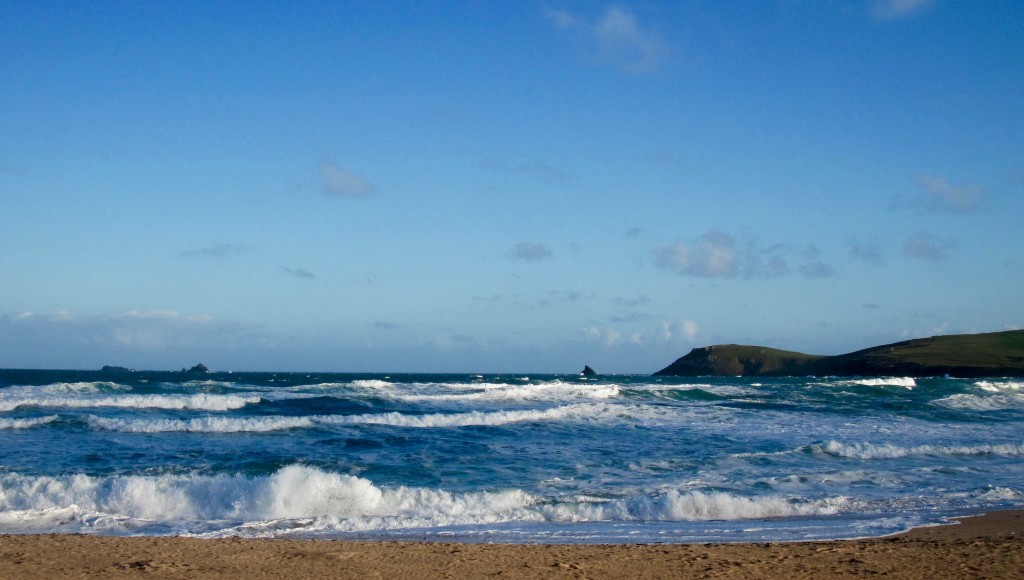 A breezy and brighter day is cheerfully blowing in this morning, the wind gusting in from the west, piling in three to four feet of mixed up and mushy surf.
The sky is blue but the temperatures are still a little chilly in this wind although it is likely to warm up soon enough I guess.
All of the forecasts are showing a decrease in wind strength throughout the day and so it does look like surf conditions should improve as we go along too.
But right now the surf is pretty much blown out, three to four feet of sloppy junk surf. 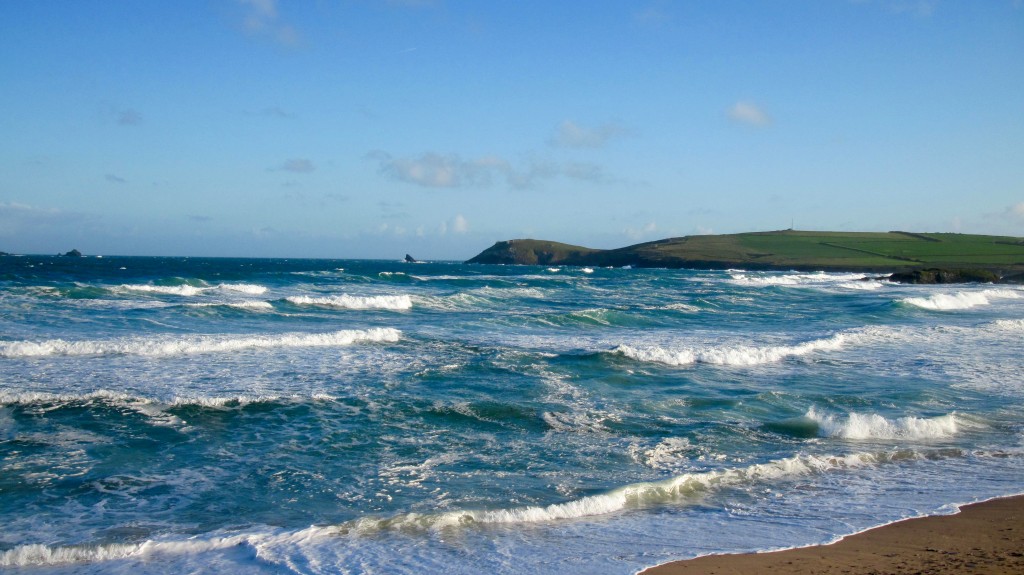 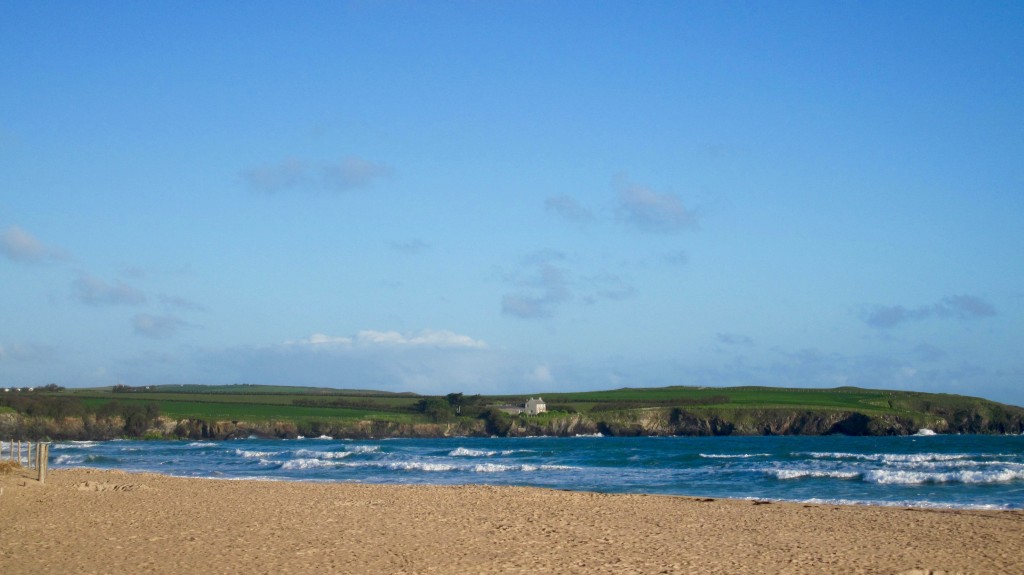 The wind is messing and slopping up the two to three feet of surf around here this morning but the clear sunshine at least is making it look more attractive than it has for a good while now.
Given that the forecasts are all showing a decrease in wind strength as we go through the day then conditions here should be improving as we go along. But the surf is smaller aleady than it has been and I guess that it is likely to drop as the wind eases too.
Saying that, we should see the start of a new swell showing itself soon too, so that could counter-effect the tidal pull.
It could be worth a check back later but that applies to the other side too!
It’s going to be a waiting game to find the best surf today! 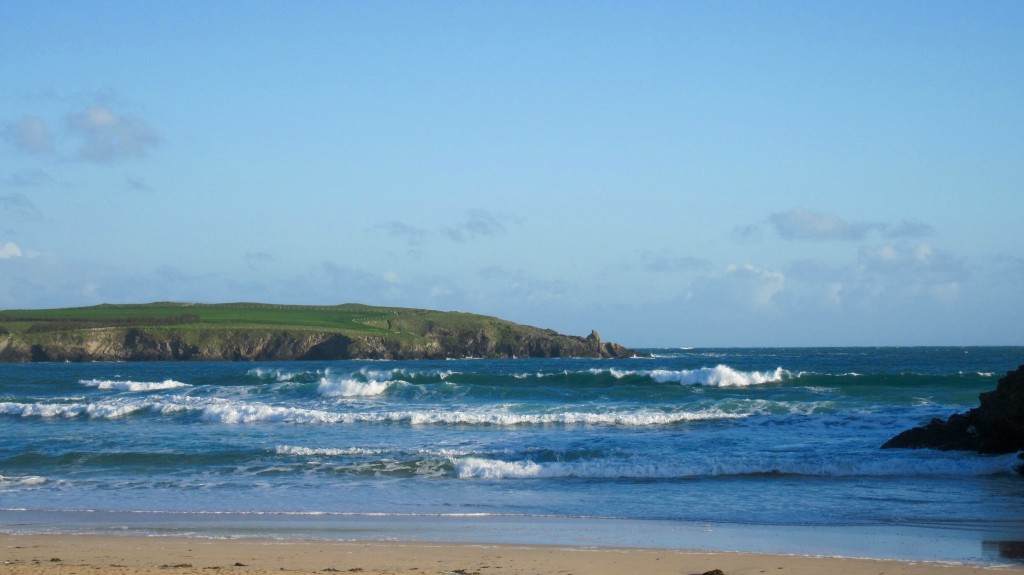 The surf could just be good today and so could the weather!
A fresh three foot swell should be rolling our way by morning, the wind lighter and offshore (south easterly), the sun hanging high in a clear blue sky.
Yep, it could just be a good ‘un today!

The recent storms that have lashed our coastline should continue to ease and settle, allowing a spell of more enticing weather to spread our way.
Thursday is looking promising for both surf and weather, light offshores being forecast to help shape and smooth a new three foot swell. And the weather looks set to be bright and cheerful with some pleasing sunshine and warm air.
That wind is likely to have settled itself back to westerly by Friday, a more overcast day too maybe, but there should be some decent surf early in the morning and again in the evening, a couple of feet of okay, fun surf maybe.
And that is likely to be the way of it through the weekend; two to three feet of surf with mainly onshore, westerly winds becoming stronger through the afternoons with clear and warm weather throughout.
Have a great week, wherever you are and whatever you’re doing!