Surf Report for Wednesday 9th May 2018 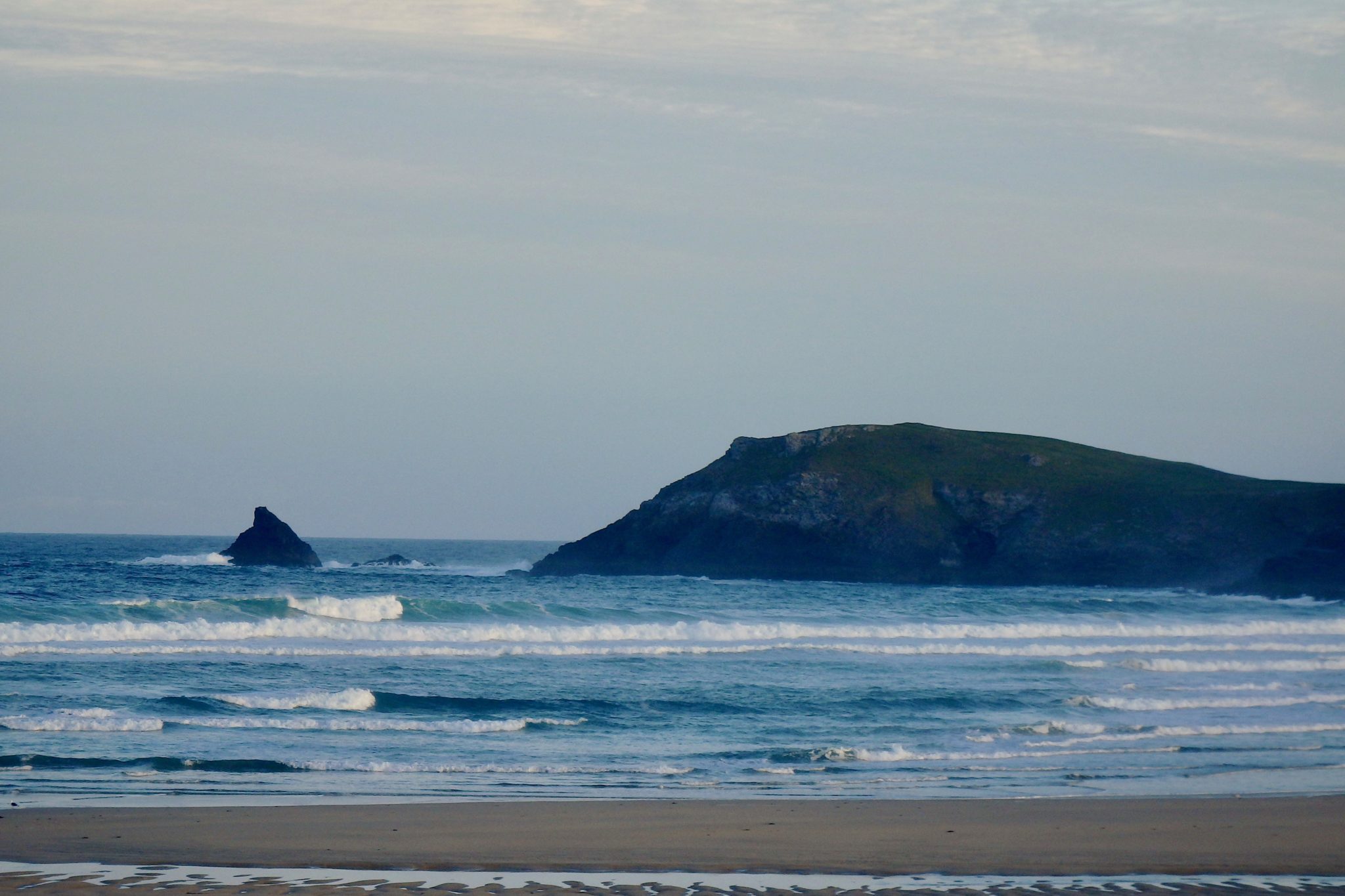 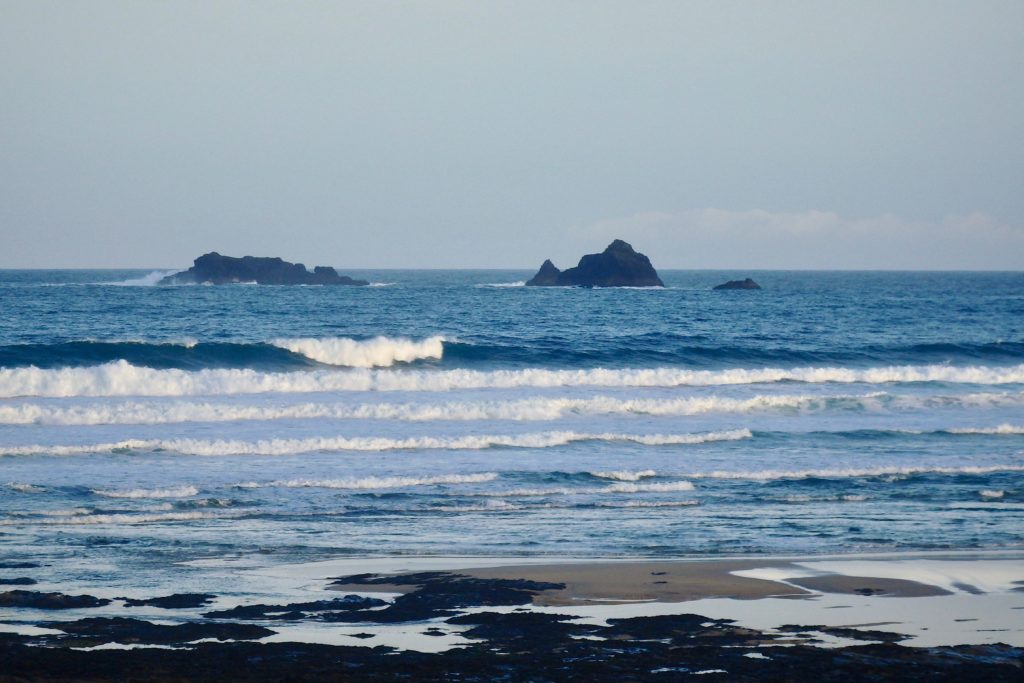 A bright ‘n only lightly breezy one is greeting us this morning, a light chill in that north westerly breeze but otherwise the sky is mainly blue, the sun is bright and the breeze is light.
But there is a darker shadow just over there and it seems to be steadily drifting this way.
Anyway, right now there’s a solid four feet and bigger of chunky and bumpy peaks funnelling across the sandbars at low tide Constantine and into Booby’s Bay, those thick waves churning themselves inside out over the shallows.
If the wind doesn’t strengthen too much and the swell doesn’t get too big for itself, then we could be in for some pumping and dumping fun.
But that is probably an ‘if‘ or two too many! 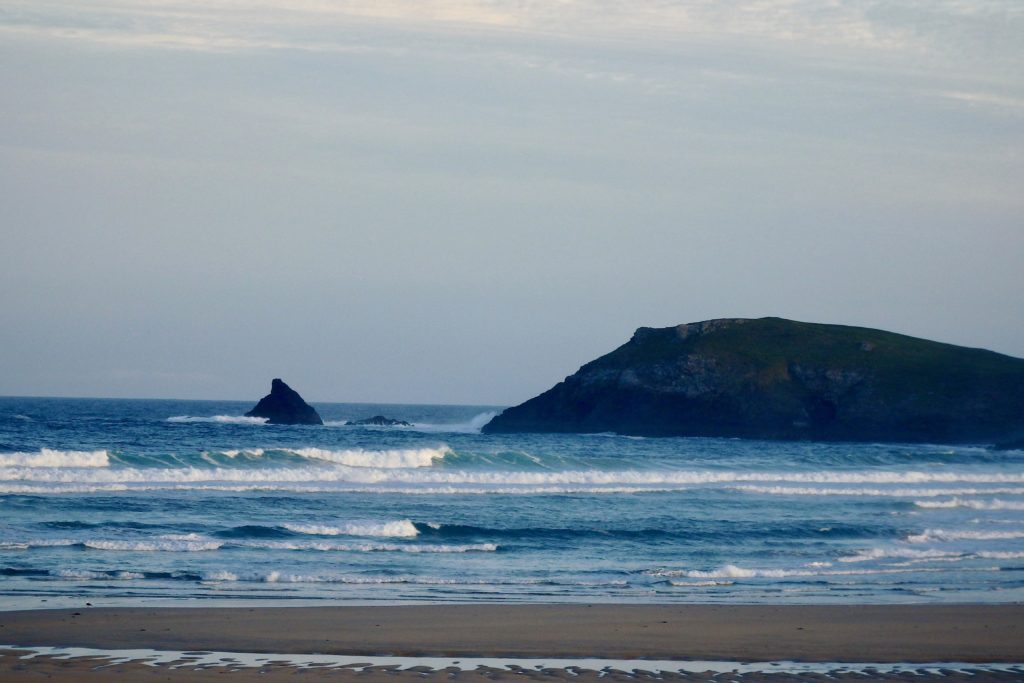 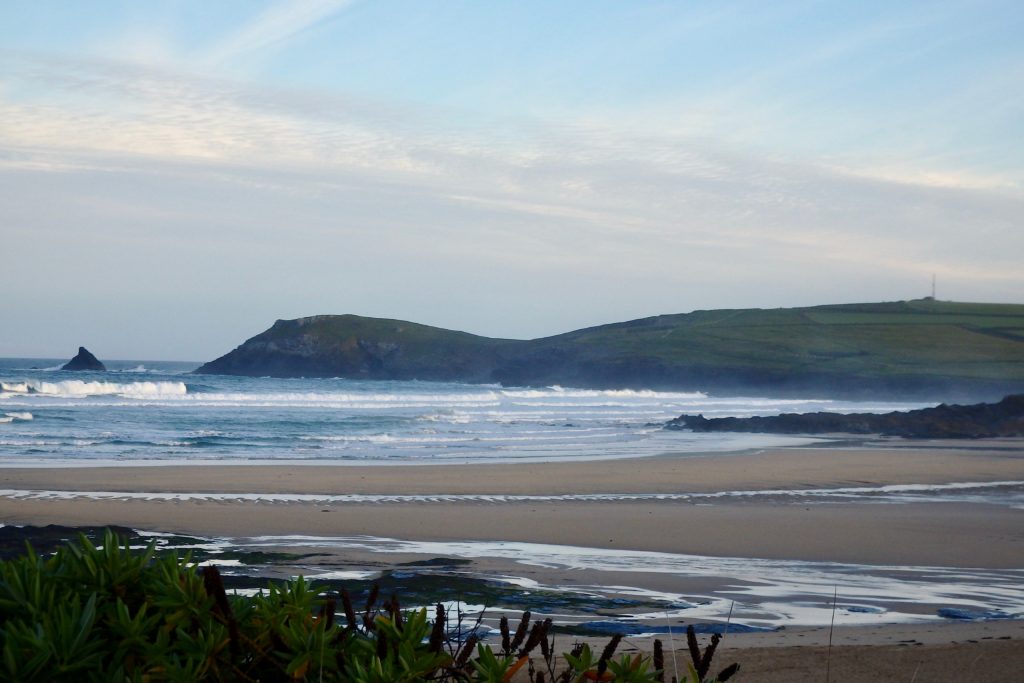 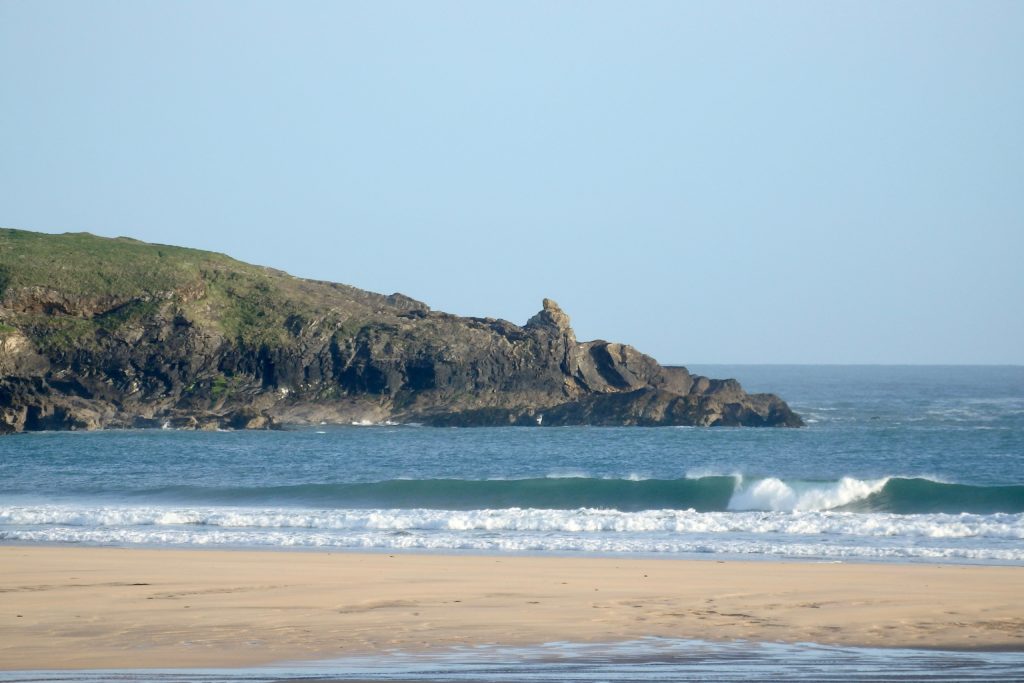 A couple of feet of almost glassy, wobbly but fun little waves are tumbling onto the low tide sand at Harlyn this morning, the north westerly breeze onshore but light enough to not affect it too much just yet.
A handful of guys are on their way in and they probably have the right idea, that wind will probably chop and slop it soon enough! 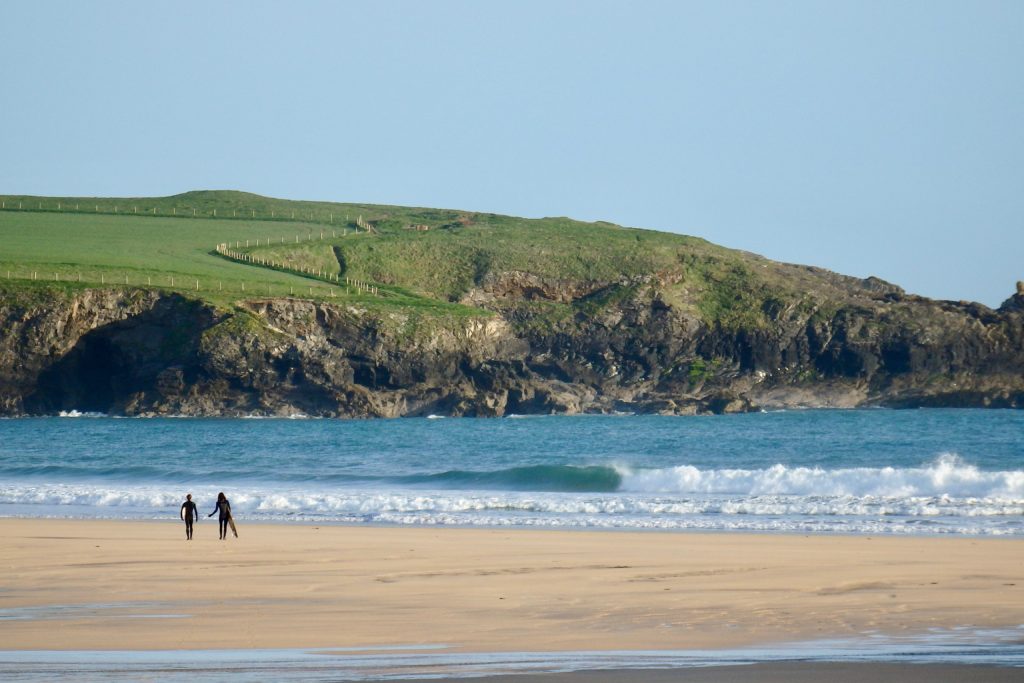 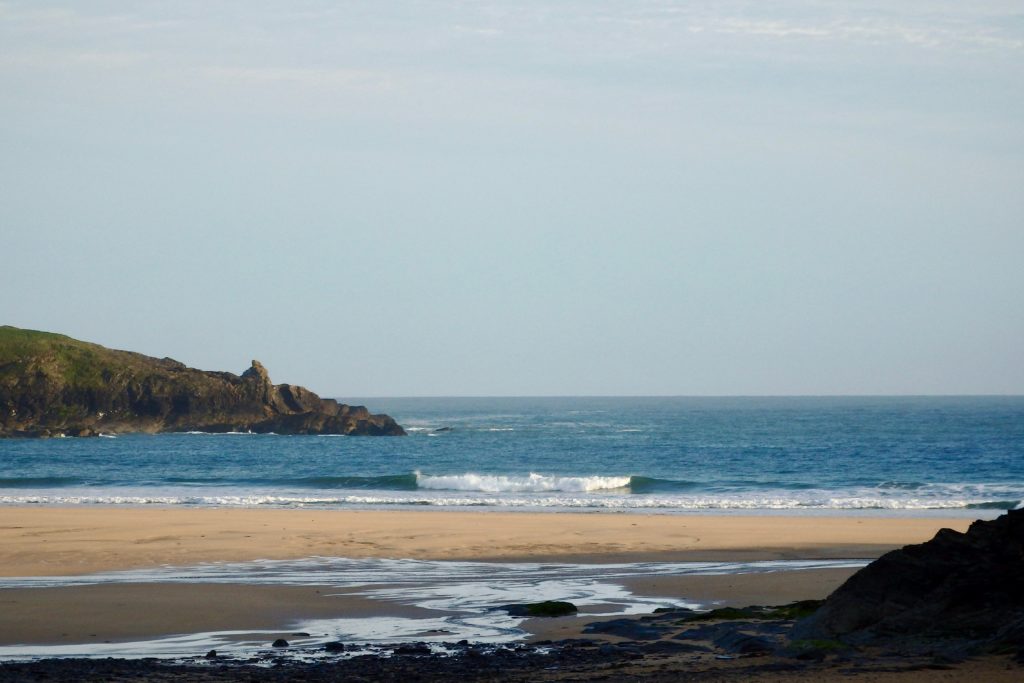 Surf Forecast for Thursday 10th May 2018

Big waves are likely to be pounding their way into our bays all day long and so it is down to the winds to decide whether it will be rideable or not.
In the morning we will probably be watching a steady nor’ wester blowing onshore and making a mess of the surf everywhere on this coast. But the forecasts are showing the winds to back south westerly and that will open Harlyn right up!
There could just be some hollow boomers exploding their way into Harlyn on the evening tide!

As our Bank Holiday visitors gradually ease themselves back to reality we should start to lose those annoying fog banks, which will of course eventually be replaced by wind and rain!
By Tuesday afternoon the breeze will be increasing in strength having switched to the north west. And some cloudier weather will start to see some showers flowing our way.
Meantime the swell should start to increase, doubling in size overnight into Wednesday and building steadily into the back half of the week.
Harlyn should start to find its feet as south westerly winds blow through on Wednesday, a decent three to four feet of hollow surf bowling through there.
Big wave will be battering our coastline through Thursday, the north westerly wind junking it all out on this coast but by Friday a direct southerly wind will show off some spots to their best, especially with a solid groundswell rolling through in the six foot plus size range.
So, a breezy and damp week approaches but feeling fresher and more lively than it has done, with plenty of surf for everyone on both coasts!
Have a great week, wherever you are and whatever you’re doing!