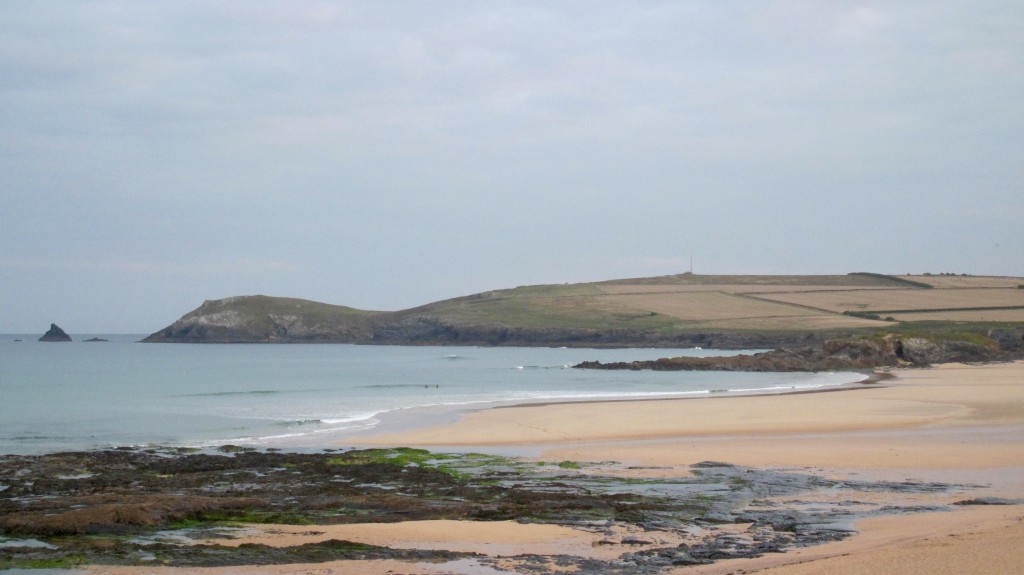 There’s an energy in the air this morning, something intangible that maybe only someone who surfs might feel?
The air is still, the sky is brightening rapidly and the sea is as smooth as silk.
And, there is a tiny little wave gracefully gliding into a mid bay peak!
The surf is only small right now, maybe a foot, occasionally trying to be two and those little waves are a long, long way apart but there’s something stirring, you can feel it.
Sooner rather than later I suspect that we will be enjoying some really, really good surf! Three feet plus with a light offshore under clear, blue skies is very likely by lunchtime.
Have a great day! 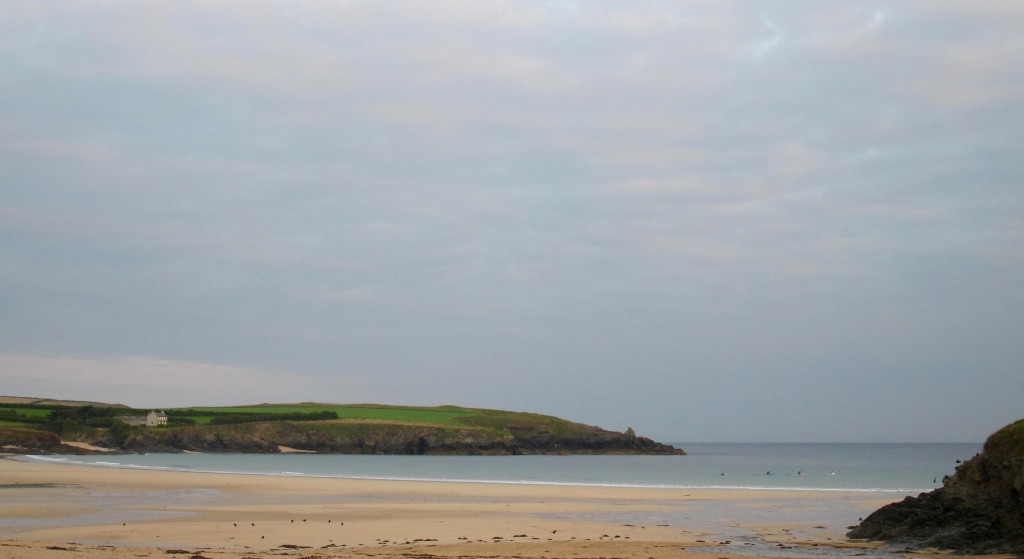 It is still flat around here this morning but as Sharky and the early training crew put a few strokes in, you can just define some tiny shadows of swell lines pulsing across the low tide bay.
It’s all about the other side of the headland today though, the wind is set to be offshore and the swell is starting to build over there.
We might see a sloppy foot or two of crumbly surf here today but the other side is likely to become three to four feet and sharp by this afternoon! 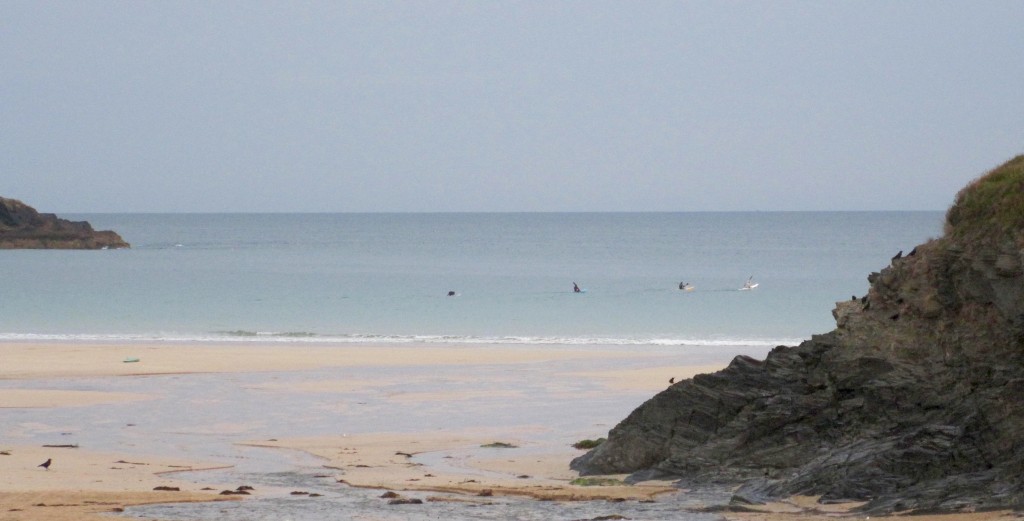 A three foot swell with steady south easterly (offshore) winds under clear, blue skies.
What more could we hope for?

I hope that you have made the most of the last few days of flatness because that is about to change!
We should be enjoying an evenly spaced and smooth, long distance swell building throughout Wednesday.
Three to four and then five feet of offshore groomed and immaculate surf is likely to be rolling through under clear and sunny skies.
And that swell should be with us for the rest of the week, that high pressure only reluctantly sloping off to the east.
Yep, a few days of wonderful and cheery surf should be cheering us all up as we enjoy those long waited September sessions!
Have a great week, wherever you are and whatever you’re doing!