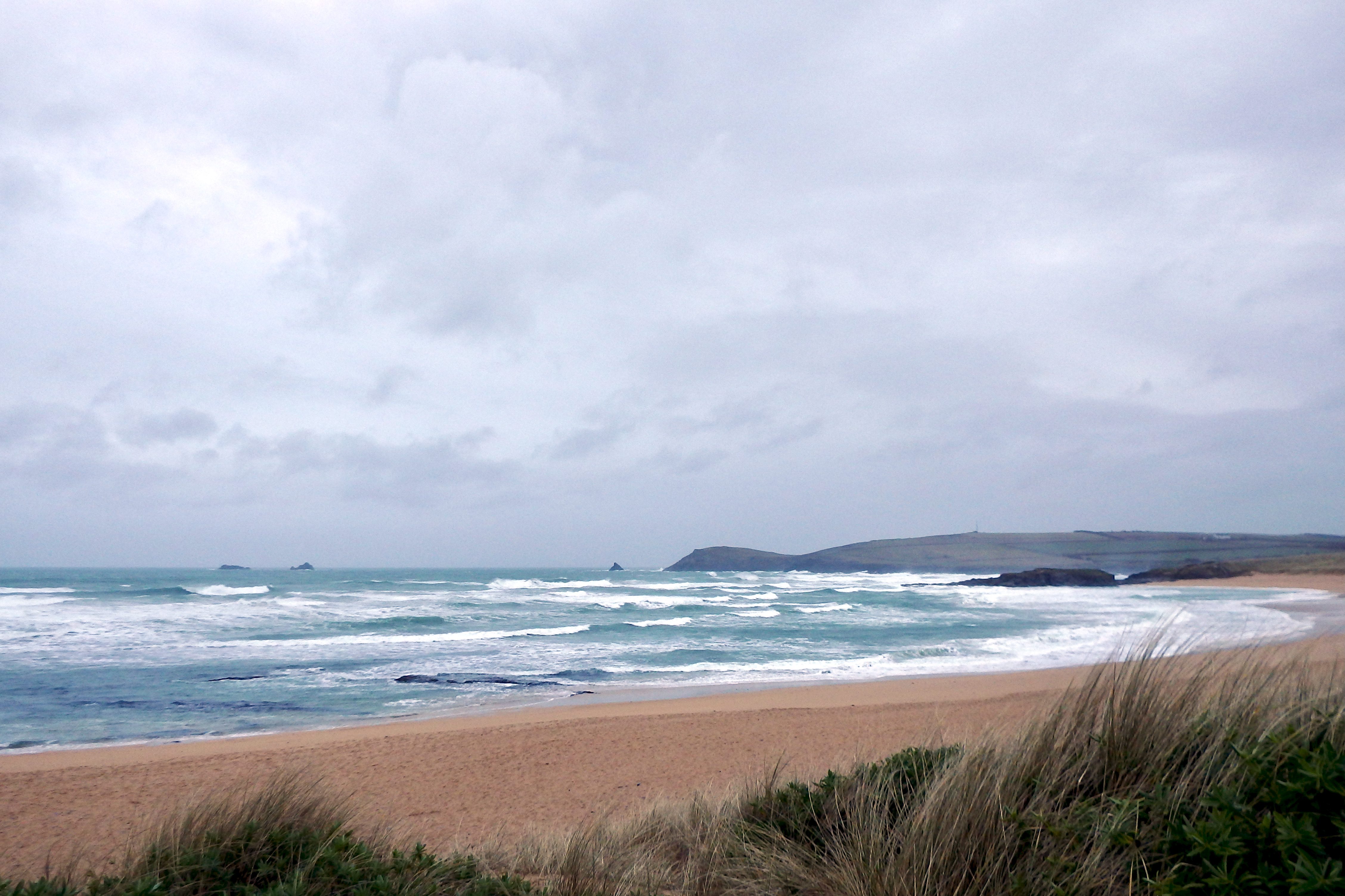 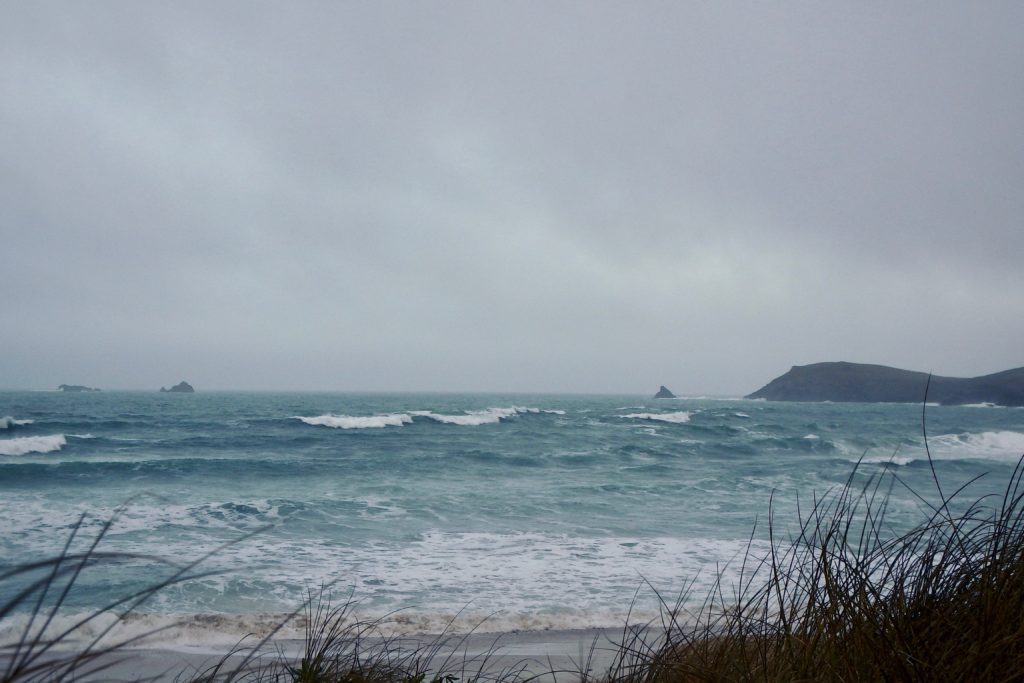 A thick wall of fog is starting to clear this morning gradually revealing a sloppy three feet of otherwise quite fun looking surf.
The tide is high but a few peaks are still managing to wall up before rolling away to shore in the steady nor’ westerly wind.
The wind is set for the day and the swell s likely to build a little on this evening’s tide while we might just see an improvement in the weather through this afternoon. 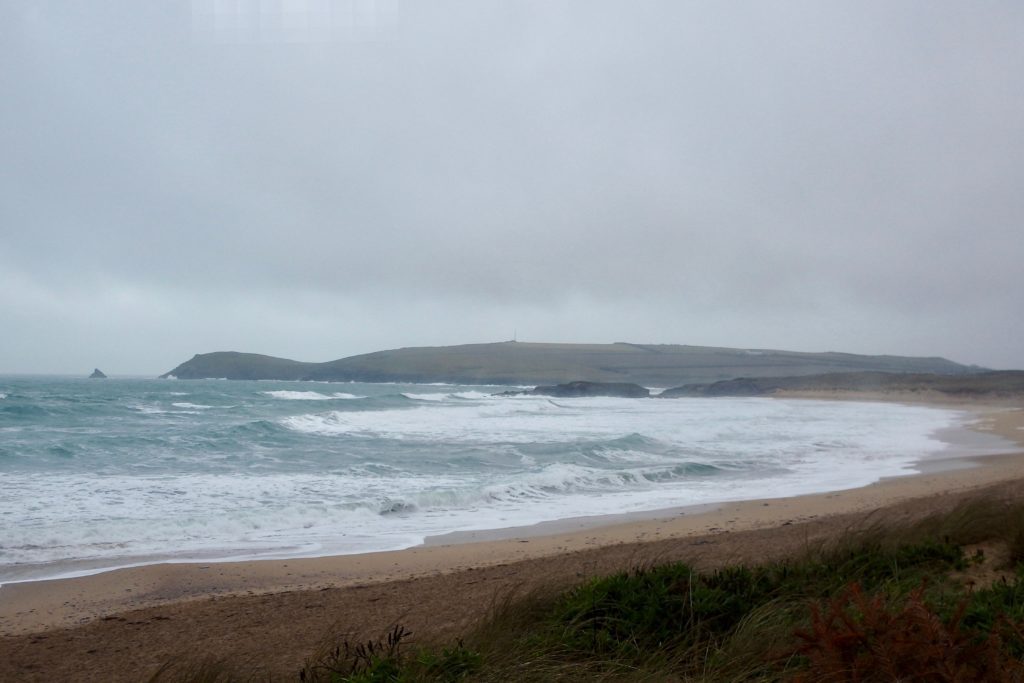 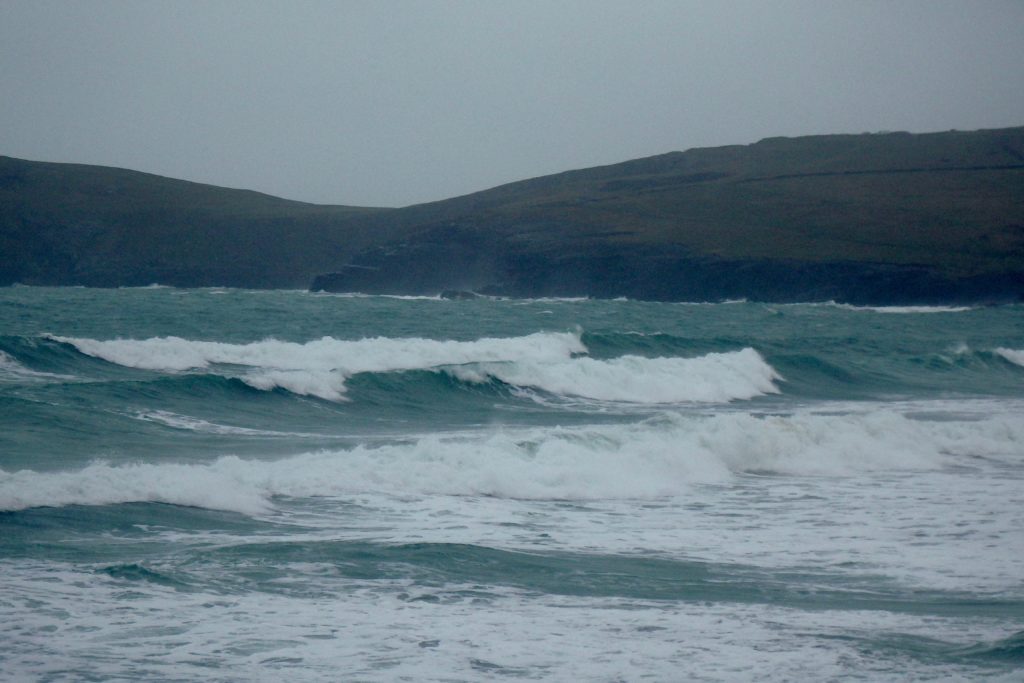 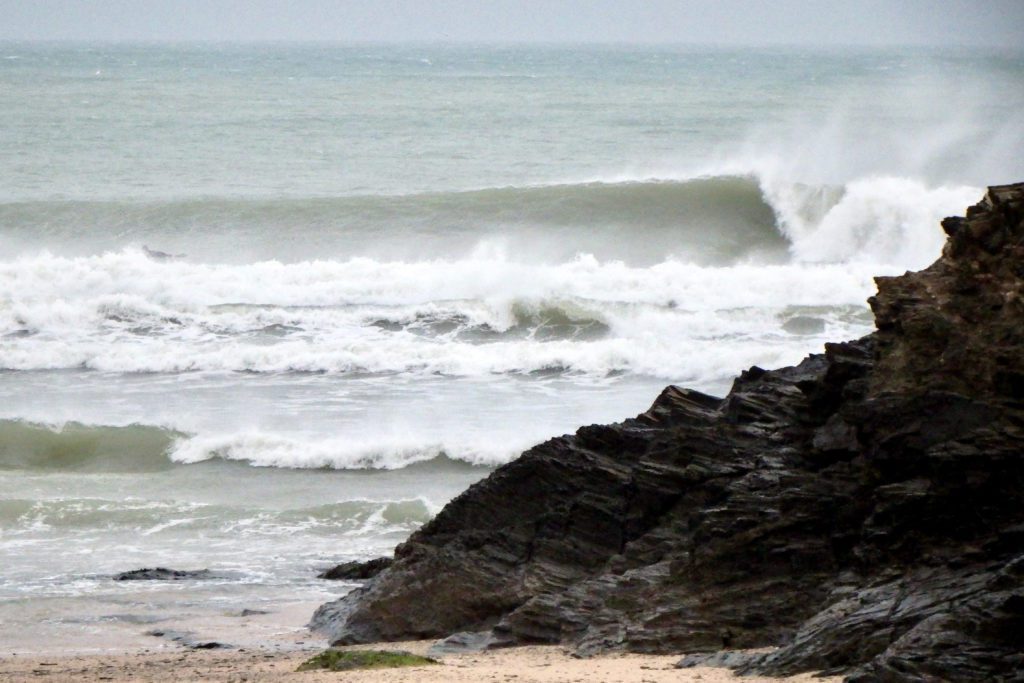 A foot or two of crumbly little waves are washing across the hightide shoreline this morning, all fairly weak looking and crumbly but surfable if you’re keen.
The mist and fog are clearing quite quickly now too but as the tide drops out we are probably going to lose those occasional bigger waves that have been swinging through very occasionally.
But give it a few hours, or wait until the incoming tide and we should see a couple of slightly bigger but still fairly mushy ones. 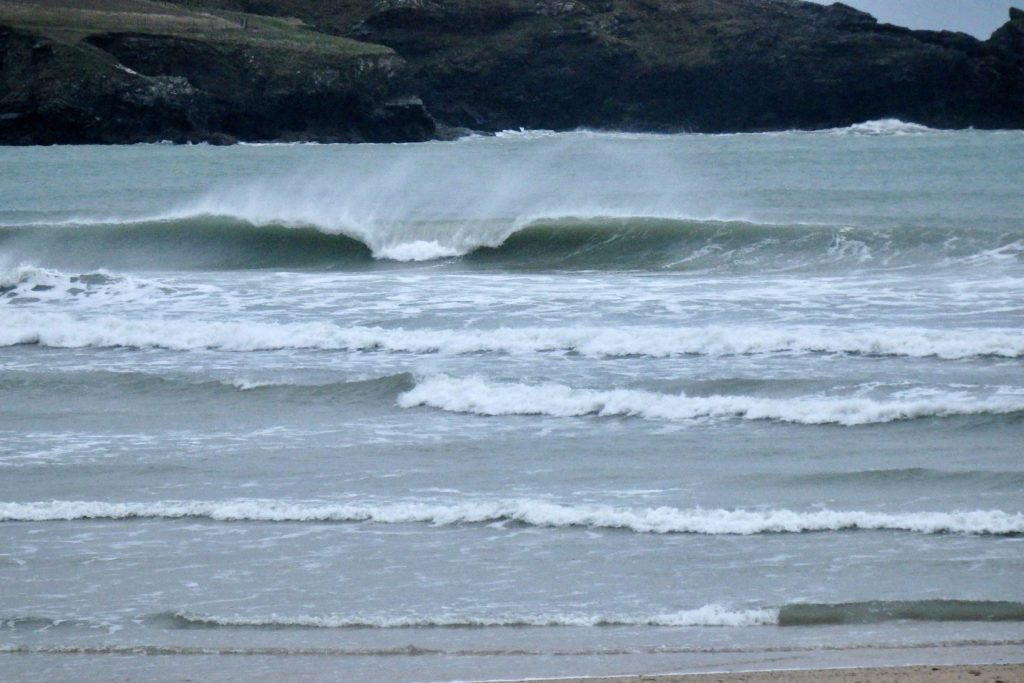 It’s all down to the wind today and that wind could just be kind to us.
Just a degree or two of change should allow a fresh breeze to chill the air more from the north and then hopefully the north east, offshore at some of our favourite surf breaks.
Throw in a building swell as well as some clear skies later and we might just have a day of some good surf waiting for us!

Following a slow start we might just enjoy a very nice week of clean and sparkling surf!
North westerlies are going to kick the week off, staying relatively light and steady through Monday, strengthening just a little as they veer more northerly through Tuesday.
With a building swell bumping up to about four or five feet, we might just feel a little frustrated with the bumpy and crumbly conditions at all of the breaks.
But by midweek steady offshores should be drifting from the east, shaping and moulding some decent three foot plus, high-teens wave period, well travelled swell.
It should be shapely and it should be solid for its size and it should last all the way through till the end of the week.
Have great week, wherever you are and whatever you’re doing!