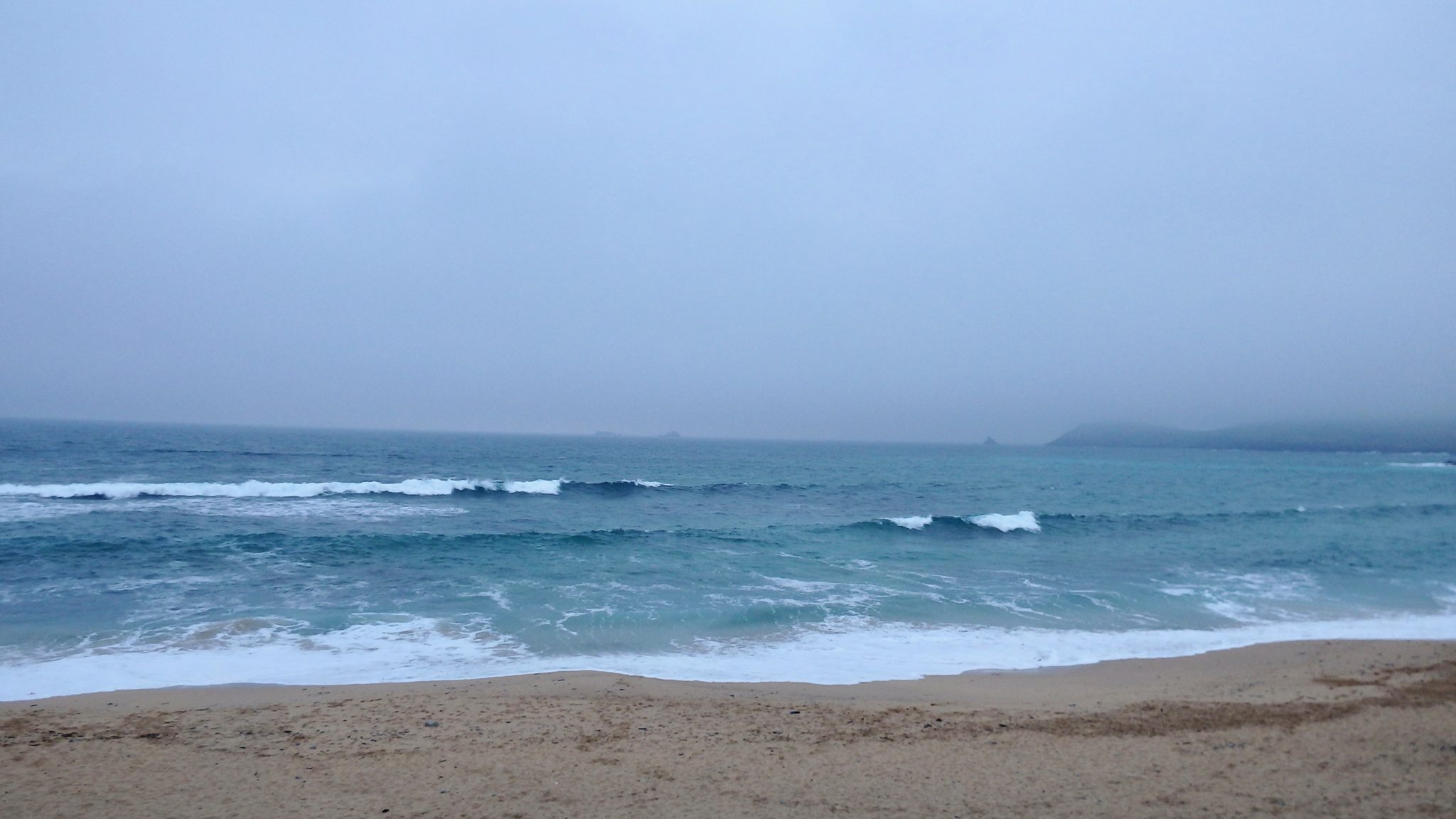 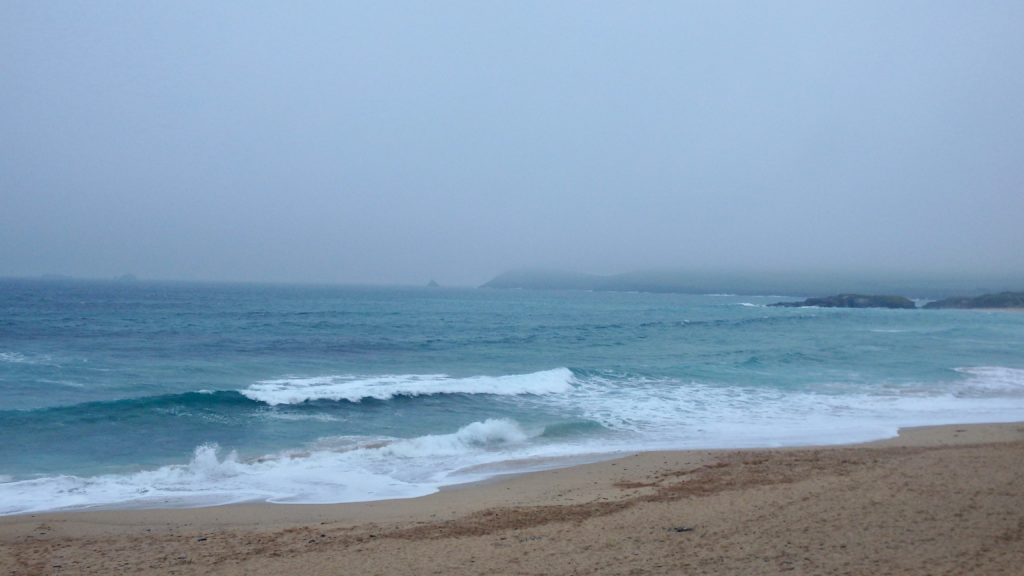 It’s a bit of a gloomy one this morning!
Following last night’s stormy theatrical light show, a blowy westerly wind is buffeting the headland this morning providing a wet and overcast dank and dreary old start to the day.
Three feet or so of wind chopped, grey and sloppy surf is rumbling onto the sand just ahead of high tide, the rain lashing across the marram, the wind gusting fresh.
It ain’t great, especially for a holiday weekend, especially after the last few days but there will be surfable waves and it will brighten up.
But maybe not until later! 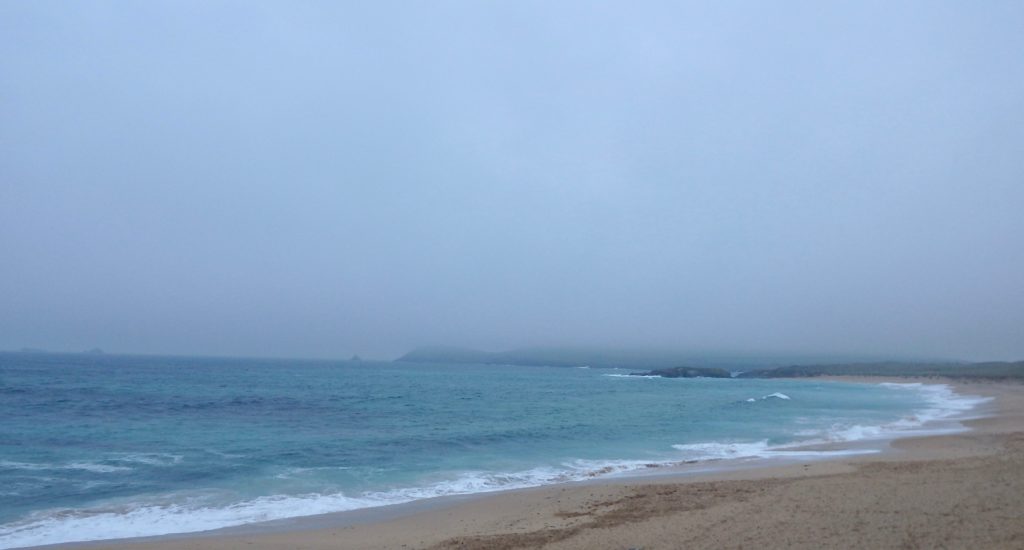 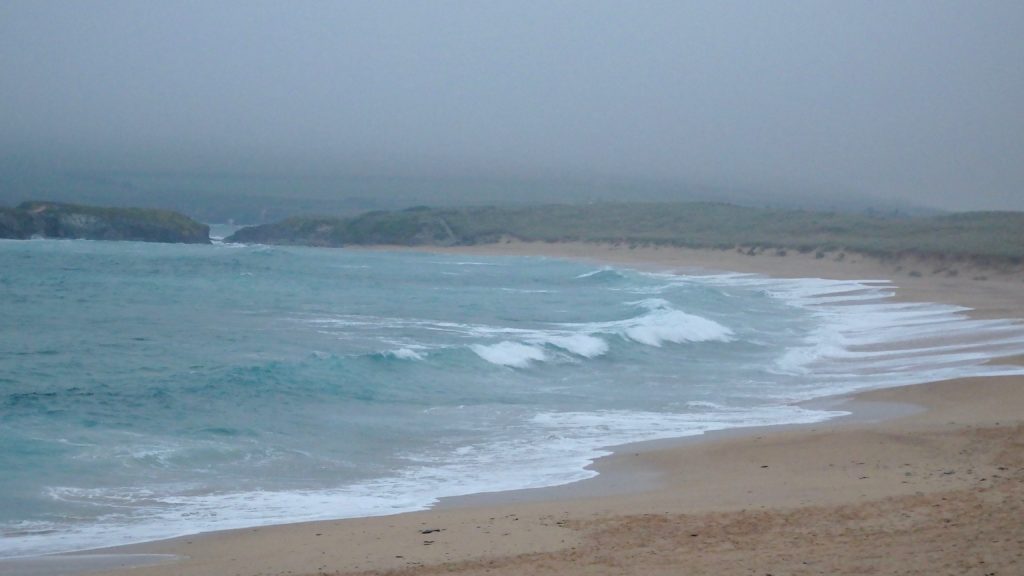 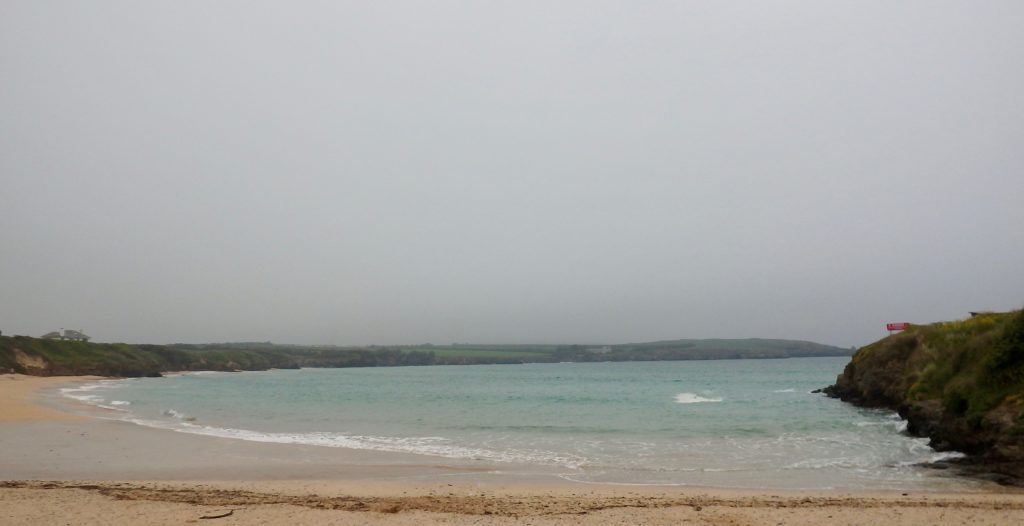 Small waves are pushing onto the high tide sand here this morning, a wind buffeted foot or maybe two of grey and crumbly surf, promising to clean up later if not pick up much.
The dropping tide will probably negate the slight pulse in swell that we can expect through midday but the wind might just back a degree or two to the south alter, at least offering sharper and snappier if tiny little waves to play in. 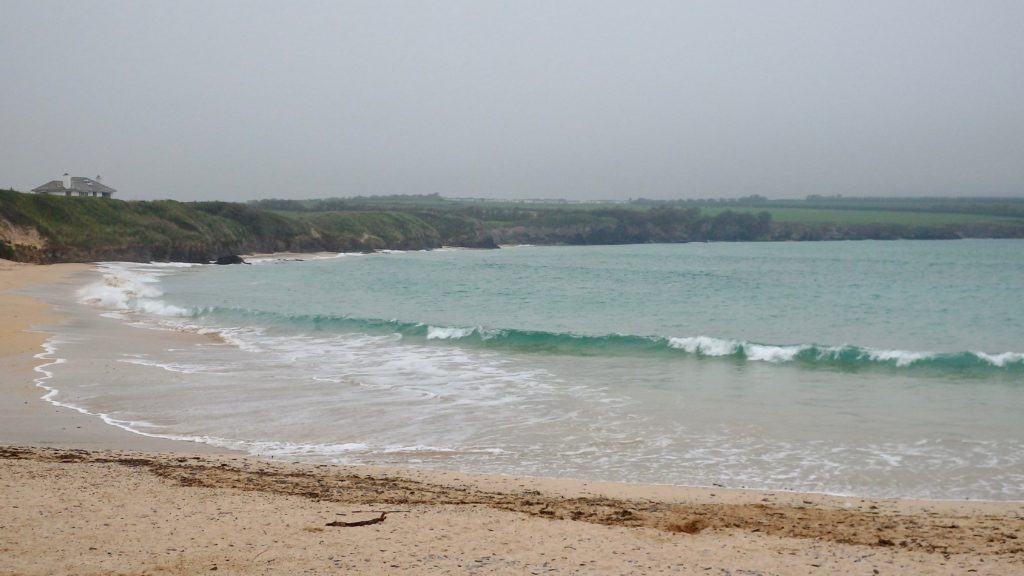 The breeze is likely to swing offshore again today, helping to make that two feet or so of small but clean surf just a little more inviting!

Surf Conditions for the Holiday Weekend

Ah, wouldn’t you believe it, all that gorgeous weather and small but clean surf and then the groms escape the school gates for a break and the weather goes wobbly.
The weather will probably have overheated by Saturday resulting in a bit of a thick and heavy skied day with some occasional drenching to be had. And of course the wind will likely twitch onshore for the day too, a gusting sou’ westerly chopping out the west side beaches while teasing with its offshore cleanliness at a likely surfless Harlyn.
And that sou’ wester is likely to continue into Sunday morning but slowly brightening and cheering, the wind gradually backing to the north and then north east (offshore) by the evening.
So Sunday could very definitely be a day of two halves the evening conditions maybe making up for the sloppiness of earlier.
And then we are into a week of mixed conditions but with plenty of surf and periods of more than decent weather.
Yep, I think that the groms should end up having a pretty good week off school with plenty of surf and some okay weather too!
Have a great weekend, wherever you are and whatever you’re doing!