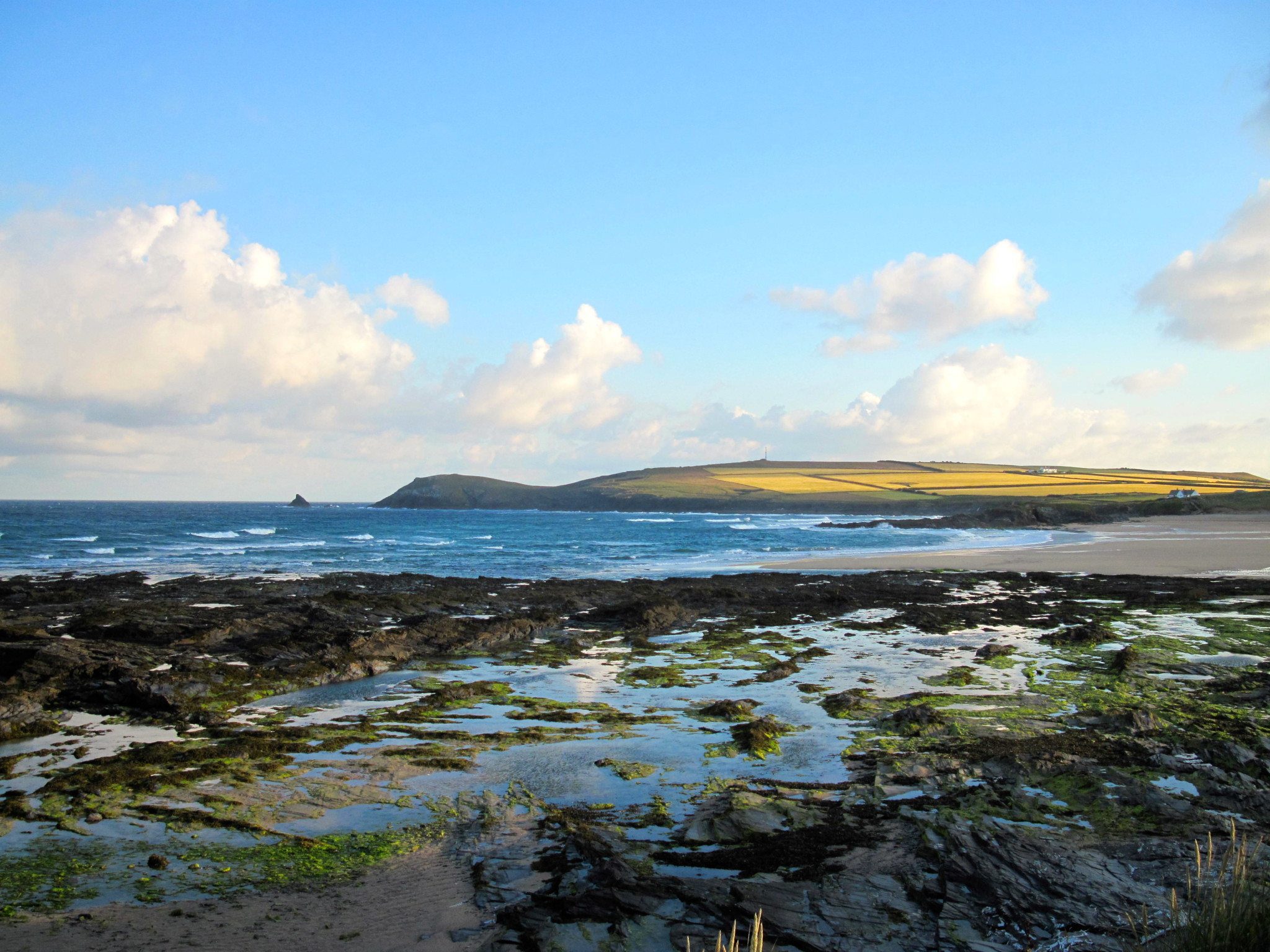 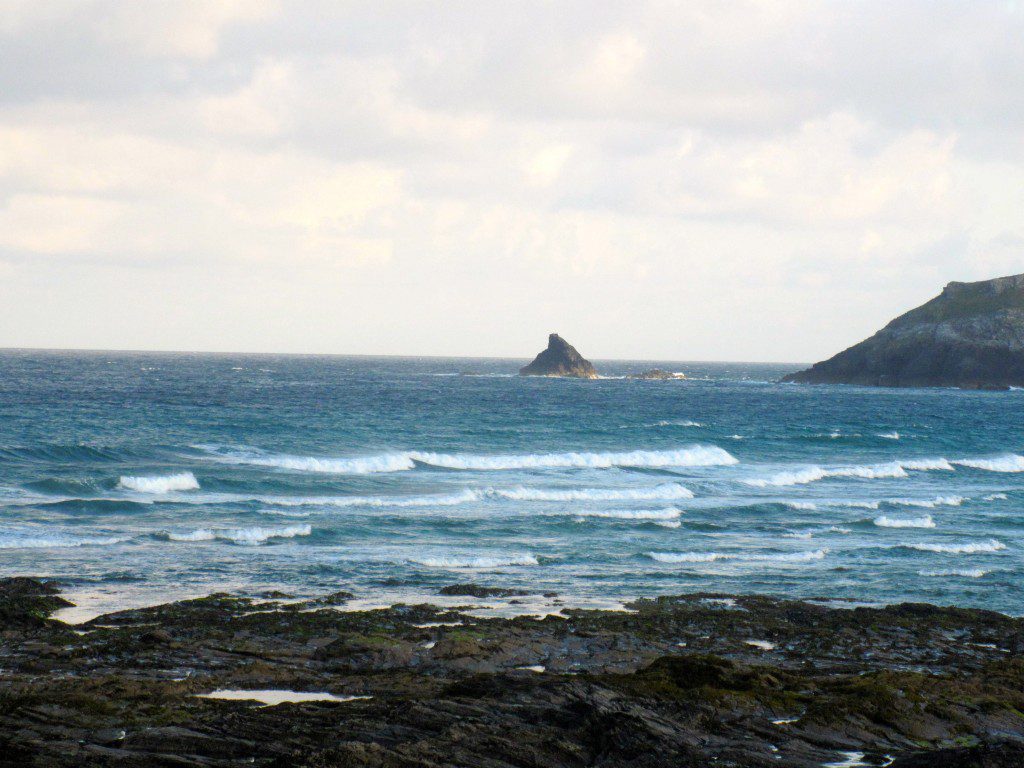 It’s bright enough this morning but there’s a bite in that north nor’ westerly wind!
There’s a gusting and chilly wind blowing into the bay and making the two to three foot surf look more than a little wintery. That deep, dark blue sea, streaked by the brilliant white slash of broken waves. But the air temperature is mild enough and the sea temperature is pretty good for early July (almost 18 deg C).
The surf is a little windswept, the north in that wind allowing it to whip the tops of those waves, helping some of the lefts to bowl out more than they would want to. It’s quite setty for a short period swell, some of those sets holding just a little better shape.
The tide is halfway out right now, so things should improve as it turns later on this morning. But the wind is set for the day, that blustery north north westerly chilling the sunbathers and bumping the surf.
HTC is looking favourite, especially on these low tides. It’s pretty much flat around here this morning, well, it’s not flat but there’s not much in the way of rideable waves!
There’s a jumble of bouncy and sloppy six inch to one foot waves being pushed in by that busy north westerly wind. Onshore slop is the order of the day and this wind is set to blow all day. And so the waves will probably build a little in size this morning, a bit mixed up, a bit messy and a bit choppy but there will be little waves to bounce around on if you’re going to Harlyn today.
The other side will be better though!

Deja vu again, again, again!
That north westerly wind isn’t in a rush to go anywhere, not yet, not for a few days!
As well as making a mess of any waves that are struggling into the bays it is also killing the swell. Or at least, it’s not helping any swell.
And so we are looking at another bright ‘n breezy day but with only small and choppy surf to occupy us.
I foot and choppy.
Anyone?

North westerly (onshore) winds are set to plague us for the rest of this week, those chill and blustery winds doing little to help the swell and doing less to help shape those waves that reach our beaches.
Two low pressure systems are lining up alongside each other to bring those winds down over us with a high pressure system out to the south west, occupying that spot where a swell generator could be parked.
So it’s not looking great for surf, not for a little while!
The weather, on the other hand, is looking bright and mainly dry, that same north westerly wind being an annoyance for sunbathers, justifying the lugging of those windbreaks all the way to the beach!
There should be some small and sloppy surf to ride but it is likely to be only small and quite choppy!
Have a great week, wherever you are and whatever you’re doing!